As tropical storm Sally passed by Florida and began to gain strength into a powerful hurricane it placed several sailors in distress prompting rescues.

COSCO Shipping Lines' container ship COSCO Malaysia was sailing from Port Tampa Bay, Florida to Mobile, Alabama when at 8:22 a.m. on Sunday, September 13, she received a distress call from a sailboat. Located in the Gulf of Mexico, approximately 130 nautical miles west of Florida, the sailboat with four people on board reported that it was in distress.

Working with the U.S. Coast Guard, the 8,500 TEU container ship was able to locate the sailboat named Yes Dear. Around 11 a.m. the captain and crew of the COSCO Malaysia maneuvered their 1,096-foot vessel into position and successfully took aboard the four from the small sailboat. The crew of COSCO Malaysia provided water, food, and dry clothing for the rescued party. The container ship reversed course and took the four people to Tampa where they were disembarked at approximately 9:00 p.m. local time that same evening. 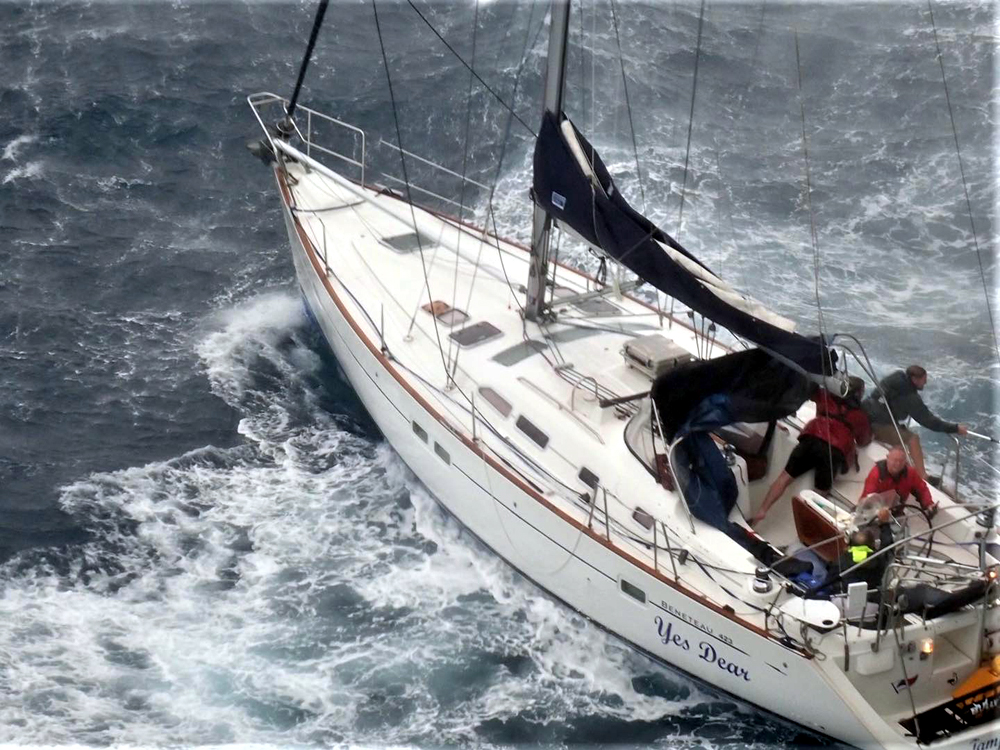 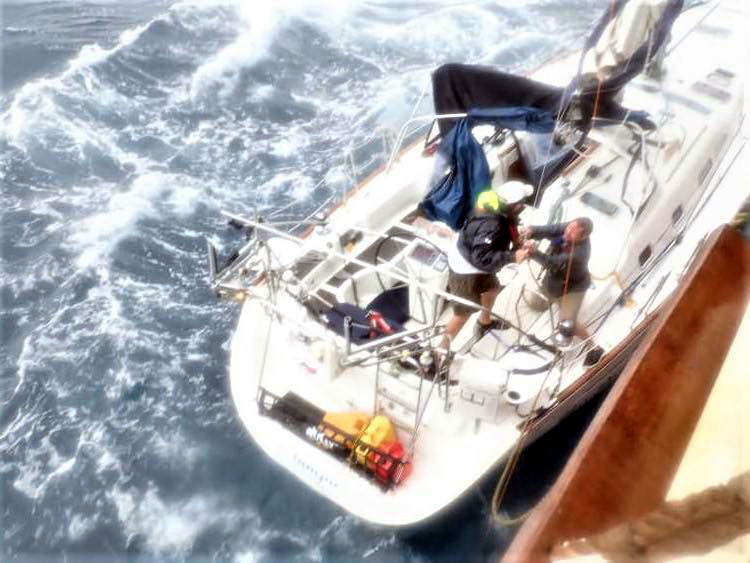 "I commend Captain Bogdan Rusu, Master of the M/V COSCO Malaysia, and her crew under the direction of the U.S. Coast Guard, for saving four sailors from a sailboat in distress,” said Paul Anderson, President & CEO of Port Tampa Bay. “We are thankful the COSCO Malaysia and her crew were able to save the sailors and bring them to safety. Mariners saving fellow mariners, this has been going on for millenniums, and part of what a mariner is called upon to do."

While the boxship was doing her part to help the people aboard that sailboat, not too far away the US Coast Guard was engaged in a dramatic overnight rescue as the storm churned up the ocean. About 14 miles off Key West, Florida, the sailboat Preston Point radioed the US Coast Guard reporting that the vessel's engine was disabled. They were adrift and in danger of capsizing.

The Coast Guard dispatched an MH-65 Dolphin helicopter rescue crew from Air Station Miami along with the cutter Raymond Evans to undertake the rescue. Once the Dolphin helicopter aircrew located the sailboat, a rescue swimmer was lowered into the 6 to 10 foot seas with winds gusting between 23 and 35 mph. The rescue swimmer attempted to reach the sailboat, but due to the seas and the drift of the vessel, was unable to reach the sailboat.

The dangerous situation was further compounded by the helicopter running low on fuel and forced to depart the scene. An Air Station Miami HC-144 Ocean Sentry aircrew was also launched to assist the rescue swimmer who was still in the raging ocean unable to reach the sailboat.

The Coast Guard cutter Raymond Evans arrived on the scene and launched one of her rescue boats. The small boat crew was able to locate the rescue swimmer and brought him aboard the cutter in good condition but exhausted from his ordeal. Later the small boat crew also rescued the two people from the sailboat.