Two sailors are safe after their 37-foot sailing vessel sustained severe damage when it ran aground, stranding them on a small remote island near Malden Island, Kiribati in the Pacific Ocean.

The men were en route to Tahiti from Lanai, Hawaii, when they ran aground on a coral reef in their vessel, Hina Nui. One of the sailors contacted his wife via satellite phone to relay their distress. The men reported irreparable damage to the sailboat, but that they were safe and uninjured. 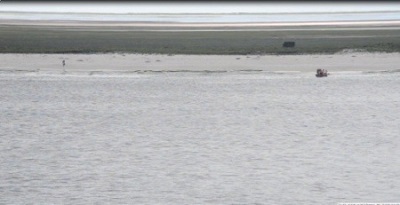 Coast Guard watchstanders identified the nearby Celebrity Solstice, a 963-foot cruise ship, approximately 184 miles from the stranded mariners. The cruise ship agreed to divert course to rescue the two men.

The Celebrity Solstice is currently en route to its next port call to the Hawaiian Islands. 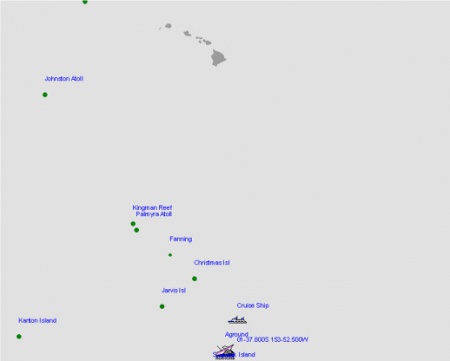