Fincantieri, which in late 2020 delivered three new cruise ships, today floated out one of the cruise ships the yards currently have under construction in Italy. The 40,700 gross ton Silver Dawn being built for Royal Caribbean Group’s Silversea Cruises left the dry dock at the Fincantieri shipyard in Ancona, Italy, moving to the fitting out pier. Over the next ten months, the shipyard will complete the interior appointments for the ship which will accommodate 598 passengers in 298 ocean-view suites.

Scheduled to be delivered in November 2021, the Silver Dawn is the third sister ship in the Muse-class series, and part of a long-term plan to grow the cruise line’s luxury fleet. The first of the ships, the Silver Muse, was built in the Fincantieri shipyard of Sestri Ponente (Genoa) and delivered in April 2017. The second ship, the Silver Moon, was delivered in Ancona in October 2020, and is among the cruise ships built that have not yet entered service. 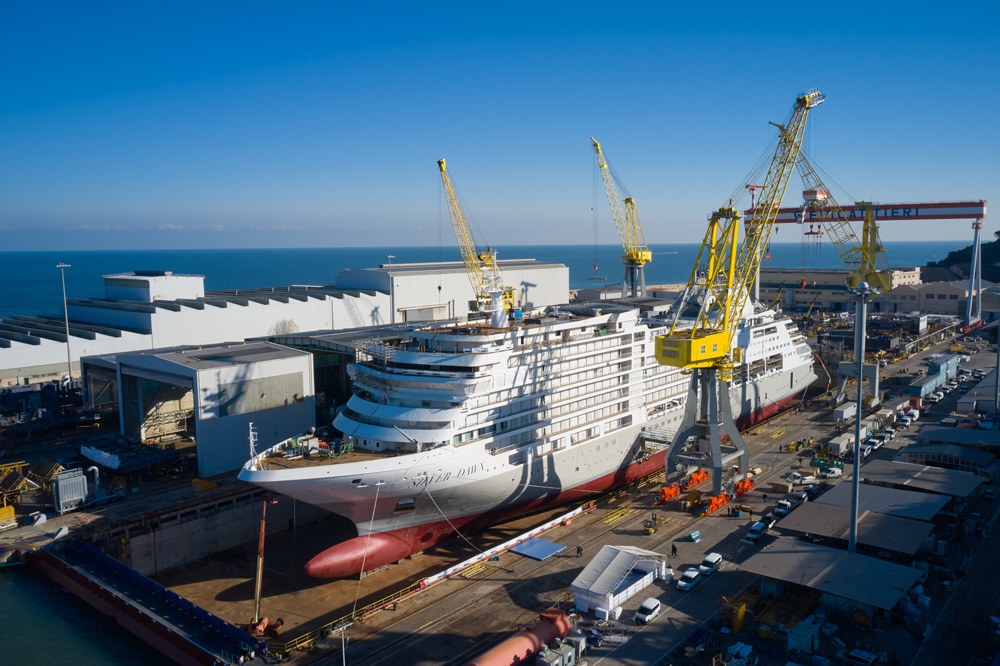 Silver Dawn at the shipyard in Ancona, Italy - Fincantieri photo

“Based on the very successful design of Silver Muse, Silver Dawn is the fourth ship we will have built for Silversea. For a shipbuilder there can be no better acknowledgment than the one of a demanding and prestigious owner who welcomes innovation with enthusiasm,” said Luigi Matarazzo, General Manager Merchant Ships Division of Fincantieri. “We are therefore extremely proud to celebrate the launch of this ship. She consolidates the technological and management leadership of our group, which takes on an even greater value in the very challenging situation we are experiencing.”

In addition to the Silver Dawn, work is proceeding at the Fincantieri yards on other cruise ships that they plan to deliver in 2021. Among those ships is the second cruise ship for Virgin Voyages as well as an additional sister ship for Viking. In October, Holland America Line’s new Rotterdam was floated out and she is due for delivery in mid-2021, making her the only additional cruise ship that Carnival Corporation will be taking delivery on this fiscal year. MSC Cruises is also expected to take delivery on its new cruise ship the MSC Seashore, which is an enlarged version of the MSC Seaside introduced in December 2017. 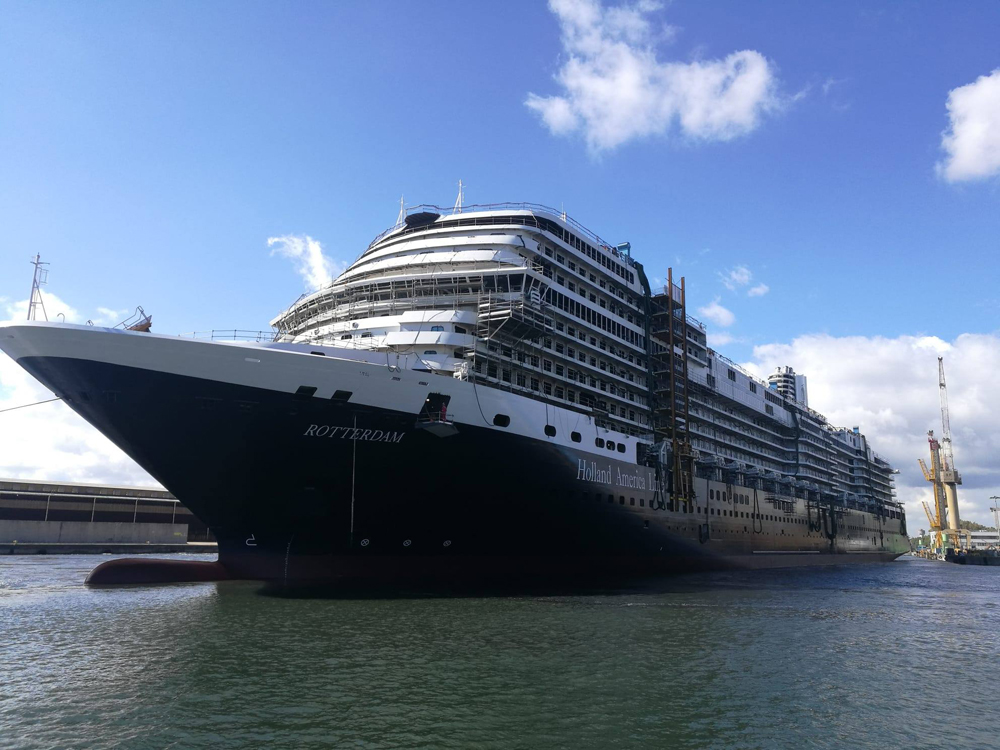 Rotterdam was floated out in October 2020 - Holland America Line photo

In Finland, at Meyer Turku, work also began this week on the next large cruise ships being built for Carnival Cruise Line, the Carnival Celebration. The yard recently delivered the 180,000 gross ton Mardi Gras to Carnival, which will become the first LNG-fueled cruise ship operated from the United States. The steel cutting ceremony on January 13, marked the beginning of work on a sister ship which is scheduled to enter service in November 2022 towards the culmination of the fiftieth anniversary celebration for Carnival Cruise Line. Today the world’s largest cruise company, it traces its origins to March 1972 when the first Mardi Gras, which was a repurposed Atlantic liner, began sailing from Miami to the Caribbean. 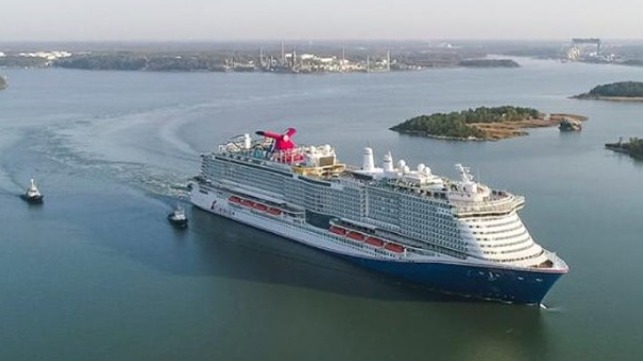 Also at the Meyer yard in Turku work is proceeding on another cruise ship based on the same design which is also the second LNG cruise ship being built for Costa Cruises. The Costa Toscana is scheduled to commence service in December 2021 sailing from Santos, Brazil. In the summer of 2022, she will cruise in the Mediterranean.

The shipyards have worked successfully with the cruise lines to maintain the industry’s massive order book, estimated to be worth more than $60 billion and lasting till 2027. Historically new cruise ships have commanded higher premiums in the market and attracted more interest from travelers, elements the industry expects will help to contribute to its recovery.