Cruise Passengers to be Quarantined with Quokkas

Australians disembarking from cruise ships in Fremantle, Western Australia, will be required to spend 14 days in quarantine on Rottnest Island - a famous tourist destination for the “quokka selfie” phenomenon.

The 800 Australians on board the Vasco da Gama are due to be ferried to the island on Friday. Rottnest Island is about 19 square kilometers (7.3 square miles) and is located 20 kilometers (11 miles) from Fremantle. It is a tourist destination renowned for its beaches and for the marsupial, the quokka. The passengers undergoing quarantine will be housed in tourist accommodation. 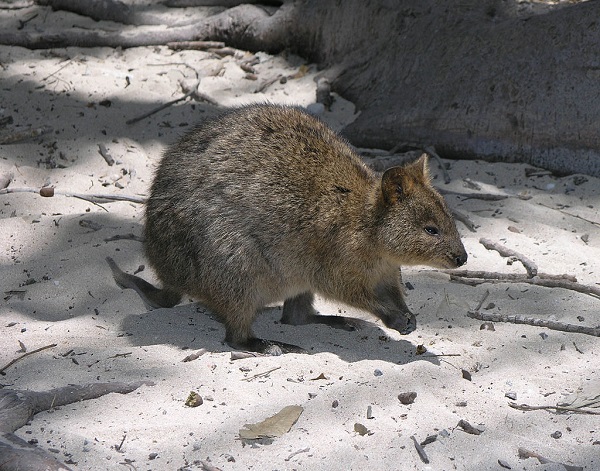 Foreigners, including passengers from New Zealand and the U.K. will remain on the ship until they are flown home.

There are currently two other cruise ships off the Western Australian coast: the Magnifica and the Artania. The Magnifica reportedly has 250 unwell passengers on board and has been allowed to refuel in Fremantle without allowing passengers to disembark. However, she has now been denied access to her next planned stop in Dubai.

The Artania has also reported 25 unwell passengers - a passenger that has already left the vessel has tested positive for COVID-19.

So far, about a quarter of COVID-19 cases in Western Australia have been linked to cruise ships, and the government there has been critical of how the New South Wales government handled the arrival of the Ruby Princess. “I won’t allow what happened in Sydney to happen here. That was a complete and utter disaster,” said Western Australian Premier Mark McGowan.

Over 130 passengers allowed off the Ruby Princess in Sydney on March 19 have tested positive for COVID-19. One died earlier this week, bringing Australia's COVID-19 death toll to eight. The vessel had been considered low-risk, and the 2,700 passengers were allowed to travel home as normal but asked to self-isolate for 14 days.

The Ruby Princess departed Sydney on March 8 on a round-trip journey to New Zealand. On her return, New South Wales Health requested a log of details of passengers and crew presenting with fever or acute respiratory symptoms along with any test results. The senior doctor on the Ruby Princess notified New South Wales Health that viral swabs had been collected for a few cases of febrile influenza - negative tests - and that those people had been isolated. The doctor also requested an ambulance transfer for a couple of passengers who had other unrelated illnesses.

So, when the vessel came in to port on March 19, six ABF officers and four Department of Agriculture officials boarded the vessel, but there were no New South Wales Health officials present. Yet, says Outram: “Look, we're all in this together here in Australia, let's be honest. We have to work together. We don't want to be standing around, pointing fingers at each other, apportioning blame. But the public need to know facts. That's why I've come out and stated facts today. People can make their own minds up about what went wrong and no doubt, further down the track, there'll be lots of inquiries about what happened and who said what to who and who sent what emails.

“But for now, what I'd like to do is carry on working with the state and territory health departments, the police, the governments, industry and others and our communities to get through this really difficult time.”

Maersk and MSC, the world's largest ocean carriers and the two primary partners of the 2M alliance, have implemented deep cuts in service on the core Asia-Europe trade lanes due to the COVID-19 outbreak. This new round of cuts is driven by falling demand in Western consumer markets, not by the supply disruption in China that forced carriers to slash dozens of sailings in February and March.  The new cuts include a temporary suspension of the 2M AE20/Dragon and AE2/Swan...

Long after their passengers have returned home, most of the world's full-size cruise ships retain a sizeable crew complement, and some of these vessels are beginning to report COVID-19 cases or symptoms consistent with COVID-19 on board.  In addition to the passenger-involved outbreaks aboard Diamond Princess, Grand Princess, Ruby Princess, Costa Luminosa, Costa Victoria, Braemar, Silver Shadow, Silver Explorer, Artania and Zaandam, multiple cruise ships have reported either positive test results or flu-like illness among the crew during the ongoing layup...

The Australian Antarctic Division will use the ice-class multipurpos vessel Everest to resupply its Antarctic stations and sub-Antarctic Macquarie Island next summer as Aurora Australis has been retired. The Everest is operated by Dutch company Maritime Construction Services and is capable of navigating in ice up to one meter thick. She will operate instead of Australia's new icebreaker RSV Nuyina after the newbuild's delivery date has been delayed. The 140 meter long ship was built in 2017 and will be used for...

The first Eastbound train on Maersk’s AE19 service was dispatched from St. Petersburg port in the eastward direction on March 28, carrying goods from Europe to Asia. The overall transit time of the new intercontinental service from ports in North Europe to ports in Korea and Japan will be between 23 and 32 days, which is a reduction by half compared to 52-57 days via the traditional ocean route. The train loaded with plywood and chemical products from North Europe...