The container vessel MSC Fabiola went aground Thursday at the southern end of the Suez Canal, reportedly blocking traffic.

"For the ship to run aground at such an unfortunate place is rare," said Jacob Guldager of Leth Agencies, speaking to ShippingWatch.

Media reports suggest that shipping is blocked while salvors attempt to refloat the Fabiola.

47 vessels passed through the Canal on Thursday, and the Fabiola was the largest southbound ship, the Canal Authority told Egyptian media. It made no mention of the grounding in its Thursday announcement, and as of Friday, the Authority had not updated its online daily vessel count to reflect recent traffic. 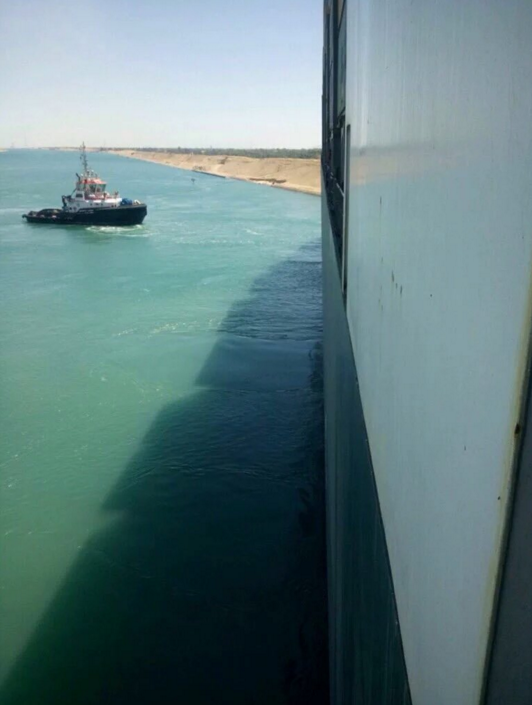 Vessel tracking data from MarineTraffic showed the Fabiola against the canal's western bank, midway between Great Bitter Lake and Suez, a single lane area not included in the New Suez Canal expansion project. The expansion's parallel canals permitted traffic to continue unimpeded during a similar incident in February, when the New Katerina grounded just north of Ismailia. The salvage effort for the New Katerina took 12 days, including lightering and hull repairs.

While estimates may not reflect vessels with AIS turned off or temporarily out of range of shoreside receivers, at least 35 commercial vessels were shown stationary or moored on the canal or on Great Bitter Lake, to the north of the Fabiola's position.

The 12,500 TEU Fabiola is known in the U.S. for her arrival in San Francisco in 2012, when she became the largest vessel ever to pass under the Golden Gate Bridge and enter the Bay.