China celebrated the commissioning of a new large maritime patrol vessel that the authorities said would permit the coast guard to enhance its operations in the deep sea. The vessel, the Hai Xun 09, is China’s first in a new class of patrol ship over 10,000 tons and features advanced technologies.

Reports on China Central Television said that the vessel will be used both for “cross-sea safety patrols and emergency search and rescue efforts. It will serve as a mobile law enforcement platform for maritime patrols as well as emergency coordination and command and command of pollution prevention.”

The Hai Xun 09 will be operated by the Guangdong Maritime Safety Administration. Observers noted that the administration is also responsible for the South China Sea region that has become increasingly tense as China expands its activity in the region.

Chinese media reports are saying that the vessel has a full load displacement of 13,000 tons, which if accurate would make it the country’s largest patrol vessel. China has at least two other cutters over 12,000 tons loaded displacement, but most of China’s patrol ships have a displacement of approximately 5,000 tons. 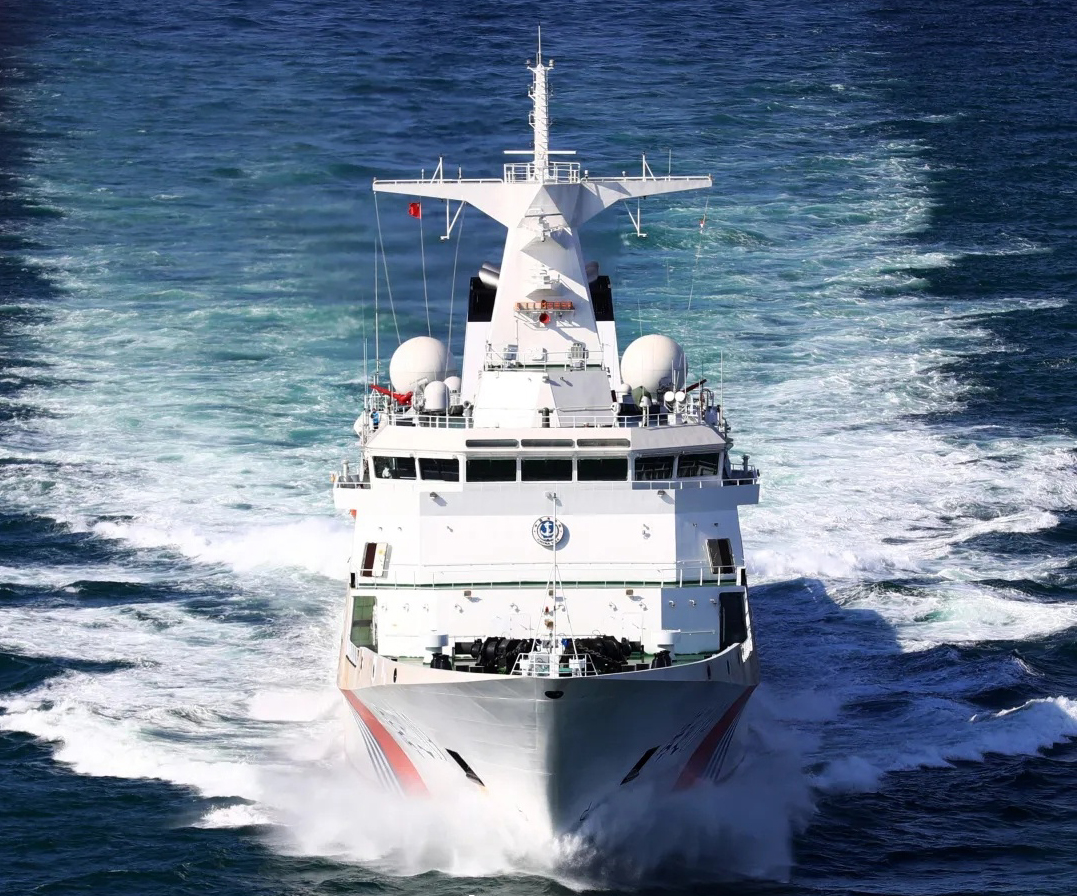 Construction for the vessel began in May 2019 at the China State Shipbuilding yard in Guangzhou. It was launched in September 2020. It has a length of 541 feet and a beam of 67 feet. The ship can reach a top speed of 25 knots, although the normal operating speed will be 16 knots, which will give it a maximum endurance of 10,000 nautical miles. It was designed to sail up to 90 days between being supplied with fuel and food.

CSSC is calling the vessel the first intelligent, large scale patrol boat saying it is world-class in its design and equipment. To permit it to strengthen China’s marine traffic dynamic control and emergency support capabilities, it is equipped with a data center with satellite communications systems.

The vessel also has medical rescue capabilities and a helicopter landing deck. It is also equipped with water cannons. Video released by CSSC also shows a broad range of amenities for the crew.

(photos and video from CSSC/Weibo)