The 103-meter future HMCS Margaret Brooke is now pier side at Halifax Shipyard where work continues to prepare the ship for sea trials and handover to the Royal Canadian Navy late next year. 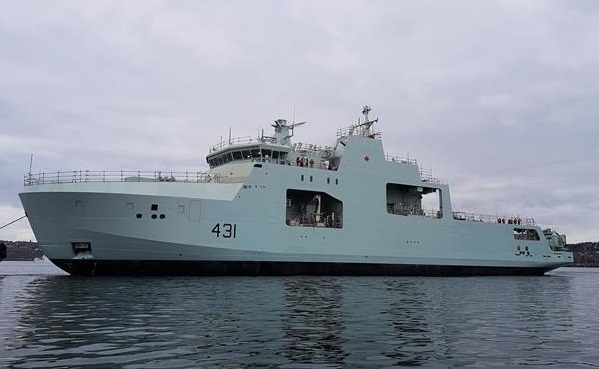 The Arctic and Offshore Patrol Vessel will be capable of conducting armed presence and surveillance operations throughout Canada’s waters, including in the Arctic. They will also be capable of participating in international operations such as humanitarian assistance, emergency response, anti-smuggling, anti-piracy and international security and stability.