The legislation complements the existing voluntary Tanker Exclusion Zone, which has been in place since 1985. The Act includes penalties that match the scale of a violation and could reach up to $5 million.

The Act aims to provide a high level of protection for the coastline around Dixon Entrance, Hecate Strait and Queen Charlotte Sound. The moratorium area extends from the Canada/U.S. border in the north, down to the point on British Columbia’s mainland adjacent to the northern tip of Vancouver Island, and also includes Haida Gwaii.

To ensure northern communities can receive critical shipments of heating oils and other products, vessels carrying less than 12,500 metric tonnes of crude or persistent oil as cargo will continue to be permitted to stop, load and unload in the moratorium area.

Related oil products the moratorium applies to include:

Related oil products the moratorium does not apply to include:

The Act requires a one-time mandatory five-year review of the legislation that will enable the appropriate Committee of Parliament to study the full application of the Act.

Since the Oceans Protection Plan started in November 2016, over 50 initiatives have been announced in the areas of marine safety, research and ecosystem protection that span coast-to-coast-to-coast.

“Our Government has a plan to protect the environment,” said Garneau. “The Oil Tanker Moratorium Act formalizes a long-standing objective of protecting the pristine north coast of British Columbia. It conserves the unique ecological features of this region and responds to the wishes of coastal Indigenous communities. Thanks to the progress we are making on initiatives like this, Canada’s coasts and marine species are more protected than they have ever been.” 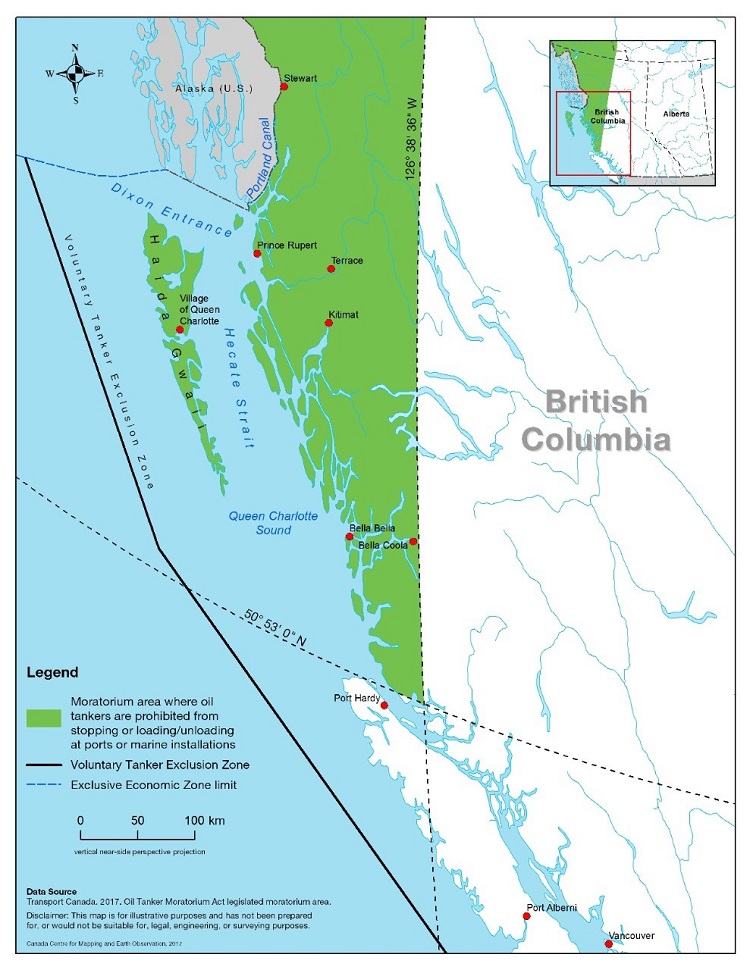