Belgium has become the first country in the European Union to launch a program to provide COVID-19 vaccinations for seafarers. The effort, which began on June 1, joins a growing number of countries that are launching programs to make the inoculations available to the maritime community.

The vaccination program for seafarers started in the presence of the Deputy Prime Minister and Minister of Justice and the North Sea, Vincent Van Quickenborne. The vaccinations are currently taking place in the Port of Antwerp and will also begin in the Port of Zeebrugge in the coming days. The goal is to vaccinate approximately 2,200 seafarers this month.

“Seafarers are important to our economy, with 90 percent of what we consume arrive by sea. At the same time, seafarers live at sea in closed groups for a long time, which can be dangerous should there be a corona outbreak onboard,” said Minister Van Quickenborne. “With a vaccine, we are not only offering Belgian seafarers the security to work in those unique circumstances but also the ability to travel safely and smoothly to foreign ports. Belgium is the first country in Europe to vaccinate seafarers. In this way, we can guarantee the continuous operation of shipping.”

Dr. Rob Verbist, the General Practitioner of Mediport, who is overseeing the program in the Port of Antwerp explained that seafarers 41 years and older are receiving the single-dose Johnson & Johnson vaccine. He said this is the most practical for their working situation. Younger persons will be receiving the Pfizer vaccine, and they will have to return to the port within five weeks for their second shot. 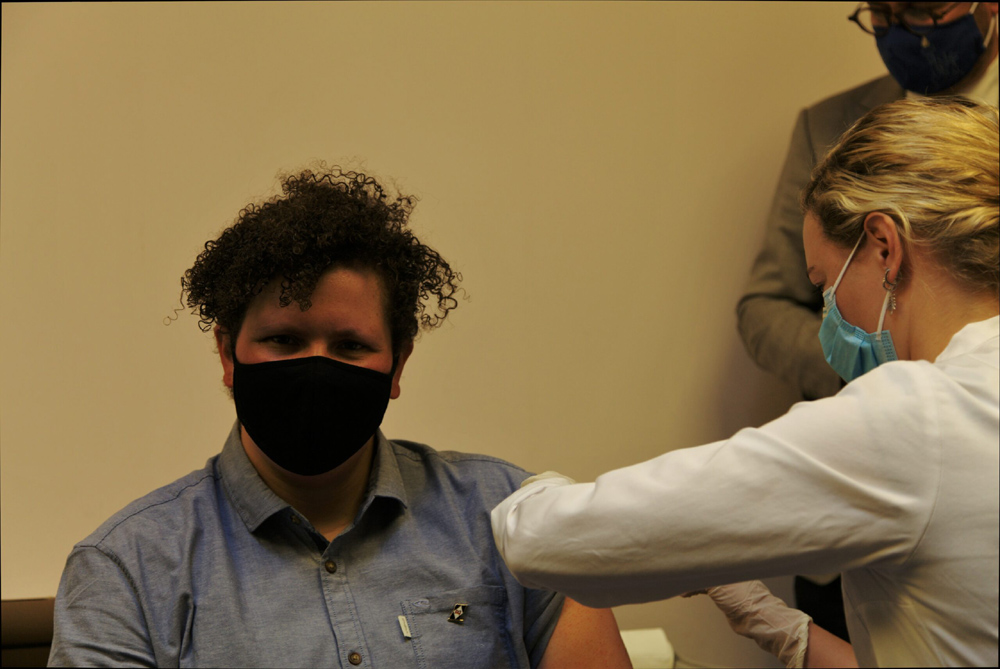 This month, the Netherlands also will start a program to vaccinate all seafarers working on Dutch ships, regardless of the seafarer’s nationality. The Netherlands said approximately 49,000 single-dose vaccines would be made available to seafarers. The program will be spread over months so far to make it possible for seafarers to receive their inoculations during leave or to travel home or to a ship.

Efforts are also continuing at major ports around the United States. Locally organized they were providing vaccinations to seafarers on ships calling at the ports or in clinics set up in the ports. On June 2, Federal Maritime Commissioner Louis Sola also sent a letter to the governors of California, Maryland, New York, and Washington states urged their states to vaccinate seafarers working on cruise ships as the cruise industry prepares to restart. Sola said it would help to support efforts to restart the economy and support building back the tourism industry.

Despite the increasing efforts, the results of an ongoing survey previewed yesterday by The Bahamas Maritime Authority found that the vast majority, 87 percent, of seafarers are still to receive a vaccine. Of the respondents to The Seafarer COVID-19 Welfare Survey, BMA said 86 percent reported that they would be willing to have the vaccine if it was offered to them and 65 percent of seafarers said they would feel safer if they had been vaccinated. Initial results also show that more than half of those who have been at sea during the pandemic have been impacted in terms of shore leave and ability to get on or off a vessel.