Following the slaughter of a hybrid blue-fin whale in Iceland earlier this month, the Animal Welfare Institute (AWI) has issued a statement saying that, contrary to some media reports, the animal was both protected and important.

Initially, Sea Shepherd volunteers monitoring the Hvalur hf whaling station in Hvalfjordur, Iceland, claimed to have documented the slaughter of an endangered Blue whale on the night of July 7. Subsequent DNA testing showed the animal (dubbed Whale 22) to be a hybrid blue-fin whale. 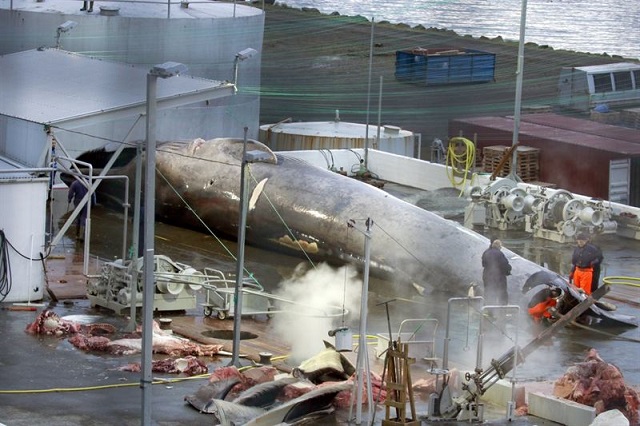 AWI said in a statement that although Whale 22 - the whale killed last week by Icelandic whaling company Hvalur hf - appears to be a hybrid blue-fin whale, as recently reported by Iceland’s Marine and Freshwater Research Institute, it is still highly protected. The blue whale is listed as a “Protection Stock” by the International Whaling Commission (IWC), which means that commercial whaling on this species is prohibited. (See paragraph 10(c) of the Schedule to the International Convention for the Regulation of Whaling (ICRW)). Iceland holds no special exemption from this provision. As Iceland did when its whalers killed a blue-fin hybrid whale in 2013, the country must report this kill as an infraction to the IWC.

The Convention on International Trade in Endangered Species of Wild Fauna and Flora (CITES) prohibits international trade for primarily commercial purposes in species listed on its Appendix I. These include fin and blue whales. CITES takes a precautionary approach to the management of hybrids of species listed in its appendices. (See CITES Res. Conf. 10.17 (Rev. CoP14) on animal hybrids)). A blue-fin hybrid must be treated as both an Appendix I fin whale and an Appendix I blue whale.

Iceland is the only CITES party that holds a reservation exempting it from the Appendix I listing of both blue whales and fin whales. Even though Whale 22 has been determined by DNA analysis to be a blue-fin hybrid whale (with a fin whale father and a blue whale mother), Iceland can export products from its recent whale kill, but all other CITES members are barred from buying them. Among the members that would be prohibited from buying products sourced from Whale 22 are Iceland’s regular whale-trading partners, Norway and Japan.

Iceland’s reservation is controversial and is not recognized by 19 governments, including the U.S., the U.K. and Germany,” says Kate O’Connell, marine animal consultant for the AWI in Washington, D.C.

There have been references to possible blue-fin hybrid whales for many years, with Norwegian whalers referencing apparent mixed whales as far back as the 1880s, but it is only with the advent of DNA analysis that such animals can be identified. “Having seen photos of at least four hybrids, they can have very different characteristics,” says O'Connell. “For example, a well-known hybrid that has been seen regularly off north Iceland for a number of years has mottling like a blue whale, but  a darker color overall more similar to a fin whale. On the other hand, a hybrid killed in 1986 had lighter coloring that was closer to a blue whale, as did Whale 22. What is really interesting is that it appears that some of these hybrids are actually able to reproduce. The 1986 hybrid was pregnant, and the fetus was analyzed, and it was found that the 1986 hybrid whale had mated with a blue whale.

“It is too soon to determine if we are seeing a new species or sub-species, but the Whale 22 incident highlights the need for caution; the next time, a blue whale might be the target of Hvalur’s harpoons. Commercial whaling lacks independent oversight and control, and this cruel and unnecessary industry has no place in modern society,” she said.

AWI and other organizations are calling on Icelandic government authorities such as MAST and Fiskistofa to ensure that all products from Whale 22 are isolated and not allowed to be processed for export or domestic use. 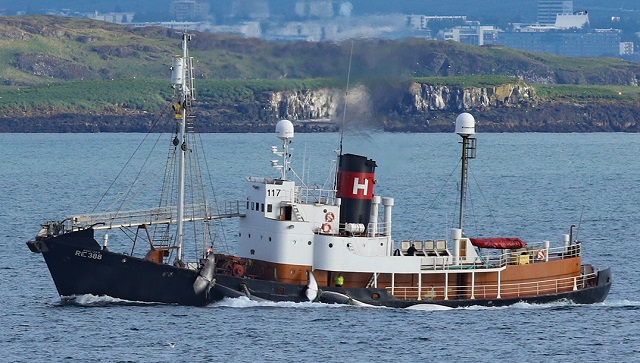