Australian authorities reported the seizure of 200 kilograms of cocaine with an estimated street value of more than US$70 million that was being smuggled into the country aboard an MSC containership. An elaborate multi-agency operation was staged to track and capture the drugs as a local man attempted to land them in the Sydney area.

The Australian Federal Police reported that they obtained intelligence nearly a week ago concerning a cargo vessel allegedly containing a large quantity of cocaine bound for Australia. They established Operation Poitiers with the New South Wales Police Force, Australian Border Force, New South Wales Crime Commission, and the Australian Criminal Intelligence Commission to intercept the narcotics and arrest the individuals responsible for the smuggling operation.

Australian authorities were tracking the Panama-flagged MSC Joanna, a 177,333 dwt boxship during its approach to Australia. AIS data shows that the vessel had departed Europe in February transiting the Suez Canal before making stops in route to Australia. Through Maritime Border Command, ABF officers provided ongoing monitoring of the vessel, including planning the aerial and on-water response.

Aerial surveillance observed a local man launching a small boat from the suburbs of Sydney before sunrise on March 11 and traveling out to sea to meet the MSC Joanna off the coast of Sydney. Police allege that 11 green lidded crates containing 199 blocks of cocaine were offloaded from the containership at sea and transferred to the smaller vessel. The smaller vessel then made its way back to shore where it was intercepted by New South Wales Police Force officers.

A 27-year-old South Australian man was arrested and appeared in Sydney Central Local Court following the seizure of approximately 200 kilograms of cocaine. He is being charged with various counts related to the importation and possession of cocaine.

Following the arrest, the police also followed the MSC Joanna until it docked at Port Botany. Police executed a search warrant on the vessel, with the assistance of ABF officers and the Detector Dog Unit. The police did not report any arrests aboard the containership or the nature of their investigation and who aboard the ship might have assisted the smuggling. They also did not provide details on when and how the drugs might have been placed aboard the containership.

Forensic specialists are currently examining the drugs seized and will be conducting further testing to determine the exact weight and purity of the drugs. Investigations are continuing into the man's alleged associates and the transnational criminal syndicate allegedly behind the drug importation. 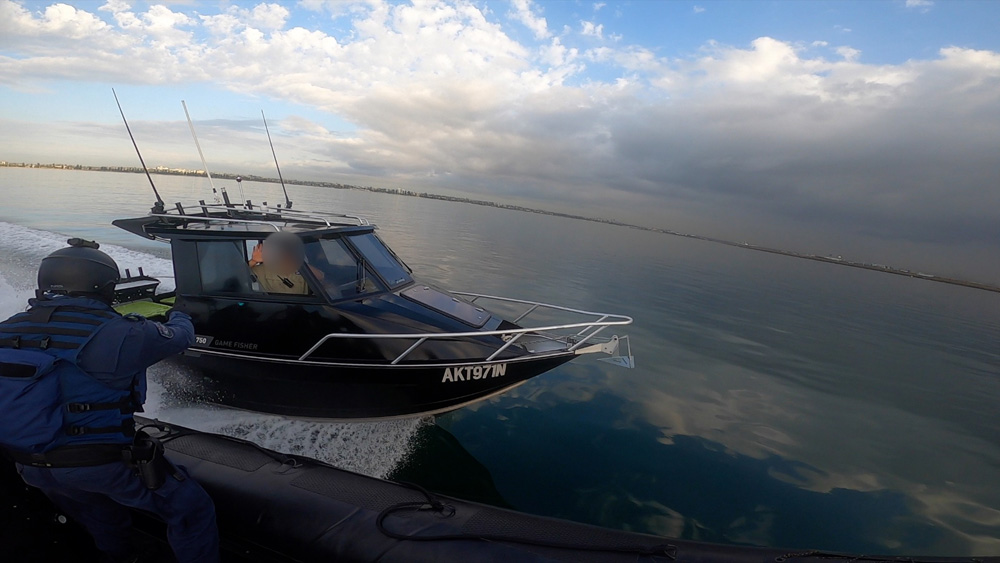 Arrest of the suspect in the small boat 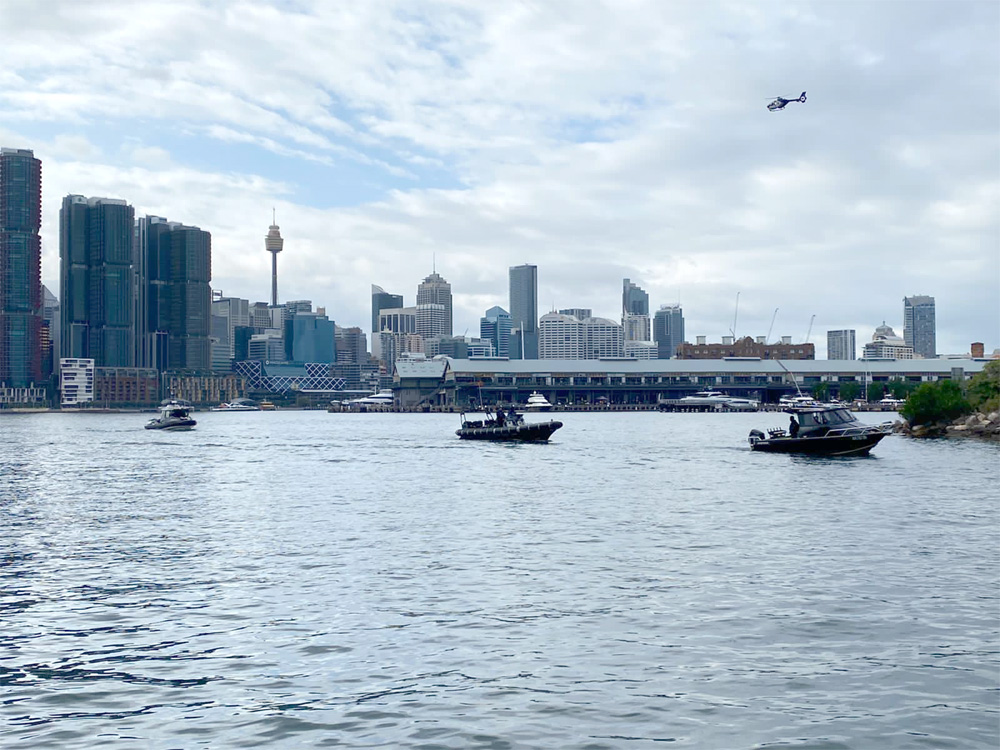 Small boat being escorted to harbor 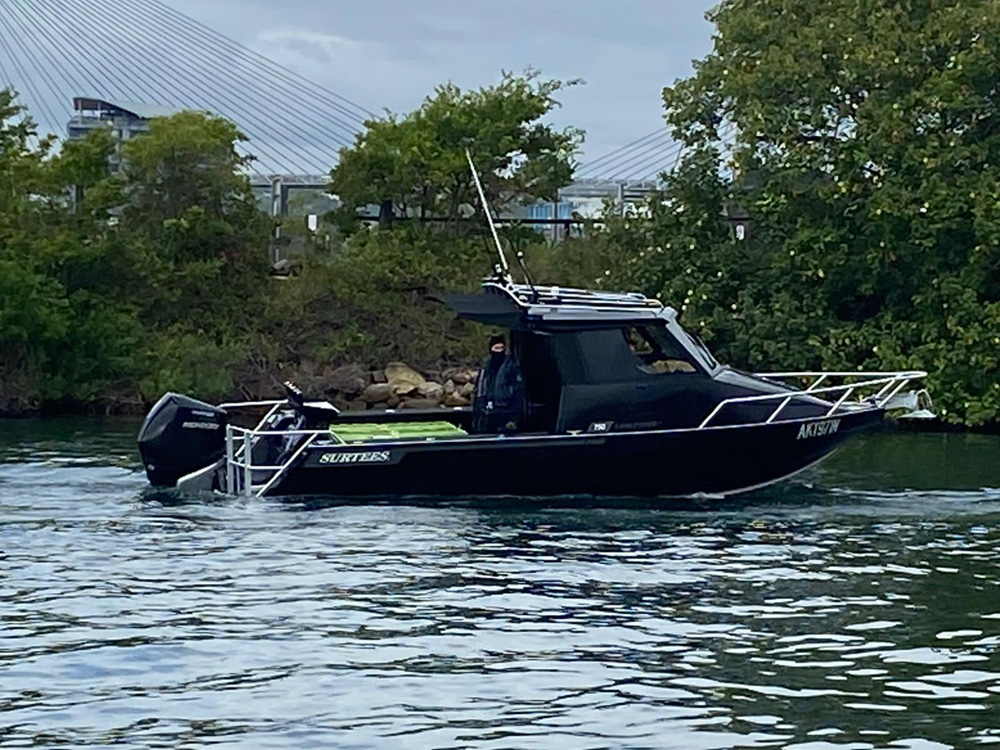 Boat with the tubs containing the cocaine 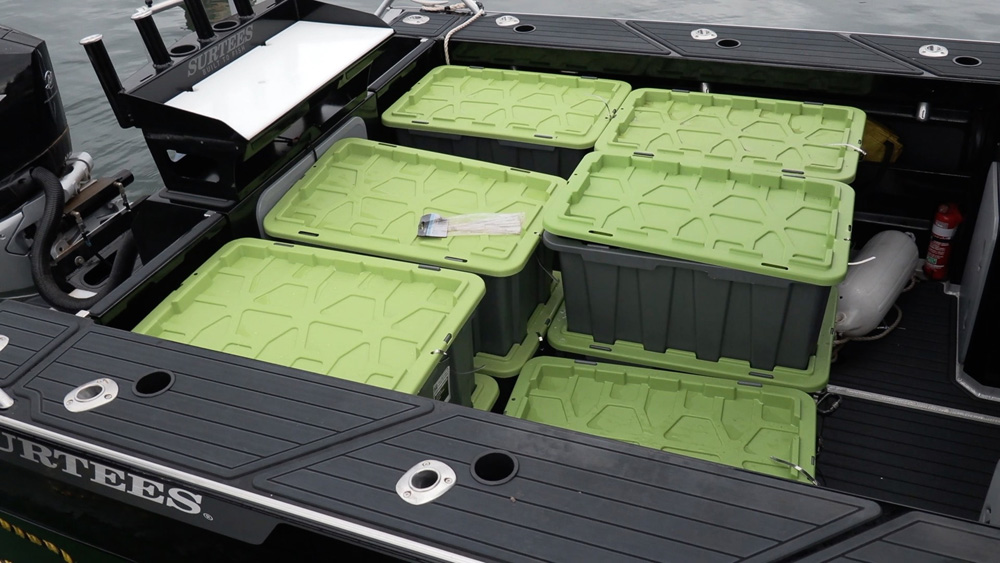 Tubs offloaded from the containership into the small boat 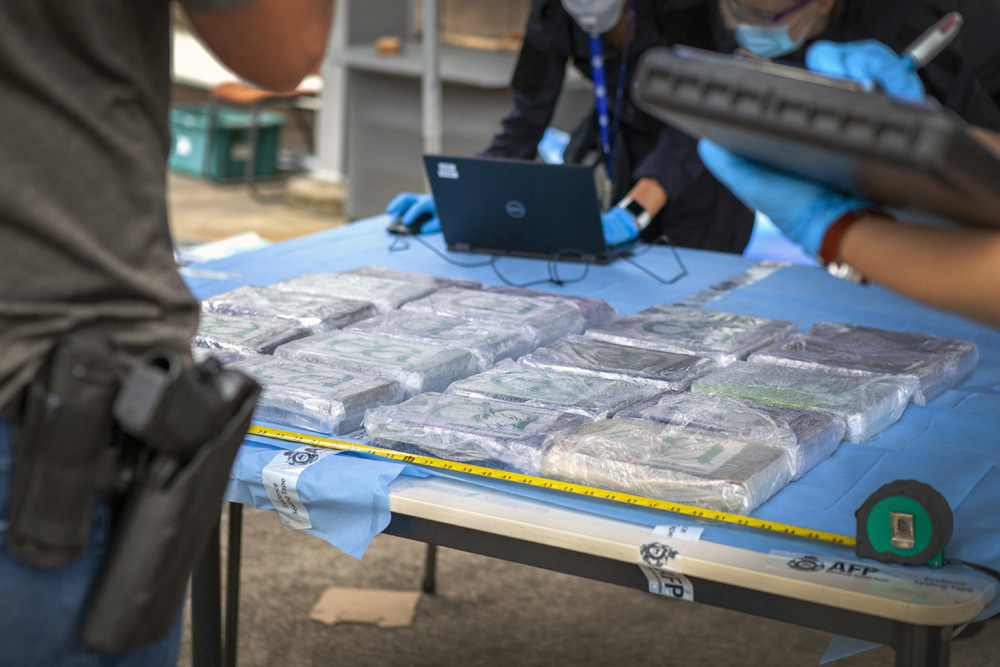 Inventory of the cocaine seized

All photos and video courtesy of Australian Federal Police