A group of protesters seeking to highlight their concerns that Australia is not doing enough to combat climate change is disrupting the coal operations in and around the Port of Newcastle, the world’s largest coal exporting facility. Calling their organization Blockade Australia, they are entering their second week of ongoing random demonstrations and actions disrupting the train lines and now one of the loading operations in the port.

The Port of Newcastle located on the southeast coast of Australia and coal mining are among the largest industries in Australia, both fueling domestic industry and providing a significant source of export income to the country. The coal trade is estimated to contribute more than A$26 billion (US$19 billion) annually to the economy. The port currently handles 4,400 ship movements and 164 million tons of cargo annually.

“Here I am abseiled off the world’s largest coal port,” one of the protesters declared live-streaming her demonstration from the port on social media. “We’re stopping this coal terminal from loading all coal into ships and stopping all coal trains.”

Shortly after live-streaming her protest, and while still suspended by a rope above one of the large coal heaps and stopping the operations, the police arrived to arrest Hannah Doole, age 21, and her friend and fellow protester Zianna Faud, age 28. Faud appeared before a local magistrate and after pleading guilty was given community service and a fine while ordered to cease her protests and not associate with her fellow demonstrators for the next two years. Doole and others from the group remain in jail awaiting their court appearance. 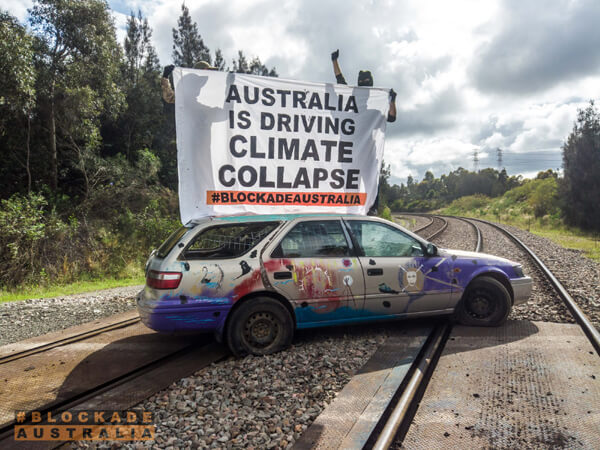 The protests began on November 5 and now are entering their ninth consecutive day. They have ranged from a 64-year-old man climbing atop one of the freight trains and unfurling a banner to protesters lying down or chaining themselves to the rail track. On several occasions, they parked cars on the train line while one man suspended himself from a tripod positioned over the main rail lines into the port. Police said in addition to their bodies they have used ropes and even glue to disrupt the operations of the multibillion-dollar coal industry. During one of their recent efforts when they were able to get onto the coal machinery the protesters pressed the emergency stop switches.

The Environmental Minister for the Australian state went on air calling for the police to “throw the book,” at the protesters. Deputy Prime Minister Barnaby Jones said in a statement that the group has already disrupted A$60 million (US$43.6 million) in coal exports while highlighting the vital contribution to the economy. Despite concerns over the environment, the Australian government has said the reality is that the country will be mining and exporting coal for “decades to come.”

“It is nothing short of economic vandalism,” the head of the New South Wales police told reporters. The police formed a task force to respond to the demonstration. Local officials have highlighted that the protesters face charges with sentences ranging from seven to as many as 25 years in jail, but so far it has not dissuaded the protesters. The simplest charges are for trespassing or disrupting operations while those endangering safety or creating danger on the rail lines are facing the more severe penalties.

“We are running rings around the police and the push back shows that direct action is effective,” the group said in a statement to the media. The group is vowing more protests designed to disrupt economic activities in Australia culminating in a mass demonstration in Sydney in June 2022 where they vow to bring the city and country to a halt. 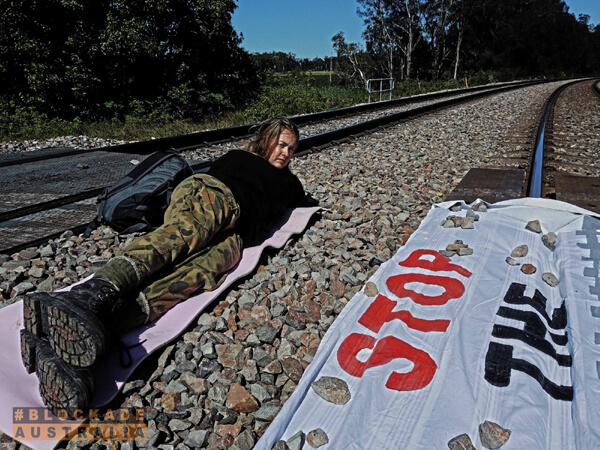 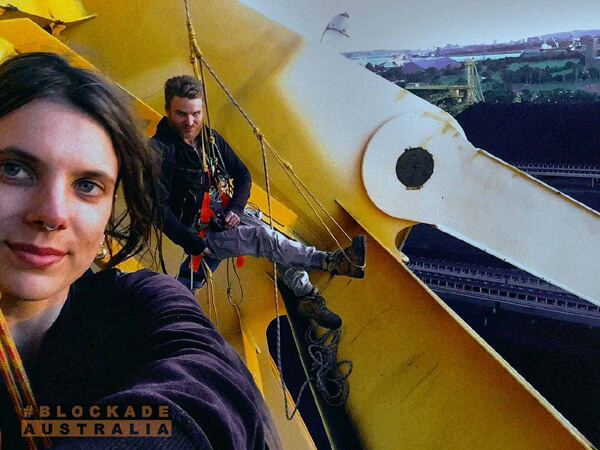