The Regional Cooperation Agreement on Combating Piracy and Armed Robbery against Ships in Asia (ReCAAP) has issued its half yearly report saying there has been an improvement in the piracy and armed robbery situation in Asia.

Four incidents in the first half of the year involved the abduction of crew from tug boats, namely Brahma 12, Massive 6, Henry and Charles 00 in waters off Eastern Sabah and Southern Philippines. These incidents, along with another seven, involved the crews being physically mistreated. 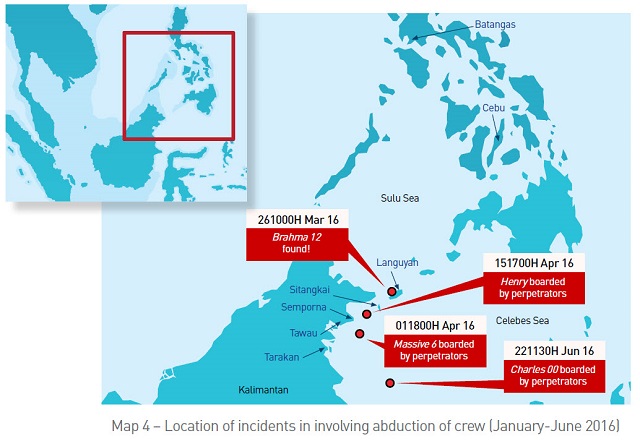 The situation at most ports and anchorages in Asia has improved this year except at certain locations in India and Indonesia. More than three-quarters of the 30 incidents reported at ports and anchorages occurred in Indonesia (Belawan, Pulau Batam, Samarinda, Semarang, Tanjung Priok) and India (Haldia, Kandla and Visakhapatnam). The remaining incidents occurred in Vietnam (Hon Cam, Hon Gai, Vung Tau), China (Longkou, Tianjin), Philippines (Batangas) and SCS (off Pulau Bintan).

ReCAAP ISC urges the littoral states to step up surveillance and the shipping industry to adopt appropriate preventive measures.