The European Union is proposing to double the size of its Mediterranean search and rescue operations after a decision to scale back naval operations last year appears to have increased the risks for migrants without reducing their numbers. 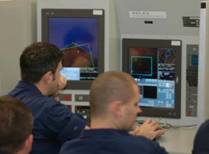 But, the EU is approaching the worsening migrant situation in the Mediterranean in completely the wrong way, says Captain John Dalby, Founder and CEO of Marine Risk Management. They are relying on ineffective (and very short range) seaborne resources to find, identify and assist the migrants - often too late to be of real use.

So what’s missing from the so-called SAR mix currently employed, asks Dalby. The willingness to detect and deter migrants before embarkation in Libya, identify and track any passages and predict their course and destination. 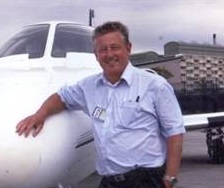 The EU ministers are concentrating on seaborne assets, and they are talking about going into Libya to destroy the fishing boats used by smugglers to try and stop the northward flow of people. “How are they going to do that?” asks Dalby. “It is just a knee-jerk reaction. Nothing has been decided or agreed. No budget has been talked about.”

The Globalert Consortium uses aircraft with surveillance technology such as infra-red and predictive radar. “We can see ships’ names. We can spot a drinks can from 10 miles out,” says Dalby.

“Having been at sea for so long, I know the disadvantages of trying to look for anything when you are at sea level. Whereas, in our case, we are at about 10,000 feet and we can see in vivid detail almost from one end of the Med to the other. A coast guard vessel can see maybe 20 miles.”

Dalby proposes having aircraft based at Catania in Sicily. “From there to the border between Tunisia and Libya is just over an hour’s flight. Heading east from that border to the Egyptian and Libyan border, which is the full length of the Libyan coastline, takes about two hours at loitering speed. That gives us a very clear and detailed picture of what’s going on.” 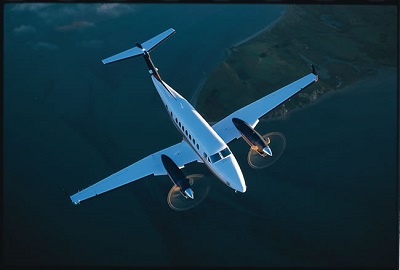 The information could then be relayed to seaborne forces waiting offshore so that they are able to intercept and respond to mayday calls much quicker than at present, says Dalby. The aircraft would travel at 10,000, out of weapons’ range.

The European Community Shipowners’ Associations (ECSA) and the International Chamber of Shipping (ICS) have welcomed the decision to call an extraordinary session of EU leaders on Thursday to add detail to the 10 point plan proposed earlier this week. Their views also focus on seaborne assistance.

Speaking from Brussels, ECSA Secretary General, Patrick Verhoeven, said the shipping industry agrees there is a vital need to find a means to clamp down on criminal people smugglers, as well as the complex root causes of this mass migration by sea of tens of thousands of desperate people. “But the urgent and immediate priority is for EU Member States to increase resources for Search and Rescue operations before thousands more people die,” said Verhoeven.

“The provision of additional funding and resources to SAR is a positive step but more clarity is required to understand the implications of operating within the Frontex mandate.” (Frontex is the European Agency for the Management of Operational Cooperation at the External Borders of the Member States of the European Union.) 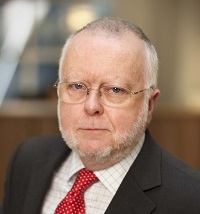 Peter Hinchliffe, Secretary General of the London-based International Chamber of Shipping said: “We really need an EU Mare Nostrum,” referring to the humanitarian Italian Search and Rescue operation which, before being suspended last year, coordinated the rescue of around 200,000 people in 2014, about 40,000 of them rescued by merchant ships.

“Italy, Malta and other Mediterranean nations, and the merchant ships on which they have relied to assist with hundreds of large scale rescue operations, many involving hundreds of people at a time, simply cannot continue to manage the situation without the collective support of all EU Member States, which need to act now without further delay,” he said.

Australia has a tough policy towards migrants that Prime Minister Tony Abbott has said could solve the problem of migrant deaths in the Mediterranean.

Australia turns boats back, forces migrants to live in detention centers in Nauru and Papua New Guinea and prevents them from ever settling in Australia. According to the Guardian, Abbott said, the only way to stop deaths at sea “is in fact, to stop the boats”.

The 10 point plan will be discussed in more detail on Thursday. The 10 points are:

1. Reinforce the Joint Operations in the Mediterranean, namely Triton and Poseidon, by increasing the financial resources and the number of assets. We will also extend their operational area, allowing us to intervene further, within the mandate of Frontex;

2. A systematic effort to capture and destroy vessels used by the smugglers. The positive results obtained with the Atalanta operation should inspire us to similar operations against smugglers in the Mediterranean;

3. Europol, Frontex, EASO (an agency of the European Union that plays a key role in the concrete development of the Common European Asylum System) and Eurojust will meet regularly and work closely to gather information on smugglers modus operandi, to trace their funds and to assist in their investigation;

4. EASO to deploy teams in Italy and Greece for joint processing of asylum applications; 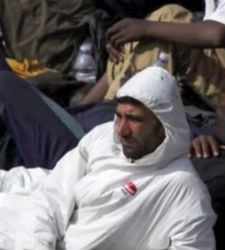 5. Member States to ensure fingerprinting of all migrants;

7. An EU wide voluntary pilot project on resettlement, offering a number of places to persons in need of protection;

9. Engagement with countries surrounding Libya through a joined effort between the Commission and the EEAS; initiatives in Niger have to be stepped up.

10. Deploy Immigration Liaison Officers (ILO) in key third countries, to gather intelligence on migratory flows and strengthen the role of the EU Delegations.