Adm. Ray, a decorated helicopter aviator, served as the vice commandant since mid-2018 and led the recapitalization effort for the service's fleet. He is retiring after 40 years of service, and at the ceremony, he was presented with the Department of Homeland Security Distinguished Service Medal by Secretary of Homeland Security Alejandro Mayorkas.

"It has been an honor to serve with the men and women of the Coast Guard and it is my privilege to pass the reigns of vice commandant to Adm. Fagan, a true trailblazer and inspiration to so many," said Adm. Ray. 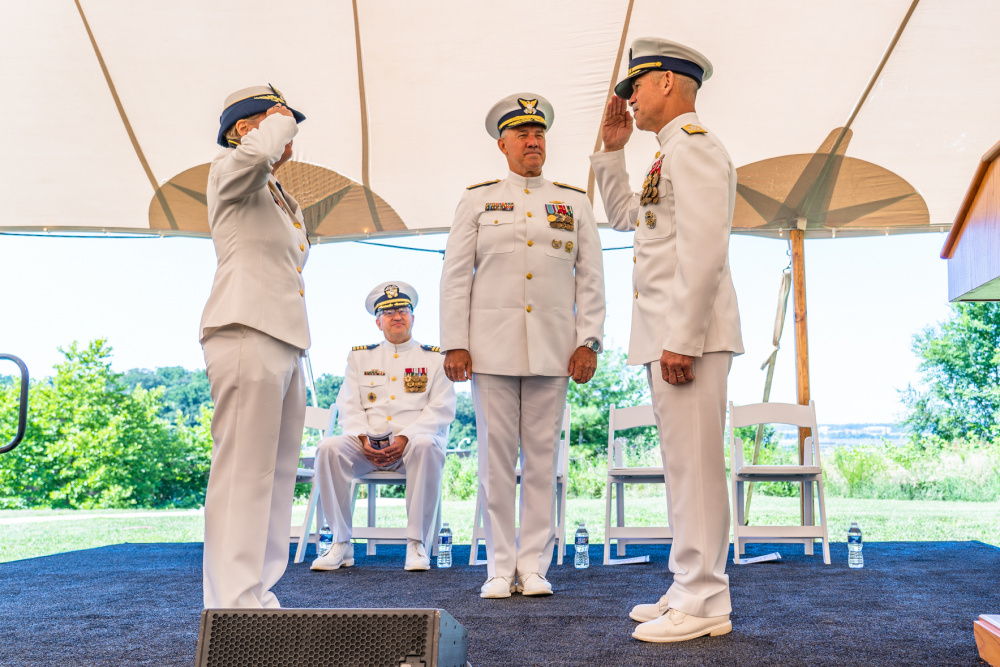 Adm. Fagan most recently served as the commander of the Coast Guard Pacific Area, overseeing all Coast Guard operations in the Pacific, covering more than 74 million square miles of ocean, from the U.S. Western States to Asia, and from the Arctic to Antarctica. She also served as commander, Defense Force West, providing Coast Guard mission support to the Department of Defense.

“Vice Adm. Fagan is an outstanding leader with 36 years of Coast Guard operations, policy-making, joint service, and interagency experience,” said Adm. Karl L. Schultz, Commandant of the U.S. Coast Guard. “Throughout her distinguished career, she has been a top performer and a trailblazer. As the Coast Guard’s first female four-star admiral, and . . . the Coast Guard’s 32nd Vice Commandant, Adm. Fagan will be instrumental in moving the service forward at a critical juncture in our history."