On Friday morning, the abandoned catamaran ferry Panagia Parou sank at the Isla Verde Inland Pier at the Port of Algeciras.

The Port Authority of the Bay of Algeciras has been monitoring the vessel since she was detained and abandoned in 2013, and the agency has undertaken a number of interventions over the past four years to prevent pollution or damage from the deteriorating vessel.

Early on Friday morning, the Parou began to take on water. The source of the flooding is still unknown, but it is believed to be related to an episode of extremely high Levante winds. Despite the efforts of the port authority, the captain of the port and other agencies, the Parou partially sank; in an update, El Estrecho Digital posted video showing her down by the stern with an extreme list to port.

The vessel had no crew on board and no fuel, and no injuries or pollution were reported. The port authority has laid out a containment boom as a precautionary measure, and officials have begun work to assess the hull for damage and plan a salvage.

The Parou had an unsuccessful commercial record: she was brought to Algeciras to run a route between Tangier and Tarifa, but she never entered operation. She was arrested in 2013 when her owners could not pay a repair bill, and her crew eventually left her when they stopped receiving their pay.

The Levante winds at the port were severe enough to impede cargo loading and unloading operations, and the authorities said that the ferry connection between Algeciras and Ceuta was temporarily suspended. Spain's State Meteorological Agency has a severe weather warning in effect until midnight Friday, with gusts expected in excess of 50 knots. On shore, the province of Cadiz reports that the high winds have caused 460 instances of property damage and five incidents resulting in injuries. 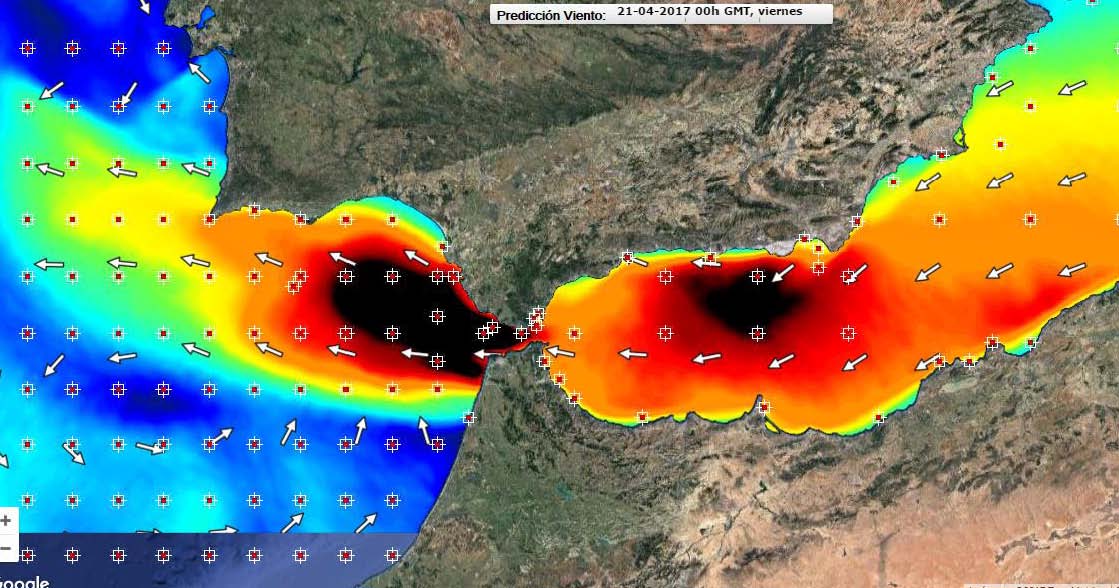