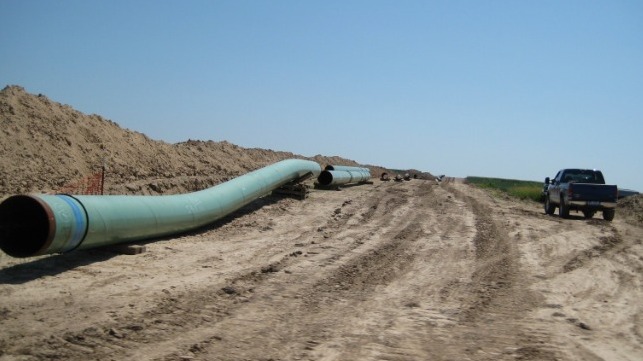 A.P. Moller - Maersk has changed the structure of its Executive Board by appointing Vincent Clerc as CEO of Ocean and Logistics and Henriette Hallberg Thygesen as CEO of Towage, Manufacturing & Others.

A.P. Moller - Maersk has spent several years moving away from being a diversified conglomerate by separating out its energy businesses, harvesting synergies between terminals, and from the acquisition of Hamburg Süd.

“A year ago, we integrated our customer facing roles across the company. We are now ready to accelerate the execution of our strategy through increased commercial and operational integration,” says Søren Skou, CEO of A.P. Moller - Maersk.

In November, competitor MSC announced that Søren Toft, former chief operating officer of A.P. Moller - Maersk will be its next CEO. Toft abruptly departed his post at Maersk a week prior.

New composition of the Executive Board of A.P. Moller - Maersk:

Skou (55) was appointed Chief Executive Officer for A.P. Moller - Maersk in 2016. He is heading the transformation of A.P. Moller - Maersk towards an integrated and focused container shipping, ports and logistics company, delivering seamless and end-to-end services to its more than 70,000 customers.

Thygesen (48) has been with A.P. Moller - Maersk since 1994 where she has held various senior positions in Spain, China, U.S. and Copenhagen for Maersk Tankers, Maersk Oil, Maersk Logistics/Damco. Now promoted to assume responsibility of Towage, Manufacturing & Others, Thygesen will continue in her role as CEO of Svitzer, a position she was appointed to in 2016. She will be responsible for driving profitable growth through optimization of market portfolio and improved customer satisfaction.

Clerc (47) has worked for Maersk Line since 1997. He has held various roles in North America and Copenhagen. In December 2015, he was appointed Chief Commercial Officer in Maersk Line before being appointed as member of the Executive Board as Chief Commercial Officer of A.P. Moller - Maersk in 2017 where he has held the responsibility of creating value for customers through development of new seamless services and products using digital innovation.

Engelstoft (52) has been with A.P. Moller - Maersk for 33 years. He has had a long tenure with Maersk Line and other brands, including postings in the U.S., Vietnam, Taiwan, Singapore and Italy. In 2007, he was appointed Chief Operating Officer for Maersk Line, a role he held until 2014 where he was appointed CEO of APM Shipping Services which included roles as CEO of Maersk Tankers. He became CEO of APM Terminals in 2016 and member of the Executive Board of A.P. Moller - Maersk in 2017, where he is heading the strategy towards increased operational excellence and improved customer service. In addition to his current role, Engelstoft will assume Executive Board responsibility for Safety, Security and Crisis Management across A.P. Moller – Maersk, which includes assuming Executive Board responsibility of Maersk Training.

Happe (47) joined A.P. Moller - Maersk in January 2019 as CFO. Previously, she was CFO and Executive Vice President at ASSA ABLOY. Prior to this role, she held various finance leadership positions in multiple countries in ASSA ABLOY and served as Chief Financial Officer of Trelleborg.

The U.S. Coast Guard will name the eleventh ship in its new Legend-Class National Security Cutter (NSC) program in honor of Elizebeth Smith Friedman, a pioneering code-breaker for the Coast Guard during the prohibition era and World War II. Order in December 2018 and to be built at Huntington Ingalls Industries Inc. of Pascagoula, Mississippi, the NSC is considered to be one of the most technologically sophisticated vessels in the Coast Guard fleet. The 418-foot cutters capable of operating in...