Zigzagging to Work on a Helicopter

Offshore vessel bridge officer and journalist Jill Friedman tells us what it’s like to commute to work by helicopter. 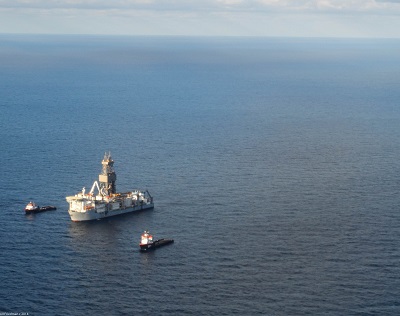 Awesome! That's how most people respond to the idea of commuting to work by helicopter.

I thought it was pretty cool at first myself.

After the first couple of trips, it gets old. It's noisy, it's cramped and crowded (you can't get up to stretch or use the bathroom), it shakes and rattles. Somehow you can never seem to completely forget that you're a couple thousand feet in the air in something that everyone thought would be impossible to fly.

Before you even get on the helicopter, there is a lot you need to do to prepare. It's not as simple as just hopping on a plane.

First you need to go take HUET (Helicopter Underwater Egress Training) before you're ever allowed to fly. It lasts a couple of days and costs a few hundred dollars (minimum).

Once you get your HUET card, most companies will let you fly with them, but first you have to get to the heliport. People fly to the oilfields from all over the world. Plenty of people drive for hours to get to Houma or Fourchon in South Louisiana.

The dispatchers at the heliports want you there by 0500, even though you'll most likely be sitting around waiting til noon or so. There's always plenty of coffee, a few vending machines, sometimes they'll have donuts. There are TVs in the waiting room and some places even have wi-fi now.

Once you arrive, you check in with the dispatcher and weigh in. It's very important to get an accurate weight for you and your baggage. If the pilots think the weights are too far off from what's listed on the manifest, they'll set the chopper back down again until they get the weight where they want it to be.

Then you go through security, some places will take your cigarette lighters, some won't. Some want you to have a Transportation Worker Identification Credential (TWIC), some don't. It seems to be hit or miss. No hats allowed outside, they could blow off and get in the helicopters air intake.

After the big rush of people checking in at 0500, things settle down until the choppers start calling in with their ETAs.

Once the dispatcher knows what time the helicopter for your location will arrive, they'll call you in to watch the safety video. It doesn't matter how many times you've watched it before, you're going to watch it again.

Sometimes then you're allowed to leave the room where you watched the video. Sometimes you're not. 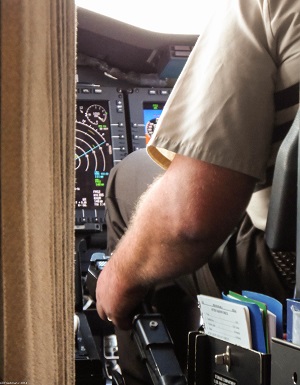 Once the helicopter is ready to take on passengers, the field hands will hand out life vests and ear plugs. Sometimes they will also take your bags to the helicopter, sometimes you'll have to do it yourself. The pilots will check all IDs against the manifest.

Then it's follow the leader to your chopper for the day. Depending on where you're going and how many people are flying, you could get a little 4 man bird or a big Sikorsky 92 that carries 21 passengers.

The type of helicopter makes a big difference in the ride. The larger ones are much more comfortable.

On the way, you try to sleep, or read if somehow you're not already tired from getting to the heliport. It could take a couple of hours to get to the rig. Sometimes they have to stop at another rig and refuel.

If the weather's nice, it's a nice ride. It's interesting to see all the rigs and ships from a different angle. If the weather isn't very nice, the pilots will probably be zigzagging around while trying to avoid thunderstorms. They can really be dangerous with the wild updrafts, downdrafts, high winds, rain and hail.

Once you get close to the rig, the pilot will call them for a 20 minute heads-up. This allows everyone on board to prepare for his landing. He also needs to check conditions at the rigs location. He'll ask for wind speed and direction, vessel heading, heave, pitch and roll, and cloud height. He'll call again at 5 minutes out for a 'green deck'.

They'll have to get the passengers and any cargo manifested and everything staged in the heli lounge. The fire teams will be suited up and standing by. The cranes will be put on standby. The fire pumps running. The helicopter landing officer (HLO) will be standing by with his team to land the chopper.

It gets a little exciting sometimes landing (or taking off) when the seas are rough and the vessel is moving around a lot. 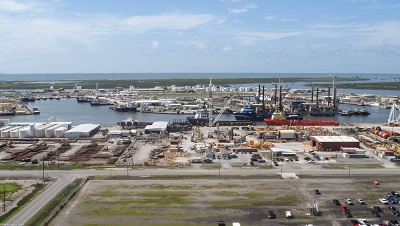 Once you land and get your gear off the heli deck, you'll have to go through an orientation. No, it doesn't matter how many times you've been there. You'll do it again.

When that's over, you can finally go on and get to work. At least you only have to go through all that every couple of weeks (and the ride is a lot faster than on a crewboat!).