Okayama University's Shinji Hiejima is looking for industrial partners to commercialize his experimentally proven and patented concept of the Hydro-Venus system for converting tidal energy into electrical power. 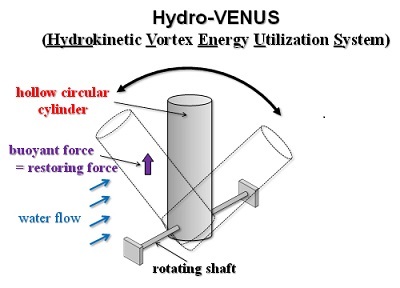 In Japan the search for energy resources is a high priority with research on exploiting the power of the seas surrounding the Japanese archipelago being actively pursued. Notably, a report published by New Energy and Industrial Technology Development Organization (NEDO) in 2010 states that the potential of tidal energy in Japan is equivalent to 20 nuclear power plants. Furthermore, the Seto Inland Sea—where Okayama University is located—has been assessed as being a site with especially high potential.

"I want to exploit the mechanical motion of a pendulum to generate electricity from tidal currents," says Shinji Hiejima, an associate professor at the Graduate School of Environmental and Life Science of Okayama University. 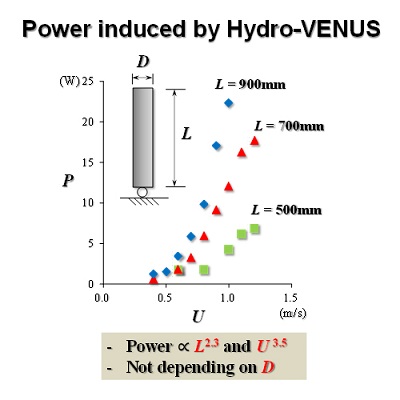 "My fascination with the structure of bridges triggered my research on the interaction of strong winds with massive bridges such as the Seto Bridge that connects Okayama with Kagawa in Shikoku," says Hiejima. "In my early research I analyzed why large bridges oscillate when hit by strong winds such as typhoons. Now, I am focusing on harnessing tidal energy as a stable source of electricity. I am looking for partners to develop my ideas on the Hydrokinetic Vortex Energy Utilization System or Hydro-Venus, a large underwater pendulum based system."

Hiejima points out that propeller type turbine systems being tested in Europe have three major drawbacks: high strength required for the materials used for making the rotor blades leads to increases in cost; waste in the ocean clogs up and damages rotors; and, fisherman consider the sharp edges of rotor blades to be harmful to marine life.

To resolve these limitations of propeller based tidal energy conversion, Hiejima began by analyzing the potential of power generated by flow induced vibrations of cylinders placed horizontally in water. "I have patented and demonstrated the potential for my version of a pendulum-dynamo," says Hiejima. "I am looking for industrial partners to commercialize it."