A theoretical test of Greenland’s Search and Rescue (SAR) agreement reached in Nuuk in 2011 has revealed that the plan is not enough to handle a major shipwreck, according to Marc Jacobsen, a Danish member of the Arctic Institute, a Washington, DC-based NGO. Jacobsen created a hypothetical scenario involving the fictional wreck of the cruise liner Costa Deliziosa off the coast of the town of Ilulissat in western Greenland. 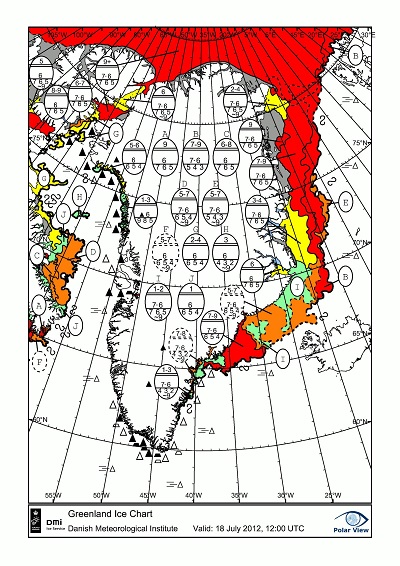 Jacobsen took his inspiration from the Costa Concordia. He examined the scenario that slightly smaller Deliziosa, with 2,828 passengers and 1,100 crew on board, hit an iceberg in Disko Bay, off Ilulissat, and tore a 50 metre hole in the hull below the waterline. In summer conditions with calm winds and 10 to 40 per cent open drift ice, Jacobsen believes transport of even some of the potential casualties to hospitals in Nuuk, Iceland or Canada would be extremely time consuming, and many would be left behind in Ilulissat, a town of 4,500 people.

Although there are several international agreements on SAR in the Arctic, the massive distances in the Arctic make effective disaster response difficult. National authorities and IMO are looking into ways to improve safety. One suggestion is to have ships sail through the Arctic in convoys, but VisitGreenland, a tourism promotion board, said such a requirement would result in the death of cruise tourism in Greenland.

Although Jacobsen’s scenario was fictitious, there is currently 13 large cruise ships scheduled to sail in the area this summer when it is likely the waters will have many icebergs, bergy bits and growlers. 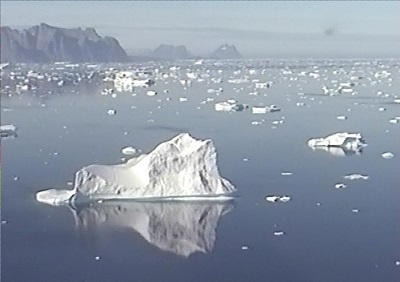 Mariners have adopted a number of different names for icebergs and pack ice. The following glossary of ice terms is from Bowditch's Glossary of Marine Navigation:

Anchor ice. Submerged ice attached or anchored to the bottom, irrespective of the nature of its formation.

Bergy bit. A large piece of floating glacier ice, generally showing less than 5 meters above sea level but more than 1 meter and normally about 100 to 300 square meters in area. It is smaller than an iceberg but larger than a growler. A typical bergy bit is about the size of a small house.

Brash ice. Accumulations of floating ice made up of fragments not more than 2 meters across, the wreckage of other forms of ice.

Growler. A piece of ice smaller than a bergy bit, often transparent but appearing green or almost black in color. It extends less than 1 meter above the sea surface and its length is less than 20 feet (6 meters). A growler is large enough to be a hazard to shipping but small enough that it may escape visual or radar detection.

Iceberg. A massive piece of ice greatly varying in shape, showing more than 5 meters above the sea surface, which has broken away from a glacier, and which may be afloat or aground. 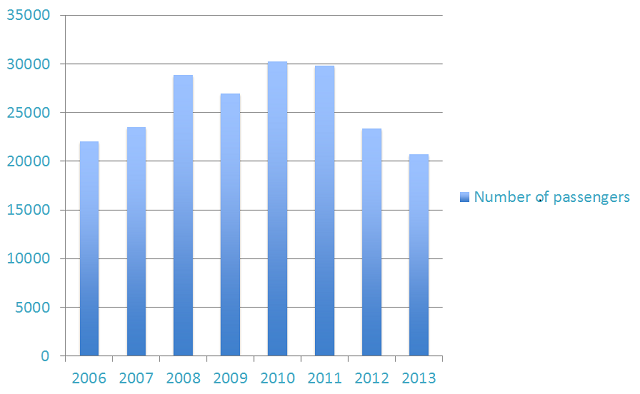