The U.S. Coast Guard has carried out its first IUU fishing patrol under the flag of the South Pacific Regional Fisheries Management Organization (SPRFMO), the treaty organization for high seas fishing from Chile to Australia. While international fisheries-enforcement patrols are a regular duty for the Coast Guard, this is the first time that the agency has conducted high-seas boardings and inspections under the SPRFMO's auspices.

The convention area covers a vast swath of the Pacific, equal to about one quarter of the world's high seas. Its 16 members adopted a mutual boarding and inspection agreement in 2015, allowing each member state to board and inspect other members' vessels and record any suspected violations. The outcomes are reported up to the SPRFMO and to the vessel's flag state for further consideration.

This patrol focused on an area south of the Galapagos Islands, a remote region with high biodiversity and rich fishery resources. The area has been targeted by distant-water fishing vessels, particularly the squid jigger fleet, and the Coast Guard's patrol encountered a fleet of 400 fishing vessels and tenders. 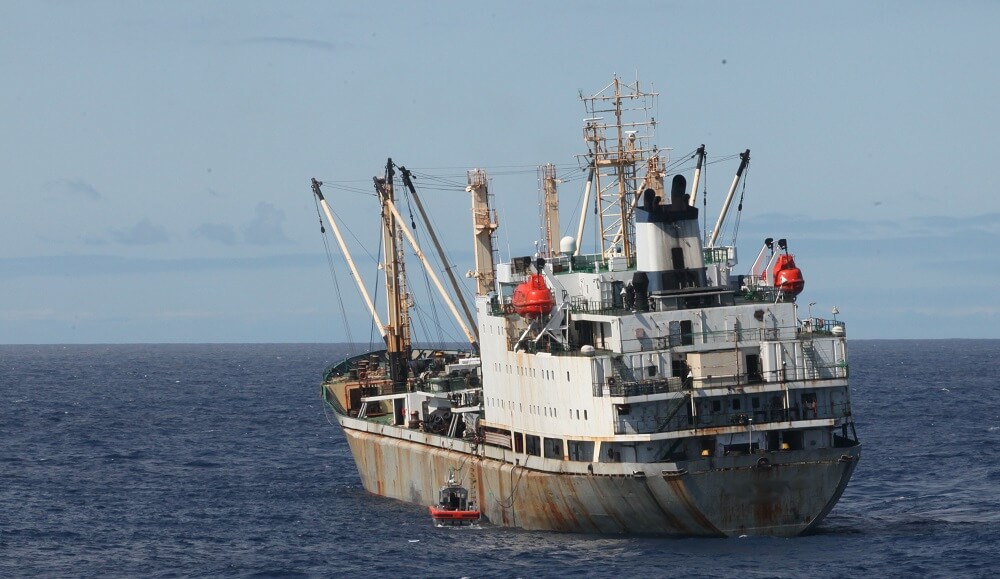 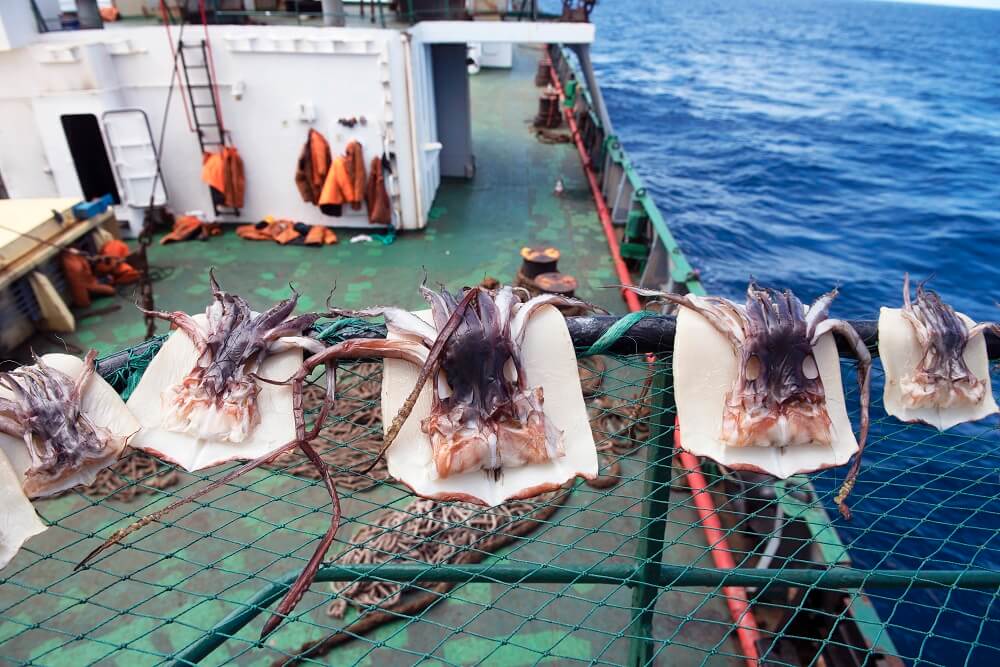 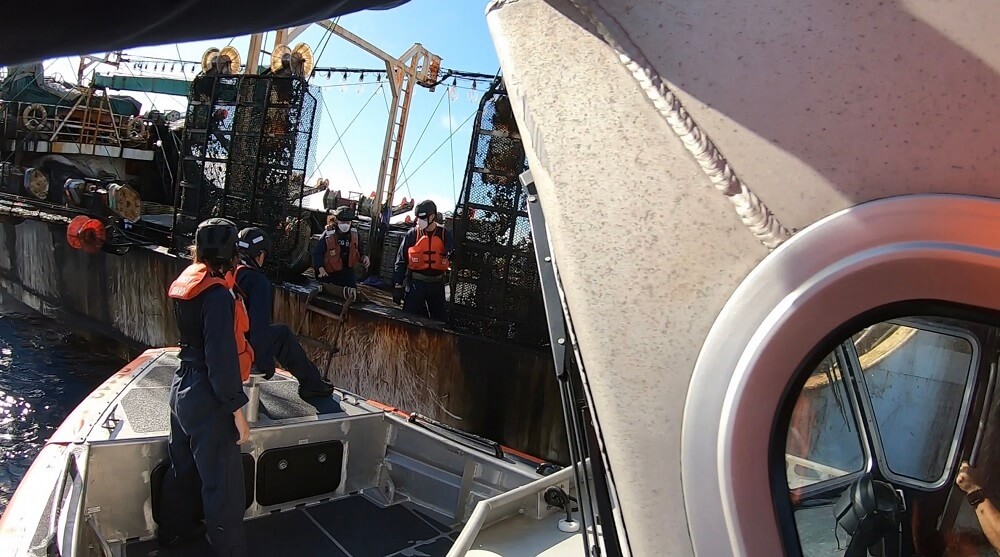 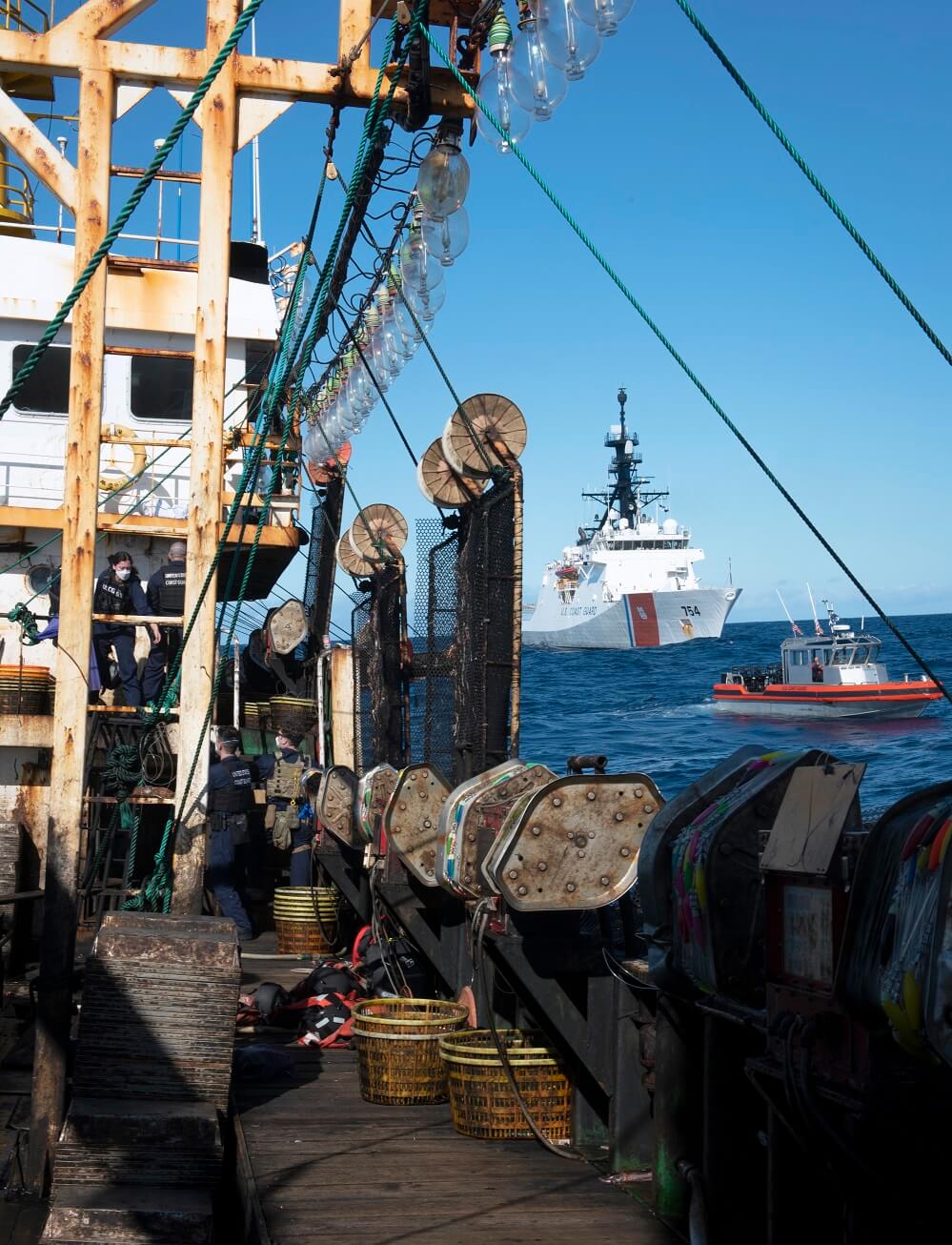 The USCG noted that distant-water fishing operations can conceal forced labor and human trafficking, and massed industrial fishing may have an impact on the marine ecosystem around the Galapagos.

Among other government resources, the Coast Guard had unique assistance from the U.S. Air Force's 7th Bomb Wing out of Dyess Air Force Base, Texas. With aerial tanker support, B-1B strategic bomber aircrews out of Dyess flew to Ecuador and back to help regional partners counter IUU fishing "in the vicinity of the Galapagos Islands," the Air Force said in a statement last week.

"There are certain things that only Air Force Global Strike Command Airmen can do, and this is one of them," said Col. John C. McClung, 7th Operations Group commander.

It is not the first time that the Air Force has deployed strategic bombers as long-distance maritime surveillance aircraft. The 7th Bomb Wing has been used for counter-smuggling patrols over the Caribbean in years past, providing training for aircrews and useful ISR services for the Coast Guard.