Over fishing and Commonplace Violence in Thailand 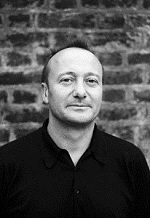 “In all my experience, over two decades, I cannot think of situations that I’ve seen where extreme violence has been as commonplace as it is in Thailand,” says Steve Trent, co-founder of the Environmental Justice Foundation (EJF), talking about Thailand’s seafood industry.

It’s an industry that he says stands out globally for its environmental and human rights abuses, and one, therefore, that if turned around, could set a valuable example for positive change across a wide range of industries throughout the world.

Trent points out that one United Nations survey found that 59 percent of seafarers surveyed had witnessed the murder of a crew member.

“All too often, vulnerable people have been trafficked on to the vessels, and many of them are actually being used as slaves. There’s no intention of paying them and no intention of releasing them. They are slaves in every sense of the word.”

Myo Min Naing, 21, is one victim in thousands. He was promised a good job with overtime pay at a pineapple factory in Thailand before being trafficked into the country. He was transported with five others in a marked police car, driven by men in plain clothes, before being forced onto a fishing vessel.

He was compelled to work on the boat for ten months without pay before he managed to escape. He and his fellow crewmembers suffered abuse and violence at the hands of the boat’s captain, including one attack that left him partially deaf: “I made a mistake by opening the box where the fish are stored and he hit me from behind. It was so hard that I was knocked unconscious, and he smashed my face against the ice.”

Trent speaks about the issues and what the U.K.-based charity is doing to help people like Naing.

The collaborations that have made the widespread use of slave labor possible span Thai society. How can it have reached such a level?

When we started to examine it, the Thai fishing industry was completely out of control. There was no coherent fisheries management regime, and that led to an explosion in the number of boats and therefore the capacity in the industry. This in turn led to the fishing down of the Andaman Sea and the Gulf of Thailand such that most of the high value species are gone.

The boats need to stay out longer, use more fuel and fish harder to catch a product that is diminishing all the time. This, therefore, means diminishing economic returns for the vessel operators. It is one of the primary motivations behind using bonded and slave labour.

The situation has reached the point where today, where if you took away that free or very cheap labor, many of those vessels that are operating quite simply wouldn’t be economic any more.

How many slaves are there out on the boats?

From evidence obtained directly from our own investigations, we are sure its hundreds upon hundreds. By collective analysis, if you look at the United Nations survey, information from the Guardian, witness testimonies and other sources, you can see that it’s much larger numbers. There’s somewhere between 650,000 and 900,000 workers in the Thai seafood sector, and best estimates suggest that over 90 percent of them are migrant workers. You can say large numbers of those have been trafficked in, so you start to get an idea of the scale.

EJF investigations have resulted in a number of reports and films that highlight the problems. What else have you been doing?

The recommendations we have made in the reports are not just a shopping list of ad-hoc nice to have ideas. They are finely tuned to the practical needs of Thailand, and we are always happy to provide precise detail and depth. So when we talk about vessel monitoring systems for example, I’ve had somebody in Bangkok sitting in the government command and control center training people.

We are trying to deliver mechanisms that will enhance transparency and traceability. That’s the bedrock, because once you have that, then independent scrutiny can be applied and you have the ability to police change over time.

We have a fairly finely calibrated advocacy. We are not necessarily going out to huge numbers of individuals, but we try to talk to individuals and organizations that have specific points of influence within the sector. In Thailand, I’ve met personally with the deputy prime minister and other key ministers including the labor minister, foreign minister and agriculture ministry and the chief of the navy. That is the level at which we seek to engage and operate.

We work at comparable levels commercially in the Thai seafood industry’s major markets. The sustainable shrimp taskforce was originally set up at our request. We suggested the idea for the industry to get together and start addressing the issues that they had in their supply chain and the leverage they could bring by applying the pressure of their corporate dollars or their ability to change their sourcing and production methods.

Thailand remains at the lowest level in the Trafficking in Persons reporting scheme, yet change is occurring slowly. What has been achieved to date?

We’ve now got a situation where the legal fundamentals are in place in Thailand to eradicate human trafficking. Over the last few years, Thailand has adopted a comprehensive range of fisheries and labor management laws.

Additionally, there’s been quite significant commercial pressure exerted through the diversion of investment that would arguably have gone to Thailand but has now gone to neighboring states. That’s really significant, not because we want some sort of crude punitive punishment but because money talks. If people see money moving away, they realize that they have to act.

We have also seen a focus on reputation in Thailand. People often talk about Asian states and their concern for reputation, but in my experience, governments all over the world have a high regard for their reputation.

Big companies are also looking at their brand reputation and at protecting their market share, and they are asking: Do we really want to be associated with a product that is being produced by slaves? Almost universally the answer is “no”.

EJF was founded in 2000. What prompted did you start it?

Protecting the environment is more than conservation. It is about equity, securing a fairer future and justice for those who need it most. When all the fish have been taken illegally, what happens to the coastal communities and all those people dependent on the resources?

When we set the organization up, I think it was true to say that there were very few organizations or even individuals that were explicitly linking environmental security and human rights, and we saw there was a very clear need.

At the time, there was a predominance of western organizations that would fly in to save the day so to speak but all too often they left nothing behind. There are amazing organisations out there, so I’m not being unduly critical. I’m just highlighting what we saw, and I think to achieve enduring change there is a very real need to localize the solutions to issues as well as bringing outside scrutiny and attention. One is not exclusive of the other.

In many cases, you say, it has been hard to quantify success. What keeps you going?

The world has changed hugely over the past 15 years, and I’m a professional optimist. I believe in the ability to change and secure positive development. I’m also a passionate believer in the idea that it’s better to light a candle than to rage against the darkness.

I think small acts can add up to relatively grand change, so I’d much rather try and engage than sit back and bemoan the problems. Anybody who’s lived in the world of campaigning and advocacy in the human rights or environmental sectors knows how hard it is to secure change that is durable, but it is possible and it’s very motivating when you see it happen.

There’s a shadow image to the successes and that is the simple question that you have to pose implicitly which is what would have happened had nobody tried anything?

In Europe, EJF is part of a collaboration with WWF, Oceana and the Pew Charitable Trusts tackling the E.U.’s illegal fishing problems. In the past, you have also collaborated with Greenpeace and Oxfam. What plans do you have for future collaborations?

We will maintain our investigations, and we are one of the few groups that conduct investigations at sea as well as on land. We’ll also maintain our high level advocacy at ministerial level and our delivery of appropriate solutions.

Because the organization is specifically set up such that it doesn’t need to be a brand in its own right, we didn’t want to tie our ability to operate to brand awareness, we are able to collaborate with organizations quite efficiently and effectively. I’m very keen on collaboration, because there’s too many people who think they have the answer and almost always, whilst you can play a part, you can’t deliver the whole, so working collectively and leveraging different assets and skills is a valuable thing.

EJF’s evidence of illegal fishing in West Africa has prompted arrests and million in fines levied against pirate fishing vessels. The charity has secured action from the U.S. Department of State towards halting human trafficking, and its investigative work into cotton in Uzbekistan led to one of the world’s most repressive governments signing U.N. conventions to end forced labor. EJF has also helped secure a global ban on a deadly pesticide. It has protected wildlife and wild places, from turtles in Liberia, mangrove forests in Brazil to wetlands in Cambodia.