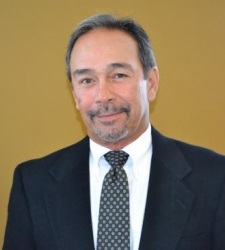 The 114th Congress was no sooner sworn in before Senator John McCain (R-AZ) attacked the very heart of the Jones Act, its U.S.-build requirement. McCain took the opportunity to attach the repeal amendment to the Keystone XL Pipeline bill, which was passed by the House earlier this month and is now awaiting further action in the Senate.

President Obama has vowed to veto the Keystone legislation if and when it hits his desk, and it would take a two-thirds majority in both chambers of Congress to override it. Meanwhile, pollsters state that the majority of Americans approve of the 875-mile pipeline extension from Canada that would transfer heavy tar sands to refineries on the U.S. Gulf Coast.

The American people have been led to believe that Keystone will create thousands of new jobs and pump billions of dollars into the economy. The fact is the estimated two-year construction project will create only 3,900 new jobs and require only 35 permanent employees to run it thereafter.

Last December McCain spoke before the Heritage Foundation and promised to repeal the Jones Act in the next session of Congress. He was the incoming Chairman of the Senate Armed Services Committee and would have the power to shape national security policy. Jones Act advocates have long used national security as a key argument against the lifting of U.S. cabotage. The senator has said on numerous occasions that the Jones Act has no value for national defense whatsoever.

McCain always starts his attacks on the Jones Act by calling it an antiquated law that makes the U.S. less competitive and raises prices for American consumers. While citing the huge cost differential between transporting domestic energy on U.S. bottoms versus foreign-flagged ships, he also calls cabotage on the Great Lakes and in Puerto Rico, Alaska and Hawaii unnecessary protectionism, which hinders Washington’s ability to negotiate trade deals.

The 78-year-old senator from Arizona was elected to Congress in 1983 and to the Senate in 1987. Today, McCain is out to slaughter the sacred cows of maritime protectionism, which he says are the Jones Act and the Cargo Preference Act of 1954.

But he is also going big game hunting in the U.S. defense budget and has singled out the Navy’s $34 billion Littoral Combat Ship program, claiming the ships themselves could not survive combat. He plans to audit the $399 billon F-35 jet fighter program and defense contractors and cost overruns as well.

McCain asserts the Jones Act hurts farmers, manufacturers, energy companies and ordinary U.S. citizens because it adds about 22 percent to shipping costs. He also claims that repealing the act would pump an additional $1 billion back into the economy.

Meanwhile, statistics show that there is a steady loss of blue-collar jobs such as those found in shipyards, contributing to growing income inequality in the U.S. Despite the fact that 63 percent of the jobs lost during the Great Recession have been replaced, middle class incomes have actually declined by 11.6 percent.

Emmanuel Saez, the well-known economics professor at UC Berkeley, points out that at the end of WW II the top one percent of Americans accounted for 23.9 percent of total pretax income while the bottom 90 percent got 67.5 percent. Today, the top one percent still gets 22.5 percent of total income while the share of the bottom 90 percent has fallen below 50 percent for the first time ever, so the gap between rich and poor grows ever larger.

The repeal of the shipbuilding provision of the Jones Act would put hundreds of thousands of Americans out of work in more than half the states. Once McCain destroys the shipbuilding sector, vessel operators will lose billions of dollars in capital investments and hundreds of thousands of U.S. mariners would be unemployed or working for pennies on the dollar for foreign companies.

Today, crude in the U.S. is transported 70 percent by pipeline, 23 percent by water on tankers and barges, four percent by truck and three percent by rail. The construction of the Keystone Pipeline will add a temporary infusion of $3.4 billion to GDP over two years and 35 new permanent jobs. As McCain attached his amendment to repeal the Jones Act to the Keystone XL Pipeline bill, he said that it costs roughly $6.00 per barrel to move crude to refineries on the East Coast. “A foreign-flag tanker can move the same barrel of crude to a refinery in Canada for $2.00 per barrel,” he said. “This takes money directly out of the pockets of American consumers.”

The consumer McCain is talking about is the corporate citizen better known to most of us as the oil industry. The last new refinery opened in the U.S. in 1976, and since then the number of refineries has steadily declined. In fact, 25 percent of U.S. capacity is handled by only eleven refineries with Shell’s Baytown complex in Texas being the largest. Repealing the Jones Act is really about reducing crude transport costs in the U.S. and not about what the new iron Grandma wants to buy at Walmart. It’s really about subsidizing Big Oil.

Both Senator McCain and the Heritage Foundation support oil industry subsidies amounting to more than $2 billion each year. In fact, the oil industry got $11.5 billion in tax incentives for depleting U.S. reserves and $13.9 billion for intangible drilling costs. In 2013, after exhausting every possible loophole, the big five oil companies managed to post $93 billion in earnings. We suppose that some sacred cows really are sacred.

The time for action is now. The maritime industry is the strongest it’s been in years, its contribution to the economy and the nation’s security stronger than ever. Let’s make sure McCain’s amendment gets dropped from the final version of the Keystone bill that reaches Obama’s desk. Make your voice heard on this issue now. – MarEx