After years of work, the modernization and expansion of the port of Berbera on the horn of Africa completed the first phase of a project designed to make the port in the capital of the Somaliland region a new gateway to Ethiopia and East Africa.  The project, which will also include a new road infrastructure to support access from the port to Ethiopia and a new special economic zone (BSEZ), should be fully completed in 2022.

With Berbera set to become the new gateway for the region, the Budd Group plans to expand its services for vessels and their P&I/H&M clubs in this port. In the meantime, the Budd Group’s experienced surveyors are available to assist with precautionary surveys or tallies. With its knowledge of local shipping regulations and practices, the Budd Group plans to open a formal office in Berbera coordinated with the opening of the new port facilities. 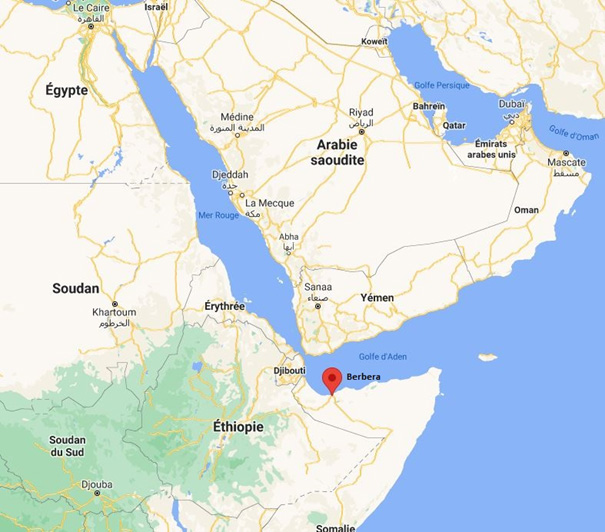 The port of Berbera aims to become an alternative to the port of Djibouti, with a goal to handle more than 20 percent of the goods destined for Ethiopia. Dubai World Ports working in partnership with the state-owned Ethiopian Shipping and Logistics Services, and the government of Somaliland, are undertaking the development program to extend and modernize the port of Berbera.

His Excellency Muze Bihi Abdi, President of Somaliland, and Sultan Ahmed bi Sulayem, President and CEO of DP World inaugurated the improved terminal on June 24 to celebrate the completion of the first phase of the project.

The expanded terminal facilities at Berbera can now accommodate the largest container ships currently in service, The capacity of the terminal was expanded from 150,000 up to 500 000 TEUs per year.

During the first phase of the project, work included the addition of a dedicated 400-meter container quay, bringing the total length of the quay up from 560 to 1050 meters. The maximum draft has also been increased from 11.5 to 17 meters. In addition to three shore cranes, the terminal now features three STS QC while the number of reefer plugs was increased from 36 to 156. A modern container park with eight rubber-tired gantry cranes has also been built.

Work on phase two of the project has already commenced and the container quay has been further extended by an additional 400-meter section which will be placed into service in the future.  Ultimately, the full length of the quay will be 1,450 meters.  A further three STS QC will also be added, and container handling capacity will rise to over 1 million TEU annually. Building has also started on Berbera’s new special economic zone.

When the project is completed, the port will be support by a new road infrastructure. The new road from the port of Berbera to Ethiopia is fully paved and provides connections to the capital of Somaliland Hargeisa which is 185 km from the port. From Hargeisa, there will also be connecting roads to the Ethiopian border at Wajaale, which is a distance of 85 km, and to Addis Ababa which is a distance of 700 km.