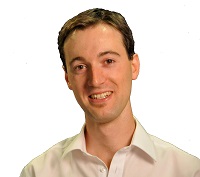 Cut the distance from Yokohama to Europe almost in half! With Arctic ice melting, a trip from Yokohama to Hamburg will be 40 percent shorter! That’s the pitch to persuade us that melting ice will unlock the maritime potential of the Arctic, leading to a potential boom in commercial Arctic shipping and a viable alternative to the Suez route. A closer examination of the complex reality unveils a sober outlook for container shipping and a hopeful one for bulk cargo.

Among the various Arctic routes, the Northeast Passage (NEP) along the Norwegian and Russian coasts rises above the others as the least impractical one. Compared to the Northwest Passage’s icy Canadian archipelagos, NEP has warmer waters and simpler geography. If any of the Arctic routes can succeed in breaking the ice of commercial shipping, it’s this one.

For transit shipping along Eurasia, NEP has grown from virtually zero full trans-Arctic voyages a decade ago to 17 in 2013, when the Suez Canal reported 17,225 crossings. Granted, the trend of having weaker, thinner and less extensive summer and winter sea ice is very recent. If it continues, NEP may be unfrozen for more than just a handful of weeks each summer season. Would the fulfillment of the ice-shrinking prediction be enough to unleash NEP as a real competitor to the Suez Canal?

The Suez Canal route enjoys predictability of weather and schedules, physical space for ships of most sizes, and high density of consumers and producers along the entire route. In stark contrast, even in the most aggressive predictions the Arctic will continue to have sea ice for decades, which means that even if more of the edges seasonally melt, opening the waters to non-ice-breaking vessels, there will still be the threat of free-floating pieces of frozen sea water, forcing ships to engage in difficult navigation to circumvent them. Even with the ice gone, winter darkness will be unchanged, all the while experiencing harsh polar weather conditions.

Furthermore, the shallow coastal bathymetry of NEP limits ship depths in some straits to 13 m and even 6.7 m, with the Laptev Sea often having depths of less than 20 m.  When avoiding coastal waters, usually with the help of current Russian icebreakers, the beam is also limited to that of the icebreakers, which is 30 m. These physical characteristics limit the size of ships, undermining the economies of scale of the largest vessels built in recent years.

In addition, Russia is far from having the search-and-rescue capabilities to ensure an effective response to emergencies, nor are there enough repair and maintenance ports along the route. Many Russian Arctic ports today are in great disrepair, almost forgotten from the Soviet heyday.

To overcome these obstacles, shipping companies need to build more expensive vessels that can operate in the Arctic (the Polar Code was just adopted by IMO this November), have more autonomy, pay higher insurance premiums, and sacrifice size to gain access. New technology developments, like the nascent field of ice forecasting, would also help. If distance savings are big enough, maybe those outweigh the costs. 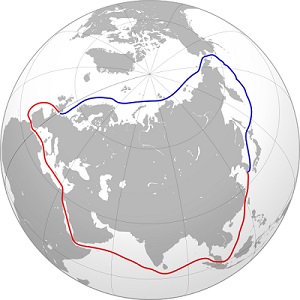 NEP’s 37 percent distance reduction between Yokohama and Rotterdam gives the most optimistic scenario. It takes the closest major Asian port to NEP and assumes optimal navigational conditions to reach the largest European port. The theoretical distance savings for other major Asian ports are less, yet still substantial for some. For example, voyages ending or beginning in Shanghai save up to 25 percent, in Hong Kong up to 11 percent. Ho Chi Minh City port lies equidistant in reaching Rotterdam via the Suez and NEP routes. That means the potential benefits of the Arctic route do not extend to South and West Asia.

China, Korea and Japan – with their large and/or growing industrial economies – may have the opportunity to use NEP to import large amounts of raw materials and export finished goods. NEP has little potential for container shipping due to the lack of population density along the Russian and Norwegian littoral, depriving shippers of the opportunity for loading and unloading cargo along the way.

NEP holds the greatest potential for bulk cargo of mining and petroleum extraction. The Russian and Norwegian Arctic hold large reserves of oil and gas as well as minerals including phosphate, bauxite, iron ore, copper and nickel. With growing mining operations in Russia and rising demand for them in Asia, bulk shipping is already on the rise. For oil and gas, while there are pipelines planned, including a $400 billion pipeline agreement between China and Russia signed last year, there are doubts if and when it will be completed.

Furthermore, China is pursuing a strategy of diversification to reduce its dependence on any one source or transport route. Since too much of China’s incoming oil and outgoing trade currently flows through the Malacca Strait, China is a prime candidate to see NEP as an alternative route, worth investing in to strengthen its geopolitical stance.