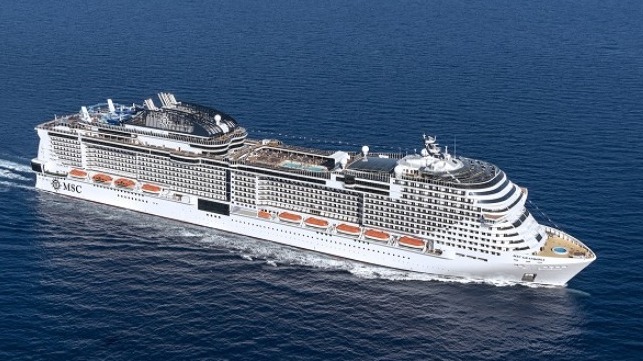 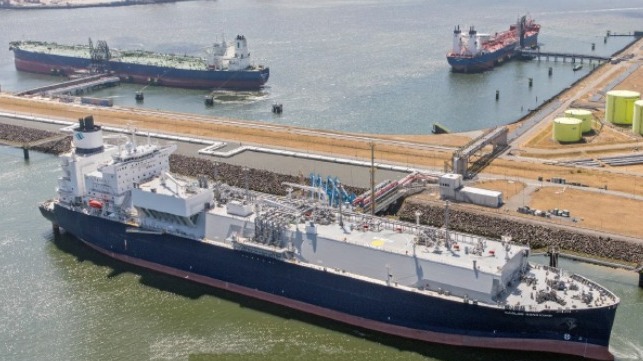 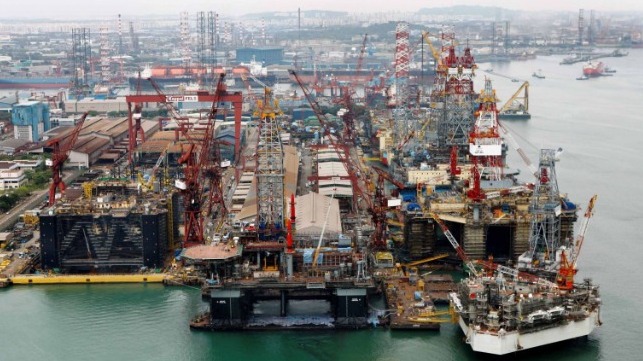 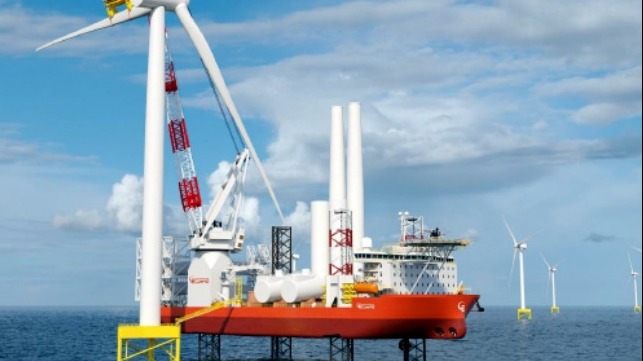 Why We Will Never See Fully Autonomous Commercial Ships

In recent years, the prospect of fully autonomous vessels has become a hot topic for commercial shipping. The same fast-paced advances in technology that have led to projects to automate vehicles in every other sector of the transportation industry have also found their way to the shipping industry. Advances in camera technology, sensors, electromechanical actuators and satellite technology appear to promise a world in which ships will soon traverse the oceans without a human on board. The International Maritime Organization (IMO) and the Comité Maritime International (CMI) are already exploring how autonomous vessels would fit into the existing framework of international maritime law.

Yet, while it is laudable to plan for the future, autonomous vessels operated by computers and remote operators quite simply pose too many vulnerabilities, and they likely will prove too expensive to replace today’s manned vessels. The professional merchant mariners who operate ships today are the crucial on-scene decision makers, repairmen and physical security providers who make commercial shipping secure, efficient and inexpensive.

Once we get past the promises and hyperbole, the risk of collisions, legal liabilities and environmental calamity will ensure that some critical number of humans will persist on board ships. Advances in technology will continue to make shipping safer and more efficient, but they will not eventually replace the human masters and crews that serve on today’s commercial vessels.

Despite all the excitement, the benefits of autonomous ships are still very much up for debate. For shipping companies, a switch to autonomous vessels promises cost savings from not having to pay for a master and crew, and perhaps from increased safety. But scores of new operators and technicians would be required to make a system of autonomous vessels work. The equipment to automate a ship will be extremely expensive and would introduce many new potential points of failure into commercial shipping.

Autonomous vessels may reduce the number of accidents caused by human negligence, however, the relative safety of autonomous vessels versus manned vessels is pure speculation at this point.

Autonomous ships could potentially be more efficient if the space for the crew could be dedicated to additional cargo. But ships will still likely need to have systems and controls in place to allow them to be operated with human master and crew when there are system failures.

Autonomous vessels may result in better working conditions overall in the shipping industry, as they would eliminate the need to find workers to fill the many difficult and hazardous jobs at sea. But the elimination of merchant mariner jobs would be a tremendous financial blow to those workers in those jobs today.

In 2017, SEA CHARGER, a small solar powered and unmanned home-built boat successfully completed a trip from California to Hawaii using GPS and a satellite modem for guidance and connectivity. And companies in the shipping industry are already using technologies that could eventually be used to automate larger vessels. The newest vessel of the the Red and White Fleet, a San Francisco charter boat company, is a hybrid diesel electric with a 160 kilowatt lithium ion battery pack that provides enough power for the ship to do a one-hour Golden Gate cruise on battery power alone.

One present obstacle for automating larger vessels is battery technology. At the outset, today’s batteries simply do not have the energy density necessary to power larger commercial vessels. Higher capacity and more powerful electric batteries that are powerful enough to move larger ships will likely be developed in the future. However, current battery technology has limitations. Lithium ion batteries, the type used for automated vehicles and aircraft, can explode if overcharged and further, large lithium ion batteries need to be temperature controlled to work properly.

Even more challenging obstacles to the success of autonomous vessels will be the expense and complexity of designing such systems. The technical challenge of operating a large cargo ship autonomously on the open oceans for days or weeks at a time will require a command and control system that does not exist today and may be impractical to build. Seamanship and navigating a ship safely is a challenge with a full complement of crew members on board. Automated ships will require command centers, computers, advanced satellite communications systems, other electronic devices, remote operators and other technicians.

Autonomous vessels would save money by not having a crew, but shipping companies will in many cases be simply replacing merchant mariners with other workers, most likely more expensive technical workers, who will work in offices on land or will be on call to assist autonomous ships across the oceans. Shipping companies will likely need multiple redundant command centers to provide the robust level of connectivity required for the safe and secure operation of these ships.

All of this advanced technology will be very expensive, and much of the expense will be the cost of designing and operating a system capable of providing the propulsion, navigation controls and stopping power necessary to operate a ship continuously in the harsh ocean environment. Weather, wind, waves, fog, obstructions, marine mammals, salt water, weather, birds, other ships, sounds and almost anything else imaginable is encountered out on the open ocean. An autonomous ship will require incredibly complex technology to withstand the chaos of the ocean environment and enable a ship to respond remotely to any incident or emergency. It is still an open question whether today’s controls and communications technologies are sufficiently robust and capable so as to be relied on for commercial shipping in place of a human crew.

The most serious concern regarding autonomous vessels is the one that will very likely keep them from ever being employed: the risk of exploitation by adversaries, hackers, terrorists, criminals and other malign actors. Autonomous vessels’ dependence on the electromagnetic spectrum and cyberspace infrastructure coupled with the lack of any human on-scene responders will provide an opportunity for others to interfere with these ships and potentially use them as weapons or for profit.

The challenge for system designers is that the characteristics or features that make an automated system feasible for commercial application, such as standardization, continuous communications and periodic updates, also provide exploitable opportunities for bad actors. Autonomous commercial cargo vessels would provide too easy a target of opportunity for theft, misuse, interference or worse.

Some reality must be injected into the debate over autonomous ships. It is a truism that electronic and mechanical systems will eventually fail. For vital applications where human lives are at risk such as for aircraft, system engineers design in wide tolerances, safeguards and multiple levels of redundancy to ensure an adequate margin of safety.

The challenge in designing autonomous vessels is building both a safe and secure system that will function effectively in all ocean and maritime conditions without human beings on board and one that is not capable of being exploited by bad actors. Such a system, even if possible to build, would likely be too expensive for companies to build and operate compared to human crew.

As a result, autonomous vessels are extremely unlikely to displace the human network of maritime professionals that have always made the maritime transportation system safe and secure.

Commander David Dubay is a Military Professor of International Law and Associate Director for the Law of Maritime Operations, Stockton Center for International Law, U.S. Naval War College, Newport, Rhode Island. The views presented are those of the author and do not necessarily reflect the official policy or position of the U.S. Navy, U.S. Coast Guard, or the U.S. Naval War College.

This article is reproduced with permission from the Center for International Maritime Security (CIMSEC).

Two of Italy’s largest cruise operators confirmed that they are moving forward with plans towards resuming cruise operations. These moves come, however, as Italy stalled the efforts of one cruise line to restart operations and as new outbreaks of COVID-19 threaten to undermine the cruise industry’s steps to resume operations. While detailing its new health protocols, MSC Cruises also announced its initial plans for resuming cruise operation in Europe. The company said it is preparing for a potential restart in the...

Local authorities are permitting ship-to-ship transfer operations of liquefied natural gas (LNG) to resume at the Freeport in Subic Bay. The operations however will be under strict health protocols design to prevent the possible spread of the coronavirus.  The LNG/C Methane Shirley Elisabeth, which has a gross tonnage of 95,753 tons, and is carrying 142,800 cubic meters of liquid gas arrived in Subic Bay from Qatar. The Bermudan-flagged carrier had stopped en route in Hong Kong to pick up three...

Singaporean state-owned holding company Temasek is reviewing its offer to acquire a controlling stake in Keppel Corp., the parent company of offshore shipbuilder Keppel FELS, due to the massive loss that Keppel posted in the second quarter. Last October, Temasek reached an agreement to acquire an additional 30 percent stake in Keppel Corp., bringing its total to about 51 percent. The agreement's expiration date is October 21, 2020, and the completion of the transaction is still pending.  Keppel reported a...

With strong and growing interest in off-shore wind tribune installations, a new design was unveiled for the next generation of wind turbine installation vessel.  Scorpio Bulkers announced that it has signed a letter of intent with Daewoo Shipbuilding and Marine Engineering to construct a wind turbine installation vessel with options for three additional vessels with similar specifications. The first ship is due for delivery in 2023. The agreement calls for the construction of an NG-16000X design by GustoMSC that includes...