The U.S. House of Representatives passed the new trade agreement between U.S., Mexico, and Canada (USMCA) on December 19. The agreement is expected to be ratified by the Senate in 2020.

One of the most significant changes for the automotive sector is the update of country of origin rules. Automobiles must have 75 percent of their components manufactured in Mexico, the U.S., or Canada to qualify for zero tariffs, up from 62.5 percent under NAFTA.

This clause and the U.S. tariffs on steel and aluminium are protectionist measures aimed at U.S. automotive manufacturing jobs. The measures are against the free trade principles that drive increase competitiveness and lower prices. The increase in prices will be supported by the consumers, and the competitiveness of North American automotive sector will decrease compared to other regions.

In addition, new labor provisions require 40 to 45 percent of automobile parts to be made by workers who earn at least $16 an hour by 2023. Mexico has agreed to pass the labor laws that allow labor unions to inspect factories to ensure the new labor provisions are implemented.

One of the main automotive plants in Canada, the GM in Oshawa, Ontario, stopped producing vehicles on December 20, as announced in 2018. GM has been in operation in Oshawa since 1953, while the company first started producing vehicles in 1918. It is estimated that nine out of 10 vehicles assembled in Oshawa were exported to U.S. GM is investing CAD 170 million to transform part of the Oshawa assembly plant into a new GM Auto Parts manufacturing operation and to create the 55-acre “McLaughlin Advanced Technology Track” for testing autonomous and electric vehicles.

With the new USMCA and the changes already taking place in the Canadian automotive sector, significant changes in trade volumes can be expected that will impact supply chains and the maritime transport sector. 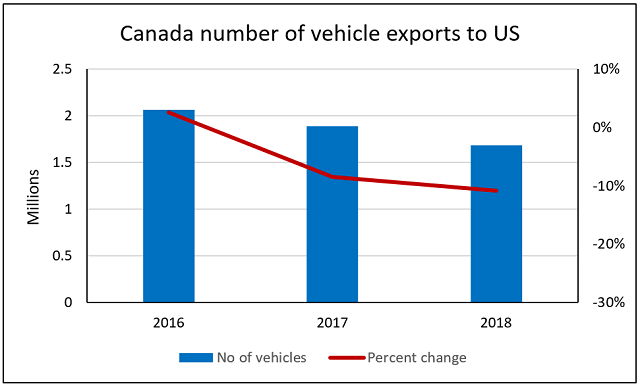 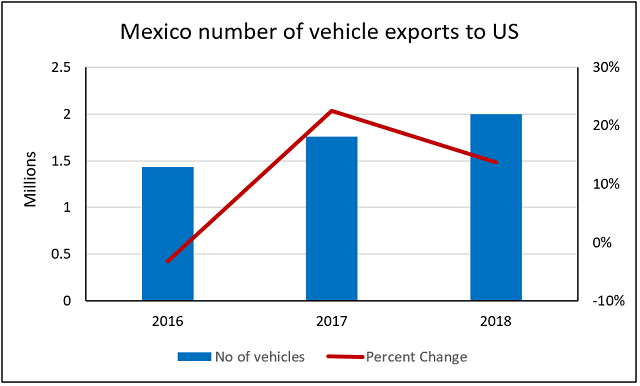 When the USMCA is ratified by the three countries legislatures, changes can be expected in the automotive sector and the North American supply chains. The production of vehicles and parts in Mexico will continue to increase, while Canada’s vehicle exports to U.S. will decrease further, due to decreased competitiveness compared to U.S. and Mexico automotive sectors. More vehicles will be produced in U.S. and Mexico, leading to an increase in Mexico exports to U.S.

Canada’s automotive industry will have to focus on becoming more competitive, through innovation and reduced costs. This will enable Canada to increase vehicle production and take advantage of the USMCA clause that allows an exemption from future U.S. tariffs of 2,600,000 passenger vehicles imported from Canada on an annual basis.

Daniela Stratulativ is international expert and advisor to governments and private sector in trade policy, business strategy and digitalization.