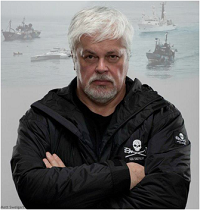 MarEx spoke to Captain Paul Watson, Founder of the Sea Shepherd Conservation Society, to get his views on misconceptions about the organization.

Is Sea Shepherd an eco-terrorist organization?

No, none of us work for Monsanto. Seriously, since I established Sea Shepherd in 1977, we have not caused a single injury to a single person nor have we suffered a single injury to any of our crew. We don’t carry guns, and we operate within the boundaries of the law. None us have been convicted of a felony crime.

We work in partnerships with government agencies like Mexico, Ecuador, Gabon, Italy and Liberia within their territorial waters. In International waters, we intervene against illegal activities in accordance with the United Nations World Charter for Nature that allows for intervention by NGO’s to uphold international conservation law.

Is Sea Shepherd a protest organization?

Sea Shepherd looks on marine safety as a priority in all our operations. We have an unblemished record for safety. Not one crewmember has been lost or seriously injured in 40 years. Every ship is equipped with more than adequate safety and fire fighting equipment and all crewmembers are subject to training and regular safety drills. On major campaigns like the Southern Ocean, the ships carry a medical officer with substantial medical resources.

Sea Shepherd campaigns can be risky and I do insist that all crewmembers be aware of the risks that will be undertaken. When critics say we put our crew at risk, they are right, but our position is that risking our lives to defend endangered species or threatened habitat is an acceptable risk and far more noble than risking lives to defend oil wells, real estate, corporate interest and religion.

Is Sea Shepherd a U.S. based organization?

No, in fact Sea Shepherd is not actually an organization but rather a collective of numerous national entities, all registered independently within their own nations. Sea Shepherd is more of a movement with representation throughout Austral-Asia, North and South America, Europe and Africa.

Why is Sea Shepherd so small compared to other organizations?

After 40 years, we could have been a much larger organization like Greenpeace or Oceana. However, from the beginning we decided we would not be a fund raising bureaucracy. We do not spend large sums of donor money on fund-raising and promotion. We don’t hire people to stand on the streets to sign up members. We don’t spend money advertising.  We keep the administration to a minimum and the ships are 90 percent volunteers.

Support comes from word of mouth, visits to the ships and from people watching Whale Wars or seeing our documentaries. We want people to know that when they donate to Sea Shepherd the money goes to ships and campaigns. Sea Shepherd believes that the passion of our volunteers accomplishes more than having an organization with a large bank account.

Some members of the public believe we must have tens of millions of dollars to operate our ships and campaigns. The truth is we don’t. We operate 10 ships on a budget of less than five percent of the Greenpeace budget.

Not in the traditional sense. Our ships are registered as yachts so we do not need to comply with strict manning regulations. Our crews are volunteers from all over the world from all walks of life. Back in 1911, Ernest Shackleton was criticized for not having a professional crew. He answered that he needed men of passion, not professionals.

The fact is that I could not pay professionals enough to do what our volunteers do for little or no wages. We look for experienced deck and engine officers. If we can’t find an experienced engineer, we do hire one if need be. Our officers train the volunteers.

We have had astrophysicists and math teachers serving as watch officers, we have had motorcycle and truck mechanics working in the engine room. We have had retired naval, coast guard and merchant officers.

On major campaigns, we always carry a qualified medical doctor in addition to crew with EMT certification. It’s a balance between experienced and inexperienced crewmembers. All volunteers are vetted by a crewing director.

Over forty years we have never lost a crewmember nor has any crewmember suffered a life-threatening injury. The ships hold monthly fire and safety drills or more if there is a change of crew.

Is Sea Shepherd a leftist movement, or is it a right-wing movement?

The conservative call us liberal, the liberals call us conservatives. We are neither left nor right.  Sea Shepherd does not hold a political position on anything. We are not left nor right, we are in front. We are motivated only by conservation principles. Our clients are the marine species we defend.

Does Sea Shepherd carry and use weapons?

Despite accusations that we use firearms, we don’t. None of the ships have any guns onboard. Instead we the ships are armed with a far more powerful weapon – cameras.

A favorite accusation from Sea Shepherd critics is that you are not qualified to be a Captain and therefore should not call yourself a captain. Is that true?

I find this accusation amusing, because it tends to come from week-end sailors or fishermen who rarely go out of sight of land. The truth is that I don’t hold a commercial ticket nor would I want to. Our ships are all registered as yachts, and I am qualified to be a yacht master.

I was trained as a seaman with the Norwegian and Swedish Merchant marine, as a fireman with Canadian Pacific Steamships and I served in the Canadian Coast Guard on weather ships, buoy tenders and as a hovercraft rescue officer. I was first mate on all Greenpeace campaigns from 1971-1977.

My qualifications have not been questioned or denied by any ports of call we have entered or cleared and my experience is deep-sea, ice navigation and trans-ocean including leading ten expeditions to the Southern Ocean and Antarctica. If I was not qualified I would not have been able to command our ships since 1978 until the present day. 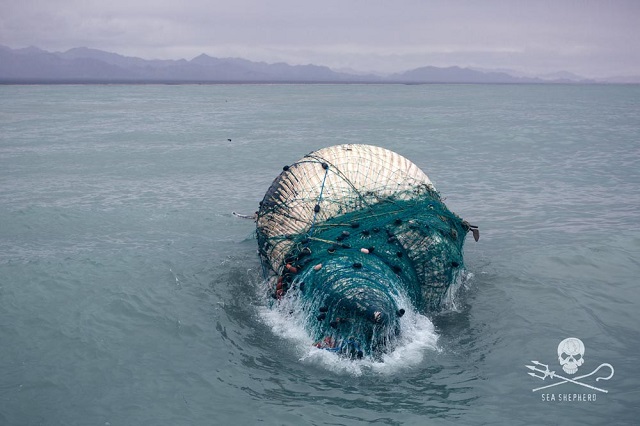