The IMO 2020 Sulfur Cap in the United States: Compliance Issues 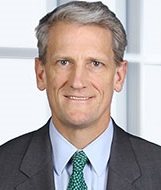 The International Maritime Organization (IMO) sulphur cap is fast approaching.  As of January 1, 2020, the sulphur content of fuel used on most commercial ships may not exceed 0.5%, a substantial reduction from the current limit of 3.5% in place since 2012.

When the new rule takes effect, vessel operators will have three compliance options:

1) Utilize IMO-compliant fuel with a maximum sulphur content of 0.5% (LSF);

2) Continue to burn high-sulphur fuel with a maximum sulphur content of 3.5% (HSF), but only if:

-The vessel is equipped with an Exhaust Gas Cleaning System (EGCS or scrubber); or

-The vessel obtains a Fuel Oil Non-Availability Report (FONAR) due to the lack of available compliant fuel; or

The sulphur cap will be enforceable in all nations that have adopted MARPOL Annex VI and will take immediate effect on January 1, 2020.  The IMO recently rejected a proposal by several flag states, and backed by the United States, to introduce an experience building, or “transition phase,” and there is no reason to believe that the new IMO requirements will be sidelined or delayed.  In addition, recent amendments to Annex VI will outright prohibit vessels from carrying fuel oil in excess of 0.5% on board as of March 1, 2020.  After that date, only vessels equipped with EGCS will be exempt from the HSF carriage ban.

The sulphur cap represents a paradigm shift in marine transport, and shipping companies have been evaluating their compliance options to determine which offers the best economic and operational outlook.  The debate over the use of LSF or EGCS has dominated the trade press, and while each side has its proponents, recent estimates suggest that no more than 5% of vessels will be fitted with scrubbers.  Most companies are opting instead to burn LSF and are evaluating its price, reliability and availability as demand for the fuel will skyrocket.  With less than nine months remaining until the sulphur cap takes effect, compliance planning shouldbe well underway.

While the operational aspects of the new regulations have come into sharper focus as the deadline approaches, the compliance and enforcement horizon is less clear.  There is no uniform global policing of MARPOL provisions through the IMO.  Each individual signatory nation is responsible for determining its own enforcement policies, and while these will vary from jurisdiction to jurisdiction, all non-compliant vessels can expect civil, and possibly criminal, sanctions.  MARPOL Convention Art. 4(4) demands that penalties be “adequate in severity to discourage violations . . . irrespective of where the violations occur.”  The United States historically has played a special role in MARPOL enforcement, and was widely viewed as the “top cop” in connection with the surge of investigations of oily waterdischarges under Annex I and the spate of criminal prosecutions that followed.  The U.S. is again viewed as the potential leader in addressingviolations of the upcoming Annex VIrequirements.While the U.S. has not issued official guidance in specific reference to enforcement of the IMO sulphur cap, its existing regulations addressing vessel emissions and discharges as well as its history of enforcing other MARPOL provisionsmay prove instructive.

The U.S. is already somewhat uniquely situated within Annex VI as one of only a few Emission Control Areas (ECAs), others including the Baltic Sea, the North Sea and the U.S. Caribbean.  In ECA-designated areas, the allowable limits for particulate matter and sulphurdropped to 0.1%  in 2015.  As a result, vessels calling on U.S. ports, including those in the Great Lakes, already are familiar with fuel requirements that exceed even the new IMO standards.  In the United States, MARPOL implementation and enforcement is addressed through the combined efforts of the Coast Guard and the Environmental Protection Association(EPA).  With respect to enforcement of vessel emissions under Annex VI, the two agencies operate pursuant to a 2011 Memorandum of Understanding (MOU).  Generally, while the Coast Guard takes the lead on conducting vessel inspections and responding to deficiencies in the first instance, including potential detentions, Notices of Violation (NOVs) and civil penalties, the Coast Guard may refer more serious violations to the EPA for enforcement action.  The MOU applies specifically to Annex VI violations,and a Revised Protocol on Referrals under Annex VI, dated March 2015, establishes specific protocols for referrals between the EPA and the Coast Guard.

As the new IMO sulphur cap takes effect, vessels that elect to burn LSF and those that install scrubbers will have different compliance concerns when they call on U.S. ports.  In either instance, however, they can expect diligent inspection and enforcement of the new IMO standards.  The Coast Guard conducts approximately 9,500 regular Port State inspections annually, all of which include elements of Annex VI compliance.  Of these, the Coast Guard reports that over the last three and a half years, they have uncovered more than 80 violations and have initiated over a dozen enforcement actions specific to Annex VI,resulting in civil fines and penalties for, among other things, failing to switch fuel before entering the ECA, failing to burn compliant fuel, and incomplete delivery notes and other records.  Where there is evidence of foreign flag ships violating Annex VI requirements outside of the United States’ jurisdictional waters, the Coast Guard has made referrals to the relevant flag state for enforcement.

The primary concern for vessels meeting their sulphur cap obligations by burning LSF is reliable access to compliant fuel.  When that fuel is not available, the MOU provides for the previously mentioned FONARS, which are self-disclosed by the vessel owner or operator to the EPA.  FONARS are not a waiver, but an affirmative statement of non-compliance.  The EPA then uses its discretion in determining what action will be taken, if any.  Based on the Coast Guard’s experience with LSF fuel requirements in the ECA over the last several years, fuel availability has proven not to be a substantial issue, at least in the United States.  Instances of unavailability often have been the result of poor voyage planning and not a true shortage, though this may not be the case in light of what is expected to be an unprecedented demand for LSF when the cap takes effect.  In cases in which, despite best efforts, compliant fuel was not available, FONARs have been submitted and followed-up on in due course.  While the high cost of LSF will not be a basis to plead non-availability, the IMO’s recently adopted FONAR format allows vessels to plead “operational constraints” if they have a good faith belief that available compliant fuel is not safe for use.  The new provision is intended to address concerns arising out of the many well-publicized contaminated fuel incidents in a number of markets over the past year.  The FONARprocedure is expected to continue once the sulphur cap takes effect,and the Coast Guard has indicated that its existing Annex VI regulatory and enforcement framework will remain in force as well.  The coming carriage ban on HSF, effective in March 2020,should simplify Port State enforcement efforts, as ships not equipped with scrubbers will be prohibited from carrying non-compliant fuel.As a result, vessels burning LSF within the ECA likely can expect business as usual when trading to the United States in the new year.

Vessels utilizing scrubber technology pose a larger enforcement concern, as they fall outside of the carriage ban and are authorized to carry HSF.  The issue for such vessels is two-fold.  First, ships can expect that the Coast Guard will conduct inspections pursuant to the MOU to ensure that fuel change-overs, if any, are being conducted outside of the ECA and the vessel’s emission control equipment is being properly utilized while in U.S. waters.  Second, whether vessels will be permitted to discharge scrubber wastewater in port has emerged as a central issue.

A number of major ports around the globe have announced wastewater discharge bans, including Singapore and Fujairah, as well as much of China.  In the United States, scrubber wastewater discharges are regulated by individual states, often through their permitting authority under the Clean Water Act.  For example, Connecticut and Hawaii have discharge prohibitions through their permitting authority and California bans the use of scrubbers entirely through the California Air Resource Board’s Ocean Going Vessel regulations.  For vessels operating open loop systems, port calls in these jurisdictions will require careful planning or the installation of closed loop or hybrid systems that will allow for temporary storage and later disposal of scrubber wastewater.  The requirements for discharging scrubber wastewaterare generally spelled out in the final 2013 Vessel General Permit (VGP).  Violations of the VGP could result in fines and penalties of up to $25,000/day.

While the Coast Guard has been promoting a business-as-usual approach with respect to the implementation of the sulphur cap in the United States, the Coast Guard and Department of Justice’s history of vigorous enforcement is cause for heightened vigilance as the new regulations take effect.  Like the effective enforcement protocols utilized in cracking down on Oily Water Separator (OWS) violations over the last 20 years, the Coast Guard may focus on Annex VI record-keeping requirements as the basis for enforcement and possible prosecution under U.S. law.  As evidenced by several successful OWS prosecutions, the intentional fabrication of required records and reports presented to U.S. officials can result in criminal penalties under the False Statements Act. Collateral consequences of such violations may include claims of obstruction of justice and witness tampering by crewmembers as the Coast Guard investigation proceeds. Whistleblower provisions under U.S. law, in which voluntary disclosures of violations by crewmembers to government officials can result in rewards to tippers amounting to half of a criminal fine, have proven to be powerful motivating factors in a number of successful MARPOL prosecutions.

One factor that distinguishes Annex VI enforcement from Annex I is that violations of Annex VI typically will involve actual discharges to the environment within U.S. territory, either to the air in the event of unlawful emissions, or to the water in the event of unpermitted waste water disposal. Such discharges typically carry fines of up to $25,000/day and, in the event of intentional violations, could expose individuals and companies to imprisonment and stiff criminal fines. Historical enforcement of Annex I violations typically involved discharges that occurred in international waters, and as a result were not prosecuted as environmental crimes, per se.

While in some respects the coming sulphur cap might result in only limited impacts to vessels already trading to the United States, it is worth noting that the Coast Guard and EPA have a powerful and well-developed inspection and enforcement regimen that could be brought to bear on vessels and companies that fail to meet their Annex VI compliance obligations as of January 1, 2020.

Peter Knight is a member of Robinson+Cole's Environmental, Energy + Telecommunications Group, where he focuses on litigation, defense of agency enforcement actions, and regulatory matters. He represents a variety of coastal and maritime interests in connection with large vessel casualties, oil spills and emergency response, criminal enforcement, and counseling on U.S. Coast Guard regulatory matters, including investigations and U.S. prosecution of claimed oil dumping by commercial shipping companies.