This week, the Royal Navy submarine HMS Trenchant broke through the ice of the Arctic Ocean to join U.S. forces on a major exercise. Ice Exercise 18 (ICEX) is a series of trials in the frigid climate of the Arctic Circle, designed to test submariners' skills in operating under the Arctic ice cap.

HMS Trenchant joins US submarines USS Connecticut and USS Hartford for the drills, co-ordinated by the US Navy's Arctic Submarine Laboratory. This combined team of military staff and scientists run the testing schedule from an ice camp established on an ice floe in the Arctic Ocean, north of Alaska.

"With every ICEX we are able to build upon our experience and continue to learn the best way to operate in this unique and harsh environment. We are constantly testing new tactics under the ice and this exercise allows us to do this on a larger scale and alongside our UK, joint and academic partners," said Rear Admiral James Pitts (USN). 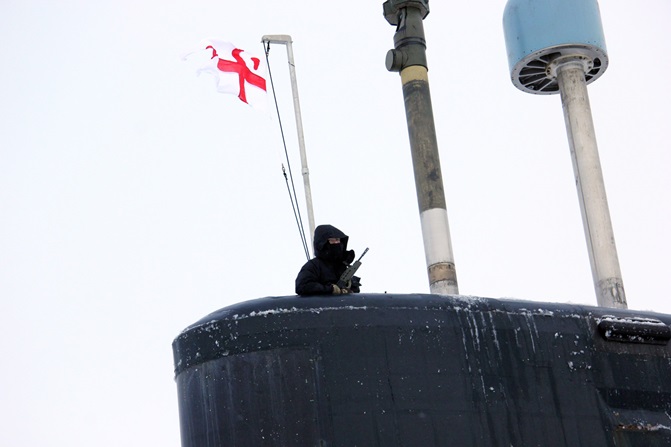 Polar bear sentry on the Trenchant

Trenchant on the surface

Among the busy exercise schedule, there was also a moment to pause and reflect on the sacrifice of submariners Paul McCann and Anthony Huntrod, who tragically lost their lives following an explosion on board HMS Tireless during a previous ice exercise. The Reverend Mark Mander, Chaplain to the Royal Navy's Faslane Flotilla, held a memorial service on the ice on Wednesday in remembrance of their service. The service was held on board HMS Trenchant, before members of the crew gathered on the ice to lay wreaths, flowers and letters from the two submariners' families. 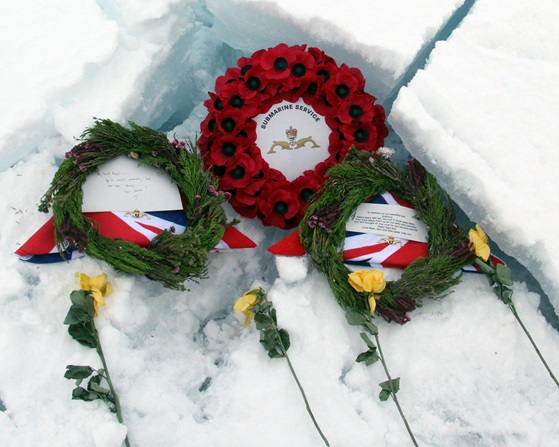