Op-Ed: Retire the LCS and Hand Off Small-Ship Patrols to the USCG

[By Bryan Clark and Craig Hooper]

News recently leaked that the Navy’s Independence-class Littoral Combat Ships suffer from hull cracking, a long-rumored problem that constrains the ships to slow speeds and low sea states to prevent further damage. Along with the need for an expensive class-wide fix to Freedom-class LCS combining gears, these new disclosures suggest the Biden Administration’s proposal to send nine LCS to the scrapyard in FY2023 is likely only the first salvo in the Navy’s effort to eventually retire the entire 32-ship LCS fleet. The Congress should let the Navy do so and shift small-ship missions to services committed to doing them.

After initial shock at the Navy’s plans to retire the nine LCS and 15 other ships during the coming year, some in Congress are coming around to the potential wisdom of the move. After all, each LCS costs more than $60 million a year to operate and support, compared to about $80 million for a much larger and more capable destroyer. And the design problems with both LCS classes will constrain their operations, making them undependable contributors in conflict.

The Navy spent nearly $30 billion developing and building LCS, on top of more than $25 billion for the three Zumwalt-class destroyers that were envisioned as LCS’ high-end counterpart when the new family of surface ships was conceived during the late 1990s. For this investment, taxpayers have received about a dozen overseas LCS deployments.

But the LCS debacle reveals a deeper issue that should drive action by Congressional and Pentagon leadership. The Navy, after operating more than 100 small combatants at the height of the Cold War, is clearly no longer committed to the role of small surface combatants like LCS. At the same time the service is seeking to begin cashiering LCS, it is also retiring the minesweepers and patrol boats LCS was intended to replace and is stopping construction of amphibious transport docks that support peacetime crisis response and humanitarian assistance. Meanwhile, the Constellation-class frigate that was originally envisioned as a small combatant counterpart to LCS has grown from the 4,000-ton Perry-class of the Cold War to be a nearly 8,000-ton warship only 20 percent smaller than the Navy’s Burke-class destroyers.

Historically, small surface combatants patrolled waterways for pirates and traffickers, trained smaller partner navies, or escorted commercial shipping. Today, missions like protecting merchant vessels from missile attack and searching for submarines are, in general, beyond the capability of small warships or are better done by unmanned systems. But maritime security, training, surveillance, and presence are increasingly important to build alliances and counter Beijing’s “gray-zone” aggression across the East and South China Seas.

The Congress and DoD leadership should embrace the Navy’s focus on high-end warfare by shifting security and training missions to ships operated by other services, specifically the Coast Guard and Military Sealift Command. Congressional leaders have expressed interest in adding defense-related spending to the White House FY2023 budget proposal, which could build more of the existing ships the Coast Guard and MSC would use. And to operate them, the up to $2 billion in annual LCS sustainment, basing costs, and manpower funding could be moved to these new mission owners. If the Navy sheds the small boat mission, the costs should be taken out of the Navy’s budget.

The Coast Guard has an improving track record of building and fielding a family of new cutters that are well-suited to the missions associated with protecting sea lanes from criminals or China’s maritime militia. The 4,500-ton National Security Cutter is reaching the end of its production run and can be extended by several ships to support an increased South China Sea presence and advance a rules-based order in the maritime domain instead of LCS. They could be joined by the handful of Independence-class LCS that are able to continue operating, albeit at slow speeds and in calm seas, with Coast Guard crews. Congress should also expand production of the Coast Guard’s new 4,000-ton Offshore Patrol Cutters, which could be forward-stationed in Japan and Guam or deploy from Hawaii to the Western Pacific. 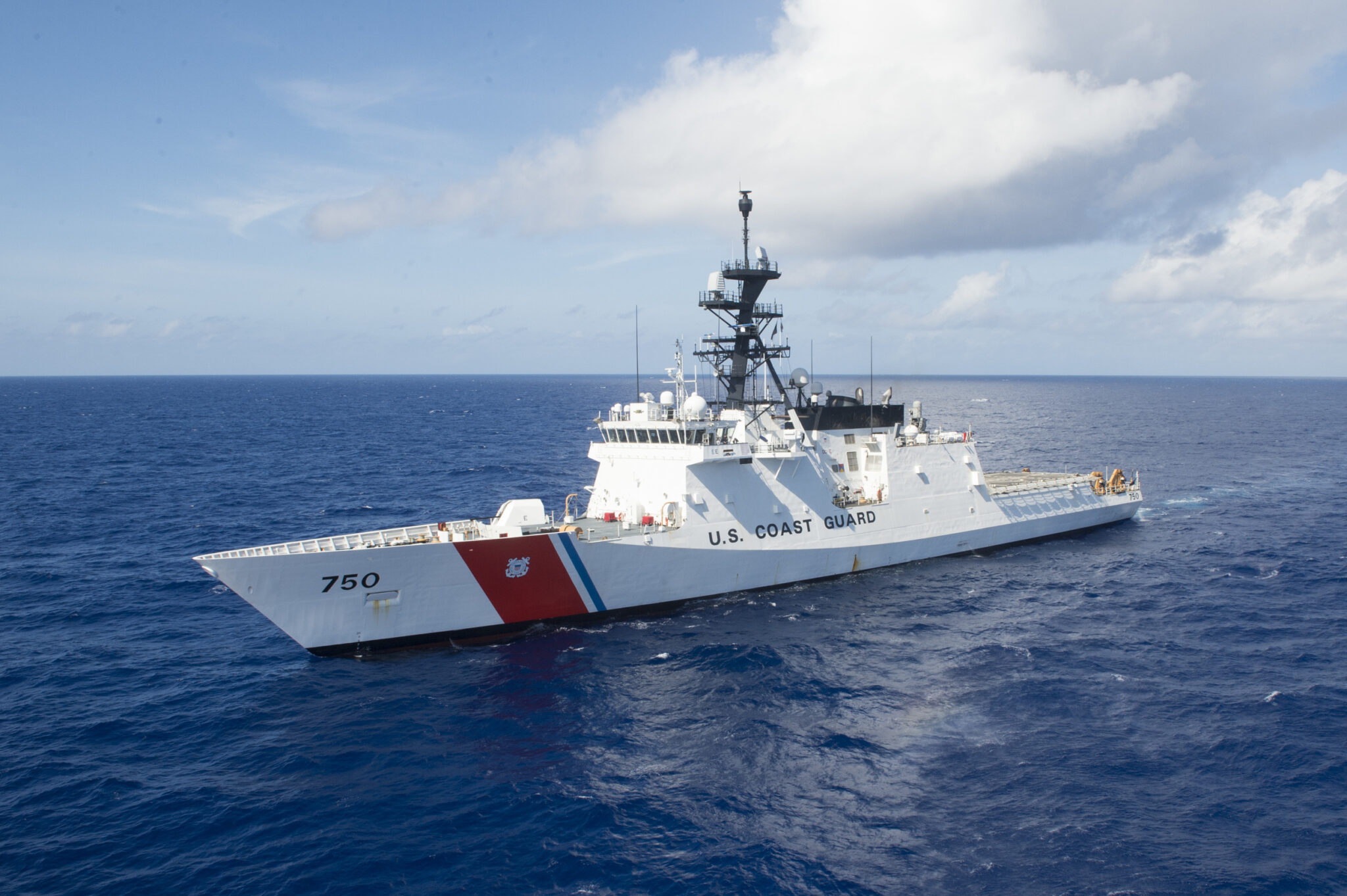 After taking over the Navy’s sealift and prepositioning fleets following the Cold War, MSC now operates with military detachments the Navy’s expeditionary staging bases and expeditionary support docks that host maritime security and counter-terrorism missions around the world. Civilian mariners also operate the more than a dozen expeditionary fast transports, or EPFs, that support Navy and joint assistance and training missions across Africa, Asia, and South America. Congress could continue construction of EPFs to enable MSC and its uniformed teammates to assume the Navy’s engagement mission. Since fewer civilian mariners are needed to crew a ship compared to Navy sailors, MSC vessels cost a fraction to operate compared to LCS. And the added demand for mariners would help bolster the ailing U.S. Merchant Marine. 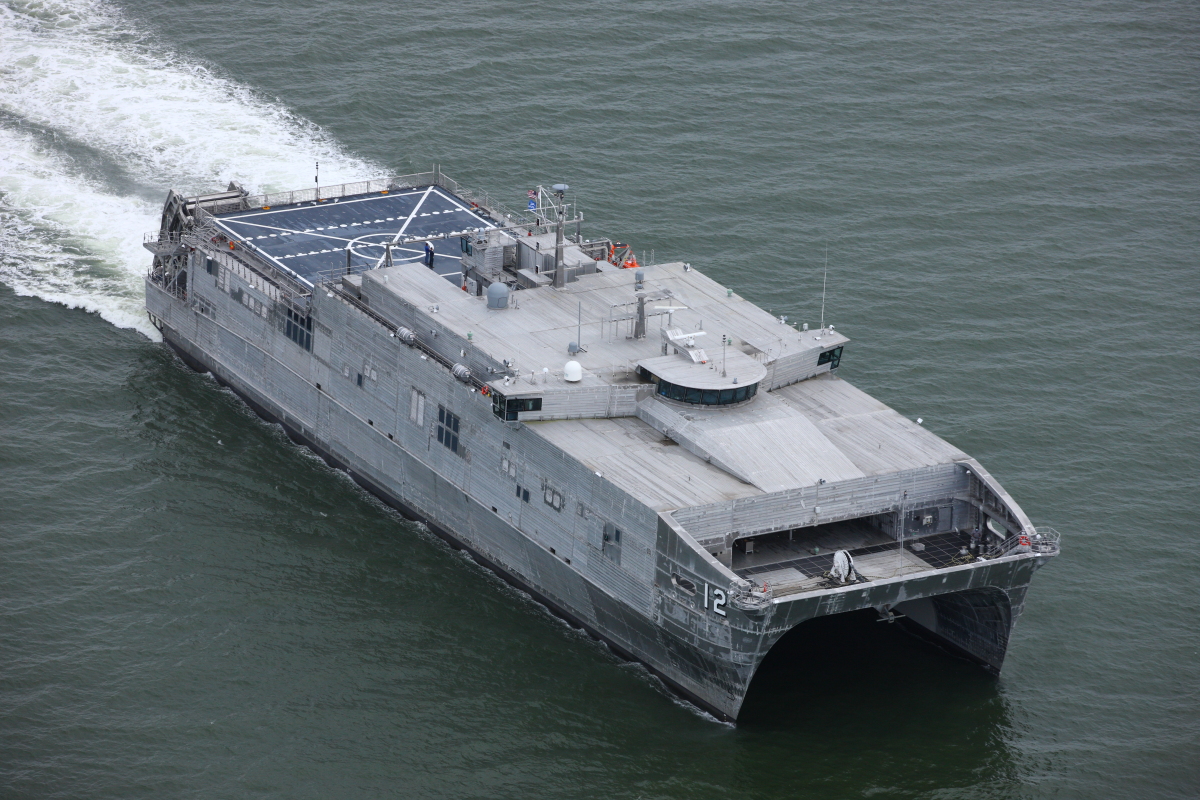 Another benefit of using EPFs to take over the Navy’s small ship mission-set relates to the Navy’s conceptual challenges with the planned Large Unmanned Surface Vehicle program. Plagued by Congressional concerns about its ability to operate independently and carry a magazine of missiles, LUSV has a rocky path to fielding. As an interim step, the Navy could replace the LUSV with an EPF equipped with a vertical launch system magazine, as recently proposed by Representative Elaine Luria. With the crew aboard, the EPF could conduct maritime security and training missions. In high-risk situations, however, EPFs can offload their crews and revert to Navy control, operating autonomously for a day or more to launch missiles remotely.

The Navy and DoD leadership seem perfectly happy to abandon the constabulary missions that are a global fleet’s bread and butter. But as Russia’s war in Ukraine and China’s adventures in the Pacific remind us, gray-zone operations can result in real gains on the ground or water and provide a jumping-off point for a larger conflict. Congress should step in to ensure the United States confronts low-level aggression at sea with an appropriate force that is committed to the mission.

Bryan Clark is a Senior Fellow at the Hudson Institute.

Dr. Craig Hooper, PhD is a defense analyst and Founder and CEO of the Themistocles Advisory Group.

This article appears courtesy of The Lowy Interpreter and may be found in its original form here.