On Wednesday, the destroyer HMS Bristol’s White Ensign was lowered for the last time at a decommissioning ceremony in Portsmouth, ending an era which began in March 1973.

Designed to defend a class of aircraft carriers which were never built, Bristol was the sole Type 82 destroyer delivered to the Royal Navy and, until now, its second oldest commissioned vessel.

“We knew the day HMS Bristol decommissioned from the Fleet would come, so it is my privilege as her final Commanding Officer to lower the White Ensign for the last time on behalf of the thousands of sailors and cadets for whom this ship has been an invaluable training platform, and also for all those who served on board during her first commission," said her final Commanding Officer, Lieutenant Commander David Price.

Bristol notably saw action in the Falklands during 1982. Initially leading a group of two destroyers, five frigates and one RFA supply ship arriving as reinforcements, the ship later joined the carrier battle task group to fulfil her primary role as an air-defence destroyer and then assumed flagship duties.

Representatives of Navy Command, the HMS Bristol Association (1982 veterans), youth organizations and ship's company gathered on her upper deck for a small decommissioning ceremony. They were also joined by Major Theo Hogg, RM, grandson of Lady Hogg, who launched the ship in 1969. After nearly two decades at sea, Bristol was re-commissioned and converted to a harbour training ship in 1993, remaining alongside at Whale Island ever since. During that time, the ship has provided a training environment for a wide variety of trainees; it has not been unusual to find engineering technicians training in machinery spaces whilst military training personnel conduct armed searches and medical assistants exercise casualty evacuations nearby. 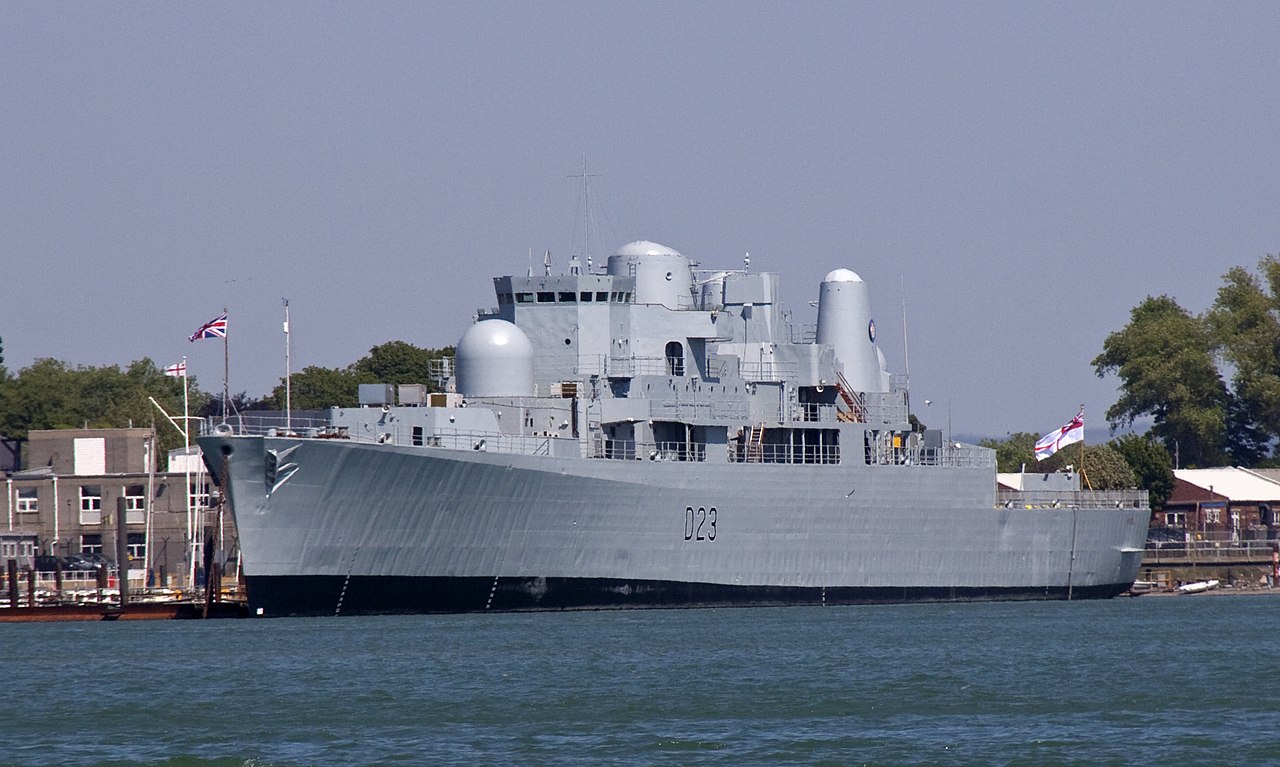 Bristol is also well known to many youth organizations including Royal Navy, Army and RAF cadets, Sea Scouts and University Technical Colleges. Many thousands have gained a sense of life on board ship while engaging in a wide range of Royal Naval and maritime based activities.

Although decommissioned from the Fleet, Bristol will remain in Portsmouth harbor until the next phase in her remarkable life is determined. Her remaining Ship’s Company of about 20 are being redeployed in the New Year.