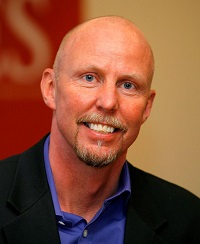 On June 8, 2015, the Russian government released the Russia’s Integrated Development Plan for the Northern Sea Route 2015-2030. The plan stresses the importance of providing safer and more reliable navigation on Northern Sear Route (NSR) for maritime export of Russian natural resource materials but also the strategic importance of NSR for Russian national security. The plan is also to increase international transit cargo transportation on NSR in partnership with Asian countries and in particular with China.

The Ministry of Far East Development of Russia released a public tender in December 2015 for a detailed NSR’s feasibility and development study prepared by the Far East Development Fund. The study should be completed over a period of six months or by July 1, 2016. The organization chosen to complete the task was the Analytical Center for the Government of the Russian Federation. So Russian government’s future development plans for the NSR should become clear during the second half of this year.

Importance of NSR for Russian Energy and Industrial Development

A substantial part of the Arctic hydrocarbon resource potential is located in NW Russia and offshore in the Barents and Kara seas at the western gateway of the NSR. Current and future development of this Russian resource base is the main driver for increased shipping on the NSR in the coming decades.

In 2015 a total of 5.4 million tons of goods and project cargo were transported on the NSR, up from about 4.0 million tons in 2014 and 3.9 million tons in 2013. This includes delivery of cargo for the construction of the Yamal LNG plant and the port of Sebetta on the Yamal Peninsula. Only a small fraction was transit cargo between two ports lying outside the Russian official boundaries of the NSR, or 274,000 tons in 2014 and 40,000 tons in 2015, according to the NSR Administration. The NSR Administration received a total of 715 applications for sailings on the NSR in 2015, thereof 126 from foreign flag ships.

This is in addition to year-round transport of 1.3 million tons per year of nickel and other nonferrous metals from Norilsk Nickel at the Dudinka Port on the Yenisei River. Other projects in the planning states are Novatek’s Arctic LNG-2 on Yamal and Gydan with estimated 16.5 million tons of LNG produced per year; transport of 5-10 million tons of coal from the Taymyr Peninsula from the port of Dikson as part of the VOSTOKcoal Project; and 45 million tons per year of crude oil as part of the Transneft-Arctic Project with development of an offshore loading terminal for crude oil in the Sabetta Port.

If all these energy projects come through then transport volumes on the NSR could reach 100 million tons per year by 2030. Most of this cargo will be transported on the NSR westwards from the Yamal, Gydan and Taymyr Peninsulas to European markets and onwards through the Suez Canal to Asia. Part of the cargo will be transported eastwards on the NSR to Asian markets, but likely mainly during the five to six months of the summer-fall navigational season when sea-ice conditions are most favorable.

The large Russian rivers which all flow north into the Arctic Ocean can also act as major transport connections from the internal part of Russia to the NSR, but also the other way around as Russian rivers such as Ob, Yenisei and Lena Rivers offer logistical possibilities for transportation of goods and project cargo from the NSR into the inner parts of Russia promoting further industrial development.

In short, NSR is the ideal throughway for Russian Arctic resources and industrial products westwards to European markets and eastward to markets in NE Asian, and for promoting regional industrial development.

NSR as an International Trade Route between Europe and Asia

But what are long-term prospects for the NSR to develop not only into Russian-Asia and Russia-Europe maritime trade routes but into an international trade route between markets in the North-Atlantic and the North-Pacific?

Demonstration Voyages 2010-2013 - An effective way of evaluating future possibilities of NSR transit shipping was to perform several exploratory or demonstration voyages with both Russian and non-Russian flag ships during 2010-2013. This was needed to satisfy commercial shipping and insurance companies’ need for reliable information and data on vessels’ operational conditions and better assess the overall risk picture of shipping on the NSR.

A total of about 120 full transit voyages took place during these three years by Arc4 ice-strengthen cargo vessels transporting different types of cargo at different times during the summer-autumn navigational season and encountering different sea-ice conditions and other weather-related operational conditions. These demonstration voyages showed that NSR can be relatively safe and reliable providing escorting and guidance from Russian icebreaking fleet and use of Russian ice pilots (navigators).

Some Prerequisites - But to be of interest for commercial shipping NSR needs to provide not only needed safety both predictability and punctuality of cargo transport. Regularity of year-round supply of goods is no less important than the cost of transportation. The current limited seasonal window for trans-Arctic voyages of five months (July-November) will be a limitation to the NSR’s full development and economic viability.

During the remainder of the year the whole Arctic Ocean freezes over with average ice thickness of about 1.6m (five feet) making shipping much more difficult and dangerous. But year-round operation on the NSR will be a prerequisite for the route’s full integration into the world’s transportation system. Another prerequisite for increased growth in transit shipping on the NSR is the availability and regularity of cargo transport from Europe eastwards, and from Asia westwards. Currently limited number of vessels with adequate ice class represents limitation on the utilization of the NSR. And then it is the economy of scale, as NSR is vulnerable to competition from much larger vessels going via Suez and Cape.

To make NSR safer and more reliable as a transport route both for Arctic resources as well as more attractive as an alternative trade route between markets in NW Europe and NE Asia, a number of important changes need to take place. This includes strengthening NSR’s overall administration and management, transport services, and last but not least maritime infrastructure.

The NSR’s Administration and Management - Today in Russia there is no single organization that oversees all NSR’s activities, services and marketing, provides analysis of efficiency and route optimization, traffic coordination, and provides strategies to promote commercial activities. Such an organization should also be the one determining tariff rates; predict future NSR traffic, cargo volumes, and demand for icebreaker assistance and other support services.

Subsequently, the NSR Administration’s role needs to be expanded to include these additional services in line with the role the Suez Canal Authority plays for the Suez Canal. Online multi-language information portal also needs to be developed for commercial shipping on the NSR.

The NSR management also needs to find ways to reduce risks of shipping delays due to sea-ice by improving sea-ice predictions and ice reconnaissance. Before a voyage a detailed assessment and forecasting of ice conditions and other operational conditions on route needs to take place and presented to NSR users.

Tariffs need to be dependent on the type of cargo (and subsequently the type of vessel). Transportation cost in the overall cost of delivering goods to consumers may be very different for different types of cargo. Establish a system of tariff discounts for regular users, discount on large transported volumes, and on return passages in ballast. Tariff discount should also be given for passage in convoy compared to individual sailing.

Tariffs rates should be tied to the cost of bunker oil and to conditions on the freight market. Users also need an official online information resource to quickly be able to calculate tariffs for icebreaker assistance and ice pilotage. And finally the tariff system needs to be user friendly and fees competitive and similar to canal fees on southerly routes (Suez/Panama).

The NSR’s Transport Services - Icebreakers and ice pilot services are key elements of the NSR’s support services. Sufficient icebreaking capacity needs to be available to assist vessels in transits and to keep the route open during pre-scheduled navigational period regardless of the sea-ice conditions and remove the risk of delays; optimization of icebreaking capacity including strategic locations of icebreakers along the full length of the NSR. But the problem is that Russian icebreakers have since 2014 been primarily engaged in Arctic oil and gas projects and this will likely continue to be the case over the next several years.

Russian Arctic ports along the NSR need to be fully modernized and provide deep-draft access, refuge and salvage services as well as cargo handling and passenger/crew facilities. Of vital importance for the NSR is to facilitate access to Russian ports for loading and discharging for non-Russian flagged vessels with the purpose to create round voyages possibilities.

SAR and oil spill response facilities and operations need to be further developed within the NSR Water Area, including land-based and offshore (floating) infrastructure to be able to respond to emergencies in time and deliver needed assistance and supplies (e.g., medical) and conduct evacuations and oil spill response from remote areas of the NSR. Again here, new powerful Russian icebreakers and multi-purpose emergency and rescue vessels (e.g. Baltika) will act as floating support units in case of accidents. To do so these vessels need to be strategically located and readily available to assist and guide transiting vessels in need.

The NSR’s Maritime Infrastructure – We need a detailed study that shows the structural and design characteristics of a new NSR transport and logistics system - a system that we would like to see put in place in the near future, for example by 2040 or 2050, to satisfy our safety, reliability and environmental requirements.

The results should be displayed as interactive maps with effective visualization components, animations and a series of videos showing the proposed structural and design features of the required physical infrastructure, communication and navigational systems and response services. In other words give all stakeholders a clearer picture of how various components of the logistics chain are tied together and how the whole logistics system should operate and function.

Model simulations should be based on various development scenarios and feasibility and sensitivity analyses for different cargo types being shipped, volumes and trade flows, types and sizes of vessels being used, transshipment, seasonal or year-round operations, and other factors. Full-scale, year-round transit shipping on the NSR requires different physical infrastructure and support services than the current seasonal operation during the five months of summer and early fall which is taking place in largely ice-free waters. This modeling of a new maritime transport and logistics system should be a joint exercise between the industry and research community, based on the safest, the most sensible, cost-effective and environmentally sound solutions.

If an agreement is reached on the design of a new NSR’s maritime transportation and logistics system then the next step is estimating the costs of the various infrastructure components of the new system and establishing international cooperation and partnerships for putting the required infrastructure in place. Russia has already stated that ideal partners would be countries in NE Asia that see benefit in greater excess to Russian Arctic resources and shorter trade route to NW Europe (China, South-Korea and Japan).

The build-up of new infrastructure will take many years and will be costly. Without cost-sharing the up-front capital costs of establishing proper maritime infrastructure are prohibitive and too high for Russia to take on alone. Infrastructure build-up is also needed along the whole length of the North East Passage not just the Russian defined boarders of the NSR. Assessment of different funding mechanism in financing long-term capital-intensive maritime infrastructure projects within the Eurasian Arctic needs to take place. Joint funding among interested parties and governments should be a viable solution.