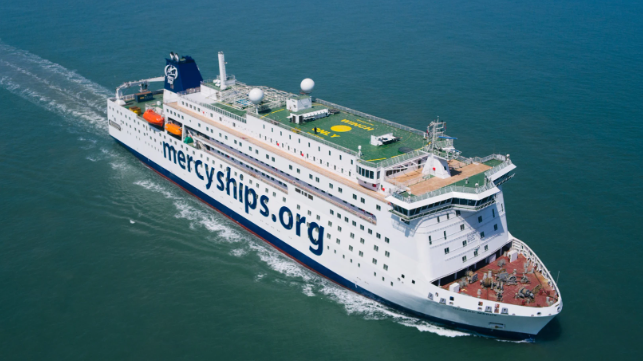 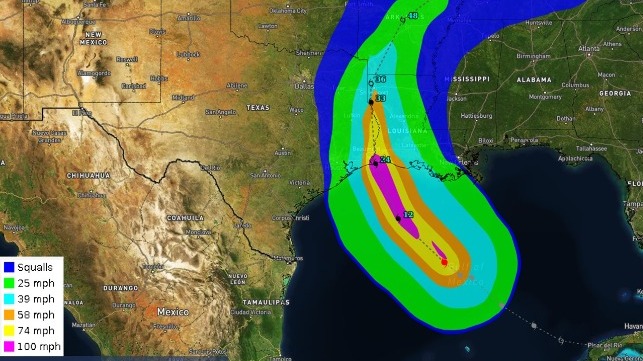 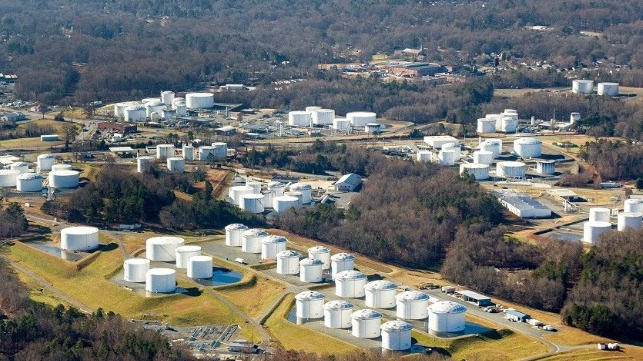 Biden: No Evidence That Russia Was Behind Pipeline Cyberattack 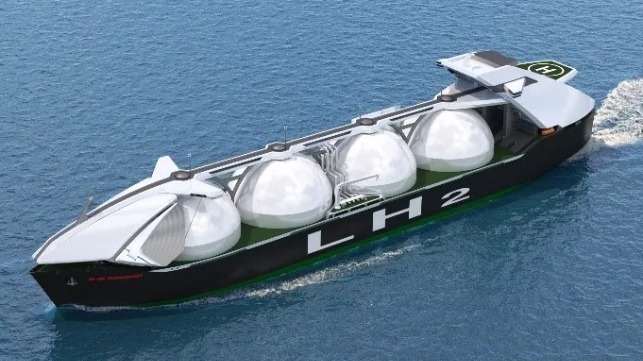 Design Approval for Hydrogen Containment to be Used for Large Carrier

Plans are moving ahead for the expansion of the Howard Street Tunnel — a project expected to boost the Port of Baltimore’s ability to handle container traffic — thanks to a joint effort by the State of Maryland and CSX Transportation to secure additional funding.

“This is an essential project for the Port of Baltimore, State of Maryland and the entire East Coast,” said Gov. Larry Hogan. “Reconstructing the Howard Street Tunnel will create thousands of jobs, open up new trade lanes for the Port, and improve overall freight rail service across our nation. I’d like to thank our leadership team at the Port and CSX for their partnership and willingness to continue working with us on a solution. We look forward to working with our federal partners to make this transformative project a reality.”

In July, Gov. Larry Hogan was able to secure $125 million as part of the federal Infrastructure For Rebuilding America (INFRA) Grant Program for the project. However, the state still needed $103 million for the infrastructure improvements that would allow CSX to double-stack shipping containers in the tunnel to break the rail bottleneck before reaching the Port.

“We praise the collective efforts from the State of Maryland, Port Administration, the Port of Baltimore and all involved in securing the funding toward the reconstruction of the Howard Street Tunnel,” said Christian Pedersen, Head of Revenue Management and Ocean Product for Maersk in North America. “Any investment in infrastructure for the betterment of the local economy, and resulting in new job opportunities and increased cargo fluidity, is welcomed by Maersk.”

The remaining $103 million was acquired through state, private and federal avenues, according to former Maryland Department of Transportation (MDOT) Secretary Pete K. Rahn, who stepped down from his position in January. Once completed, the project will provide double-stack clearance in the tunnel and under bridges between Baltimore and Philadelphia.

“I am pleased to report that our efforts have paid off,” Rahn wrote in a letter to U.S. Transportation Secretary Elaine Chao. “At this point, the $466 million project is fully funded. The nationally significant project has been a priority for the State of Maryland for decades, and once complete, it will fundamentally change the way containerized cargo moves around the country by creating a double-stack rail network to and from the Port of Baltimore and along the entire I-95 rail corridor.”

The project is expected to increase the Port’s production by 100,000 containers annually and serve as a significant job generator by creating 7,000 construction jobs and 7,400 additional jobs with the increased business.

The Port’s clients also expect to see a boon.

“From Hapag-Lloyd’s perspective, we are pleased to learn of new investment in intermodal projects,” said Gregory K. Decker, Director Procurement — Intermodal Corporate Operations — Region North America for Hapag-Lloyd (America) LLC. “This initiative in the Port of Baltimore fits with our Strategy 2023 intention to expand our inland footprint in North America.”

In October 2016, Gov. Hogan and CSX officials met onboard a CSX rail car and rode through the then 121-year-old Howard Street Tunnel. During the ride, the governor reaffirmed his commitment to making necessary infrastructure adjustments to the tunnel.

“CSX is pleased to partner with Gov. Hogan and the State of Maryland on the Howard Street Tunnel project to help improve our nation’s freight transportation system, maximize freight rail capacity, and increase intermodal connectivity between the northeastern and southeastern United States,” said James M. Foote, President and CEO
of CSX.

Height restrictions within CSX’s tunnel currently prevent the shipment of double-stacked intermodal containers — two shipping containers stacked on top of each other — by rail to and from the Port of Baltimore and up and down the East Coast. Double-stack rail transport is more cost-effective than transporting freight by truck, reduces congestion along the entire I-95 corridor and delivers environmental benefits with fewer emissions and cleaner air.

For years, planners thought the reconstruction of the Howard Street Tunnel to accommodate double-stack intermodal trains would cost between $1 billion and $3 billion and be highly disruptive to the surrounding community. The 1.4-mile underground bore is about 18 inches too short for freight trains to carry truck-sized shipping containers stacked on top of each other.

Under the expansion project, the ceiling would be notched, the floor lowered and steel crossties used to create the necessary clearance for taller trains. The expansion, which could take three to four years to complete, would still allow traffic to move through the tunnel during construction.

By using recent advances in construction technology, such as a technique to lower the floor and notch the crown of the tunnel, CSX and MDOT have determined that it is possible to provide double-stack clearance in the tunnel and under the nine bridges for $425 million with minimal impact on the community.

When completed, the expanded tunnel should be a boon to business around the region.

“This is a game changer,” said Anirban Basu, Chairman and CEO of Sage Policy Group, Inc. “For years, I have viewed this as Maryland’s most important infrastructure priority. We now have an opportunity to move from good to great in logistics. We will support more jobs and businesses in the process, which should also fuel state and local tax collections. The payback period will be quite short — the rate of return on investment will be exceedingly elevated.”

The tunnel renovation is just the latest expansion project at the Port, which continues to break records for handling cargo.

MDOT’s Maryland Port Administration announced plans in June to renovate an unused fruit pier for suitable storage space for the increasing number of automobiles and other cargo arriving at the Port. The Maryland Board of Public Works approved a $4.6 million contract with Cianbro Corp. of Baltimore to raise the elevation of the pier to match that of adjacent terminals and to grade and resurface the parcel for cargo storage.

The extra land is a key component for success. It allows the companies around the Port the flexibility to expand.

Last year, Gov. Hogan and the Maryland Board of Public Works approved a contract to fill in a wet basin at the Port’s Fairfield Marine Terminal. This will create more land to help handle the Port’s surging auto and roll-on/roll-off cargo.

Filling in the basin will create seven acres of cargo storage area. This contract will complete the overall project by raising the elevation, adding a new storm drainage system, finishing surfacing, lighting and fencing and installing a security booth.

In addition, AMPORTS acquired 60 acres of land next to its Chesapeake Terminal with plans for an additional pier extension for extra storage and to accommodate incoming autos.

After several years of construction at CSSC's Tianjin Xingang shipyard in northern China, the hospital ship Global Mercy - the largest civilian vessel of her kind ever built - has completed her official sea trials. After some final fitting out, the shipyard will present the ship for delivery this summer.  When delivered, she will sail to Antwerp and Rotterdam for crewing and outfitting, then to Senegal for her first mission.  “These deep-water trials represent a critical checklist for our new...

The weather software and decision support company StormGeo announced Monday that it will be acquired by Alfa Laval, a leading supplier of fluid handling and purification systems. Alfa Laval plans to purchase StormGeo in order to accelerate their digital services product line and add a new way to help clients along the route to decarbonization.  StormGeo provides weather services like digital weather displays, custom forecasting and weather routing to 2,200 customers around the world in a wide variety of industries,...

Biden: No Evidence That Russia Was Behind Pipeline Cyberattack

In a statement Monday, U.S. President Joe Biden said that there is no evidence that the cyberattack on the U.S. East Coast's primary fuel pipeline was attributable to the Russian government. However, "there's evidence that the actors' ransomware is in Russia," he said, adding that the Kremlin has "some responsibility to deal with this." Biden is planning a meeting with Russian President Vladimir Putin to discuss the attack.  On Friday, operator Colonial Pipeline acknowledged that a cyberattack had forced it...

Design Approval for Hydrogen Containment to be Used for Large Carrier

With increasing focus on hydrogen as one of the leading alternative fuels for the future, one of the challenges that remains is transporting the gas in large commercial volumes. Japan’s Kawasaki Heavy Industries continues to take a leadership role and recently was awarded an Approval in Principle (AiP) from ClassNK for a cargo containment system for a large liquefied hydrogen carrier. Kawasaki reports that the cargo containment system, which was developed as part of a project funded by Japan’s New...