In the biological world, many species have symbiotic relationships, mutual dependencies, with other species to increase their ecological fitness. We aver that there can be a similar symbiotic relationship between digitalization and collaboration in business and society. Neither can exist without the other, because they co-determine economic fitness. Furthermore, the combination can drive significant economic and societal capital creation. Successful partnerships co-evolve their collaboration through cooperative digitalization to contribute to an emerging era of digital symbiosis.

We assert that all industries need to emphasize the interrelationship between collaboration and digitalization to create economic and societal value through enhancing human and social capital and preserving and restoring natural capital. This mindset can take shipping to higher levels of digital symbiosis.

What it takes to make shipping sustainable

The shipping sector is the backbone of the global economy, requiring large-scale partnerships. While economic value can be created in silos, dealing effectively with global challenges like climate change or vanishing biodiversity requires collaboration. While industry cooperates to create a dynamic self-organizing ecosystem, freedom of association that permits collaboration for positive change has yet to demonstrate its full potential. This lack of deep cooperation can cause slow digitalization, which handicaps coordinated action to address global challenges.

We assert that the most effective way to drive balanced capital creation is to combine collaboration (c) and digitalization strategies (d) to drive business models that simultaneously address economic (e) and societal capital (s) creation (Figure 1). The cdes model is a general guideline for public and private sector actors in their quest to deal with today’s significant challenges. 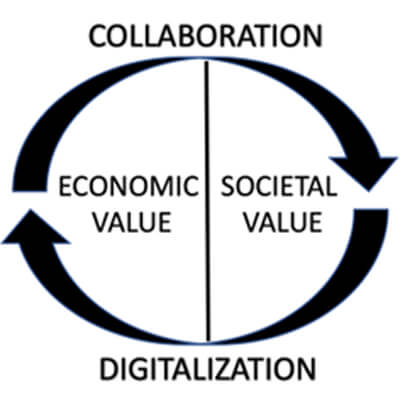 Figure 1: The cdes model: Rebalancing economic and societal value by the combination of collaboration and digitalization

Every organization, whether private, public, or non-governmental, is in the business of capital creation. The winners are those organizations with a recipe that generates the highest level of productivity within their competitive sphere. A pure short-term focus on profits that neglects a balanced broader stakeholder view, such as cdes, can jolt the share price but inflict long-term damage.

What this means for shipping

The decarbonization of shipping requires a high level of alignment between industries and their critical value chains, such as the marine fuel, shipbuilding, and shipping operational value chains. Collaboration through cooperative digitalization across these clusters of vital value chains is conducive to minimizing greenhouse gas (GHG) emissions, pollution of the oceans, the destruction of marine life, and global wealth inequities.

Another example of a solution rooted in the idea of combining collaboration and digitalization for better and more balanced outcomes is the virtual watch tower (Figure 2). An international network of virtual watch towers could provide situational awareness of vital assets (e.g., cargo) and answers to emerging disruptions. While still theoretical, the concept promises to yield enhanced fluidity of goods and delivery precision and a reduction of transport emissions by creating an extensive data pool hosted by a neutral entity. This data store can feed analytical engines that can share their finding with the network members for their individual and collective benefit. 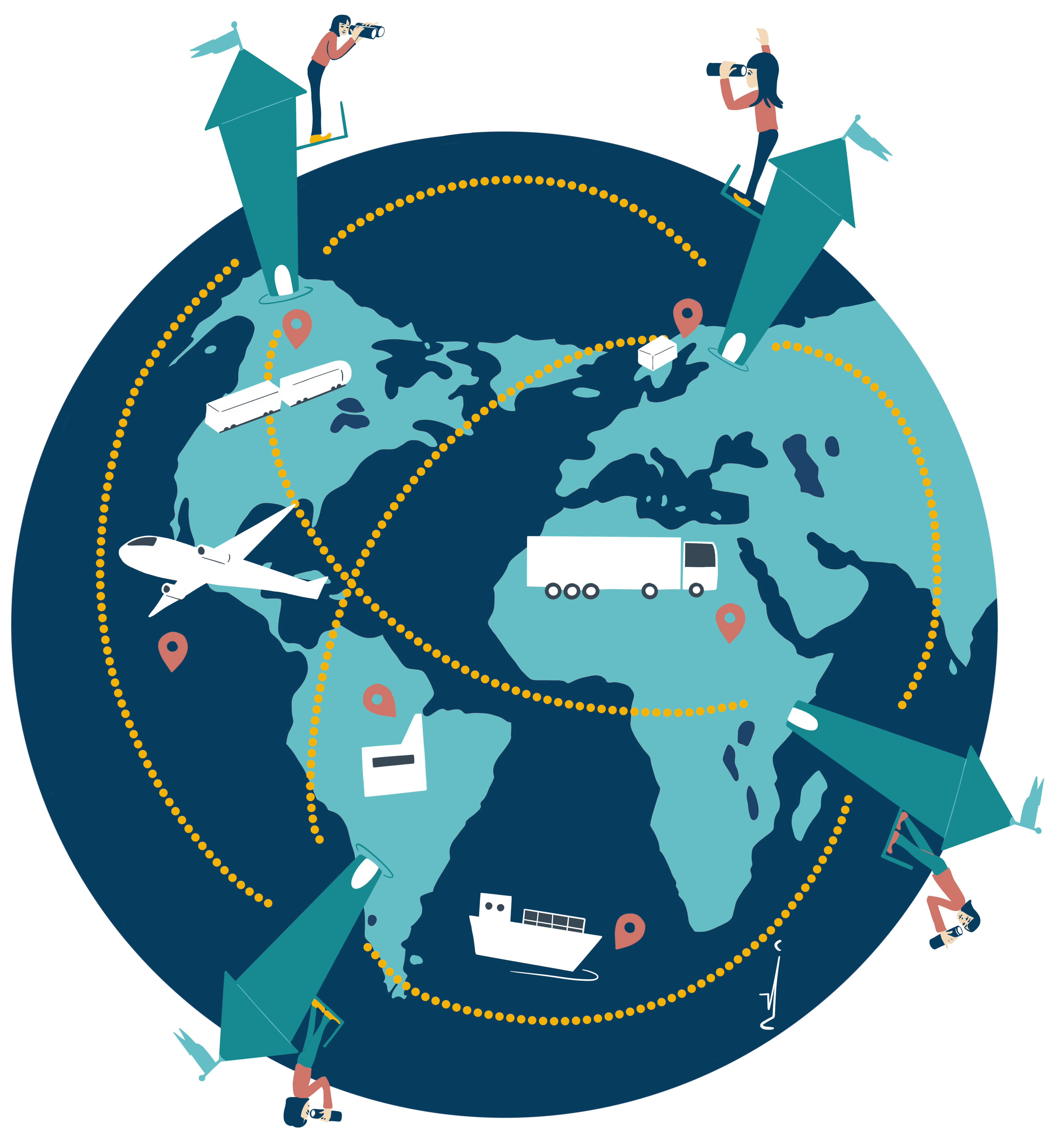 The world needs a formula for healthier growth. Shipping industry decision makers acknowledge there is a need for closer collaboration. Nevertheless, they are less aware that combining collaboration and digitalization while an appealing idea lacks the requisite scale for navigating the next phase of disruptions. New regulations, particularly in Europe, North America, and in Asia, will force change upon shipping. It should welcome these developments as they focus on collaboration and digitalization for balanced economic and societal value creation, which should benefit many in the short- and the long-term.

Mikael Lind is the world’s first (adjunct) Professor of Maritime Informatics and is engaged at Chalmers, Sweden, and the Research Institutes of Sweden (RISE). He serves as an expert for World Economic Forum, Europe’s Digital Transport Logistic Forum (DTLF), and UN/CEFACT. He is a well-recognized trade press author, the co-editor of the first two books of maritime informatics, and co-author of the recently released Practical Playbook for Maritime Decarbonisation.

Wolfgang Lehmacher is operating partner at Anchor Group and advisor at Topan AG. The former head of supply chain and transport industries at the World Economic Forum and President and CEO Emeritus of GeoPost Intercontinental is advisory board member of The Logistics and Supply Chain Management Society, ambassador of The European Freight and Logistics Leaders' Forum, advisor of GlobalSF, founding member of the think tanks Logistikweisen and NEXST, and co-author of the recently released Practical Playbook for Maritime Decarbonisation.

Richard T. Watson is a Regents Professor and the J. Rex Fuqua Distinguished Chair for Internet Strategy in the Terry College of Business at the University of Georgia. He has published over 200 journal articles and written books on electronic commerce, data management, and energy informatics. His most recent book is Capital, Systems, and Objects.