The Canadian Standing Senate Committee on Fisheries and Oceans met last month to study maritime search and rescue activities, including current challenges and opportunities. Colonel (Retired) Pierre LeBlanc, President, Arctic Security Consultants, addressed the committee a witness on the matter of search and rescue in the Arctic: 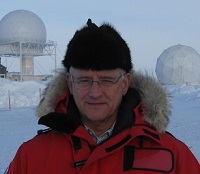 The Canadian Arctic is actually larger than the whole of continental Europe.

Part of Canada’s SAR responsibility under the Arctic Council’s Agreement on Cooperation on Aeronautical and Maritime Search and Rescue in the Arctic includes the North Pole, which is 4,463 kilometres from SAR aircraft based in Winnipeg. It is the equivalent of stationing the SAR assets for Newfoundland in Frankfurt, Germany. Yet, there are no major SAR assets in the Arctic. They are too far south, requiring a transit time that is too long for an area where time is critical.

Increasing maritime traffic, made possible by the accelerating loss of Arctic sea ice, has led to some 178 vessels making a total of over 406 visits to the Arctic, including 32 Northwest Passage transits in 2017 alone.

I have also raised concerns with our aging Coast Guard icebreaker fleet on several occasions. All of our icebreakers are reaching the end of their design life, and increasing demand for icebreaker service support is leaving the fleet stretched.

One of the challenges in the Arctic is acting fast enough because of the cold weather. If we were to have a Costa Concordia accident in the Arctic, the passengers who would jump, unprotected, into the frigid waters would be dead in minutes, while SAR aircraft would be hours away and Coast Guard vessels could be days away.

Northern people expect and deserve more. They should not be forced to accept a much lower standard or quality of service of federal services.

Arctic maritime accidents are not a theoretical exercise. Two cruise ships and one tanker have already run aground in the Arctic.

Unfortunately, the deployment of SAR assets is based on historical facts rather than anticipated activity. Former Prime Minister Stephen Harper, during one of his trips to the Arctic, stated that Canada could not provide the same level of SAR service in the Arctic as in the South. That is true, but I say that we can certainly do better than what we have now.

There are several opportunities to do better, and I’d like to name a few.

All SAR air assets should be equipped with forward-looking infrared radar, such as the new search and rescue fixed-wing aircraft will have. It will make searching for survivors and vessels that much easier and faster against the cold water background.

Canada has been investing in the Arctic Coast Guard Auxiliary, and this will increase SAR assets, but this investment needs to be long term.

For a number of years it has been recommended, including by your own committee, to provide the Canadian Rangers with a maritime role. They could increase our SAR capabilities but also act as first responders to report illegal fishing, initiate action on marine spills and provide a sovereignty presence throughout the Arctic. Who could criticize the Inuit for doing so? They would reinforce our sovereignty position over the internal waters of the Arctic Archipelago.

Resolute Bay could be further developed as a contingency facility that would increase our capacity to deal with a major accident for the recovery and extraction of survivors, and to deal with the environmental impact.

The U.S. Coast Guard positions helicopters in Alaska during the shipping season. We could do something similar. It has been recommended in the past to position air assets in Yellowknife to reduce the transit time to the Arctic. Those assets could also be deployed south if need be.

The new Arctic offshore patrol ships will soon increase the SAR capability. They will need to deploy there during the shipping season.

One of the most cost-effective actions Canada could take would be to direct preventive measures that will reduce the likelihood of expensive accident recovery and environmental impact, such as making reporting to NORDREG compulsory for all vessels over 30 tons and above, all vessels carrying passengers and all ships carrying dangerous cargo. Similarly, Canada could require all such vessels to be equipped with automatic identification systems. Those can be monitored from space.

Both measures will improve our Arctic domain awareness, a stated federal government priority.

Other thoughts: Enforce the new Polar Code and request even higher standards of the International Maritime Organization; complete the selection of Arctic marine corridors and make those compulsory; map the corridors to modern standards and provide them with navigational aids; ensure that the obsolete search-and-rescue mission management system is replaced with a modern system in a timely fashion; consider the use of drones as a cost-effective option to support local SAR; increase funding for the Civil Air Search and Rescue Association in the Arctic; and consider contracting civil aviation to provide Arctic search and rescue similar to the services provided by Cougar Helicopters to the oil and gas industry.