The Dry Bulk Sector and the Critical Challenges That Lie Ahead

INTERCARGO held its Annual General Meeting, Executive and Technical Committees’ meetings in London on October 1 and 2, 2018, along with a well-attended Dinner Reception on the first day. INTERCARGO re-iterated its commitment to a safe, efficient, high quality and environmentally-friendly dry cargo shipping industry and its support for an industry governed by free and fair competition. The meetings were chaired by Chairman John Platsidakis, Vice Chairman Jay K Pillai and Technical Committee Chairman Dimitris Fafalios.

SAFE CARRIAGE OF CARGOES AND INVESTIGATION OF CASUALTIES

The previous year 2017 was marked by the tragic losses of M/V Stellar Daisy, carrying iron ore, and M/V Emerald Star, with nickel ore cargo, causing the loss of 32 seafarers, the highest annual loss of lives since 2011. INTERCARGO believes that the submission of quality casualty investigation reports without undue delays would greatly benefit the industry. INTERCARGO has already commended the Isle of Man Ship Registry, the Flag Administration of the M/V Cheshire, for the timely publication and the clarity of its Casualty Investigation Report, which allowed the International Maritime Organisation (IMO), and our Association in this context, to consider corrective actions already (e.g. in relation to the IMSBC code).

The importance of investigating an incident and the subsequent publication of a casualty investigation report cannot be over stated; the dry bulk industry expects strict compliance with IMO’s Casualty Investigation Code, which might even necessitate a “naming and shaming” enforcement process. We invite the IMO to regularly publish casualty analyses.

On the implementation of the 2020 regulation for the 0.5 percent sulfur limit on bunkers, the maritime industry is concerned about a reasonable level of safety of MARPOL and SOLAS compliant fuels from January 1, 2020. This crucial message has unfortunately been distorted even at IMO level. The successful and orderly implementation of the regulation rests with the IMO Member States and with suppliers (involving oil refineries, bunker suppliers and charterers) who need to secure the worldwide availability of safe compliant fuels - a particular problem for ships in the tramp trades. Policing the quality of the new compliant fuels seems to be a great challenge already, as it has proved extremely difficult to address the very serious recent problems with existing fuels.

INTERCARGO welcomed the initial strategy for the reduction of Greenhouse Gas (GHG) from ships adopted by IMO and will continue its participation in the global regulator’s deliberations. The ambitious objectives that have been set will require adequate technological solutions, as GHG emissions largely depend on the design and the technology of the constructed ships, their engines and machinery, and the fuels used for propulsion. So it is crucial that charterers and operators, who very often have the responsibility about how ships are utilized, shipbuilders, engine manufacturers, and fuel suppliers get involved in IMO’s deliberations.

INTERCARGO aspires to the effective implementation of the BWM Convention. INTERCARGO remains committed to investigating the ongoing practical problems in retrofitting existing dry bulk ships with BWM systems and operating them. Implementation challenges also include adequate worldwide spares support for these systems, the availability of proven systems, which can perform under all conditions, and service backup. Achieving the effective implementation of the BWM Convention will require working closely with the manufacturers.

Compliance with the discharge requirements of MARPOL for cargo residues and cargo hold washing waters which are Hazardous to the Marine Environment (HME) depends largely on the availability of adequate (e.g. per cargo type) Port Reception Facilities (PRFs). The non-availability and adequacy problems of PRFs unfortunately continue. We would urge a more effective system by IMO for information collection and sharing to ensure compliance.

INTERCARGO, in relation to Port State Control transparency and the lack of any self-assessment structures, continues its efforts to persuade regional MoUs to establish auditing schemes and transparency mechanisms. The objective is to target unethical behavior within their areas and it is regrettable that so far MoUs seem uninterested to follow. Crew are distracted from their primary task of safe ship operations by the unethical behavior of Port Authorities in some coastal states and we request IMO intervention at government levels to curb this practice.

The Association’s Membership increased significantly through to 2018. The latest count comprised 138 Full Members with 2,177 bulkers entered with the Association, with a total capacity of 202 mil dwt i.e. about 20 percent basis numbers of vessels and 25 percent basis dwt of the global dry bulk carrier fleet. Also, 72 Associate Members support the Association.

INTERCARGO’s internally produced statistics for its entered fleet during the last year demonstrate again that Members’ vessels significantly outperform industry averages in terms of Port State Control (PSC) detentions per inspections and also PSC deficiencies per inspections. Secretary General Dr. Kostas G. Gkonis noted that this has been the result of the stringent criteria applied for adding vessels of members and new membership. “We have had to put a significant number of ship registration applications on hold in the last two years, but we hope that existing and new member applicants appreciate the reasons and will continue to support our Association.”

At the Annual General Meeting of the Association, the Chairman and the two Vice-Chairmen of INTERCARGO from January 1, 2019 were elected for the next two-year term. Current Chairman John Platsidakis and Vice-Chairman Nicky Pappadakis will be stepping down on December 31, 2018 after completing the maximum term in the said positions. Vice-Chairman Jay K Pillai was re-elected, Dimitris Fafalios was elected as Chairman and Spyros Tarassis as Vice-Chairman.

INTERCARGO’s Chairman John Platsidakis said “This year is a landmark of 40 years since the proposal to establish INTERCARGO was first adopted in September 1978 although our Association’s first General Meeting took place in April 1980. During the last two days, we have been engaged with our members in very challenging discussions and serious concern was expressed by the lack of understanding by the regulators of how dry bulk ships operate worldwide on tramp trades. It is regrettable that the regulators do not engage in discussions with our sector, prior to their decisions, on the practical issues related to the implementation of the regulations. We will continue to raise the views of our members at IMO and other fora while we welcome any regulation which sets practical achievable targets. We will be the first ones to applaud them.” 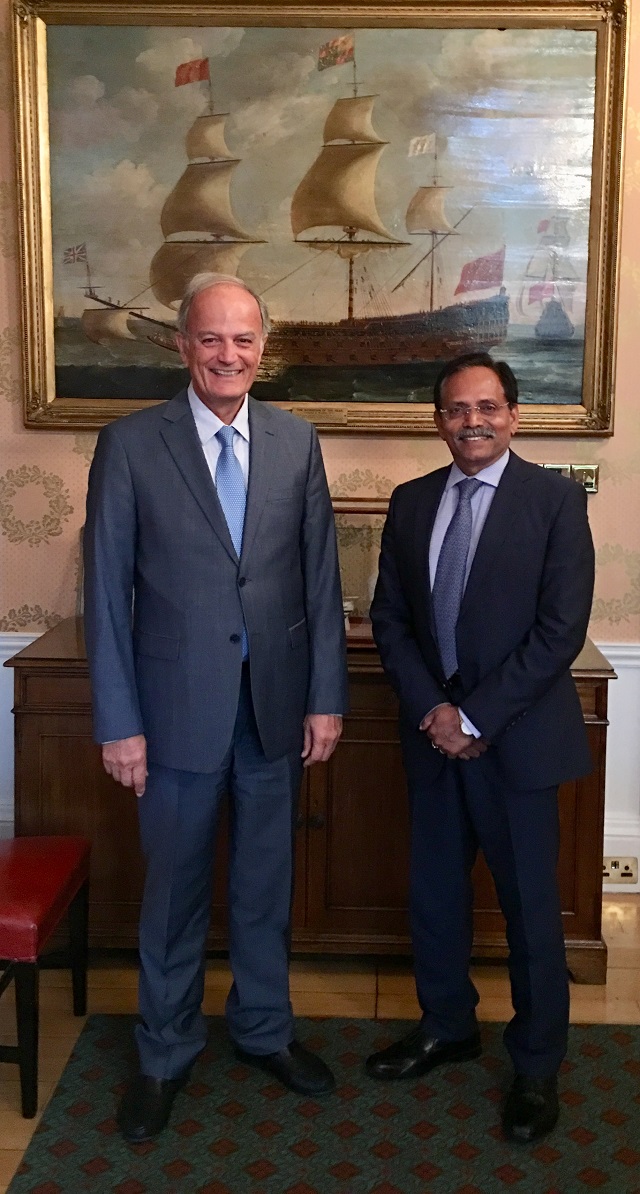 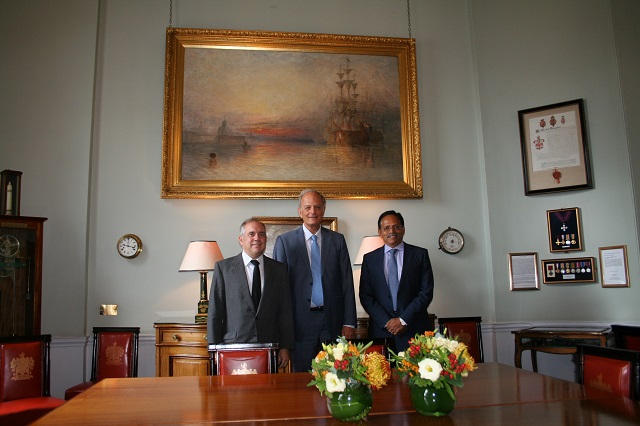 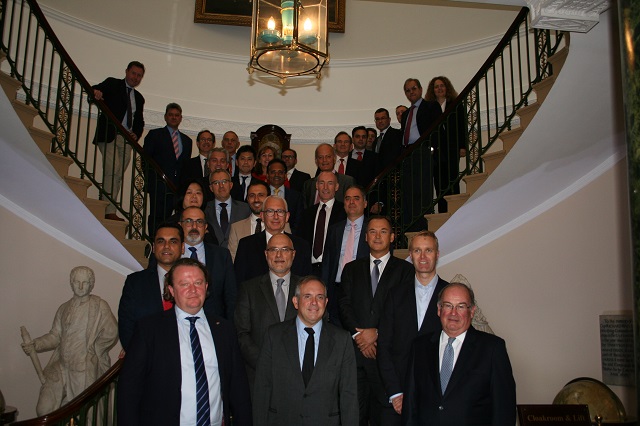