The success of the Australian-developed Berkeley Class pilot boat has been underlined with a second vessel ordered and delivered within 12 months of the first entering service.

AMG Winyama will work out of the Port of Dampier, Western Australia, for Argonaut Marine Group. Argonaut placed the order with Dongara Marine after being impressed by the performance and quality of the first Berkeley Class.

Developed to enhance safety and comfort for marine pilots, the design leverages the 40+ years of experience with high speed fishing, patrol and offshore crew boats that resides within Southerly Designs. The design’s ability to safely transfer Marine Pilots to ships in heavy weather has been proven by Berkeley, which has been in service at the Port of Fremantle since June 2015.

“We were also impressed with the quality Dongara Marine has instilled throughout. AMG Winyama has certainly lived up to the high expectations we had based on the Berkeley, and enhances our ability to provide safe, reliable, and flexible pilotage services.”

Berkeley operated for more than 3,000 hours in its first year, and the heavy workload pilot boats face is reflected in the specification of proven equipment that is rated for intensive commercial use. 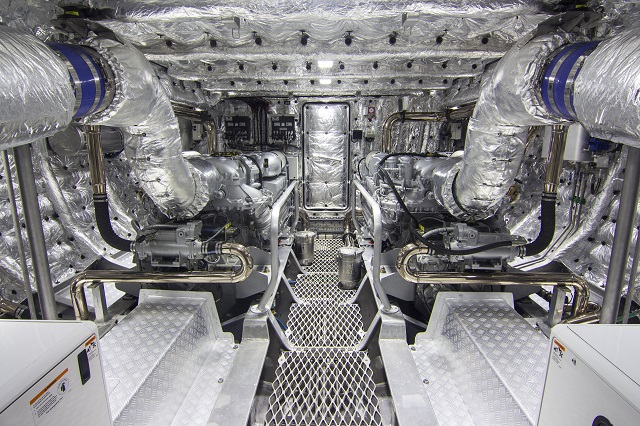 “While some pilot boats use engines rated for yachts and other low load profile applications, we firmly believe the engines and ratings we specify provide end users with greater long term value and performance as a result of their reliability, extended time between overhaul (TBO), and construction quality,” he continued.

To deliver AMG Winyama quickly, Niche Marine was contracted to fabricate its robust aluminum hull, which was trucked to Dongara Marine as a bare shell ready for the mechanical installation, fitout, and addition of the resin infused composite wheelhouse. This approach resulted in a build time of just over seven months.

The use of composites results in a very lightweight yet durable cabin that is protected against corrosion issues throughout its life. It also provides insulation from the extreme heat AMG Winyama will experience in the Pilbara. Further enhancing conditions for those onboard, the wheelhouse is resiliently mounted resulting in very low noise and vibration levels, while Dongara Marine’s composite construction techniques provide a near superyacht finish inside and out. 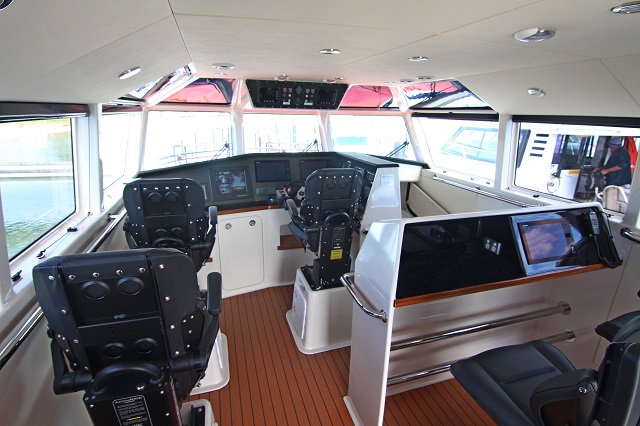 Also contributing to providing Pilots and crew with a quiet, comfortable work place is Dongara Marine’s high quality interior fitout. This is evident in features such as padded vinyl linings and the carbon fiber and leather dash. Direct glazed windows provide unrivalled 360-degree visibility and are fitted with reflective blinds to reduce heat transfer. Six Shockwave military specification shock mitigating seats add to the exceptional ride provided by the Berkeley Class hullform, whilst the ergonomic dash enables the skipper to easily access the full array of electronics.

These electronics include two Furuno Navnet multi-function (plotter, sounder, and radar) displays with 14.1 inch glass touchscreens (with a third screen at the dedicated pilot position). Dash clutter is reduced by a customized FinScan IntelliCORE digital switching system that enables switching for all circuits that require wheelhouse control – such as electrics, tanks gauges, vessel alarms, and electrical supply – to occur on a single 10 inch touchscreen.

Since it is lightweight and resiliently mounted, the wheelhouse can be simply removed if it is necessary to remove the main engines. Fitzhardinge says this feature allows for a more optimal pilot boat design.

“Whereas some designs have to compromise on the positioning of engines and superstructures to provide for full engine access, our design locates the engines in the best place as far as vessel balance and performance are concerned, while simultaneously positioning the wheelhouse for optimal functionality, visibility, and personnel comfort,” Fitzhardinge explained.

As an example, he notes the added functionality the more spacious aft deck and cabin of the Berkeley Class pilot boat provides. “It enables, for example, a stretcher-borne patient to be easily maneuvered on the sheltered aft deck and then into the safety and comfort of the cabin, something that is not possible on many pilot vessels,” Fitzhardinge said.

The high standard of construction, and regard for through-life reliability and maintainability, is evident in the spacious engine room, where polished copper nickel piping is used throughout the sea water system due to its higher corrosion resistance.

“The piping, and the choice of MOB recovery platform, are some of a handful of detail changes Argonaut, our owner’s representative IMC, and Dongara Marine agreed would enhance the original Berkeley design for operation and maintenance in the harsh Pilbara environment,” Argonaut’s Kim Lyons explained. “To their credit Dongara Marine worked extremely cooperatively to achieve our specific requirements. We would have no hesitation in going back to them for future projects.”

Dongara Marine’s General Manager, Rohan Warr, said combining talents was a key to the project’s success. “To deliver a vessel of the highest standard, Dongara Marine drew not only on our in-house capabilities but also those of specialist contractors who have gained their experience with the hard working vessels used in the demanding Western Australian rock lobster fishery,” he said.

“The contributions of all parties have combined to provide a first class pilot boat that will provide significantly lower operating and maintenance costs over its lifespan,” Warr concluded. 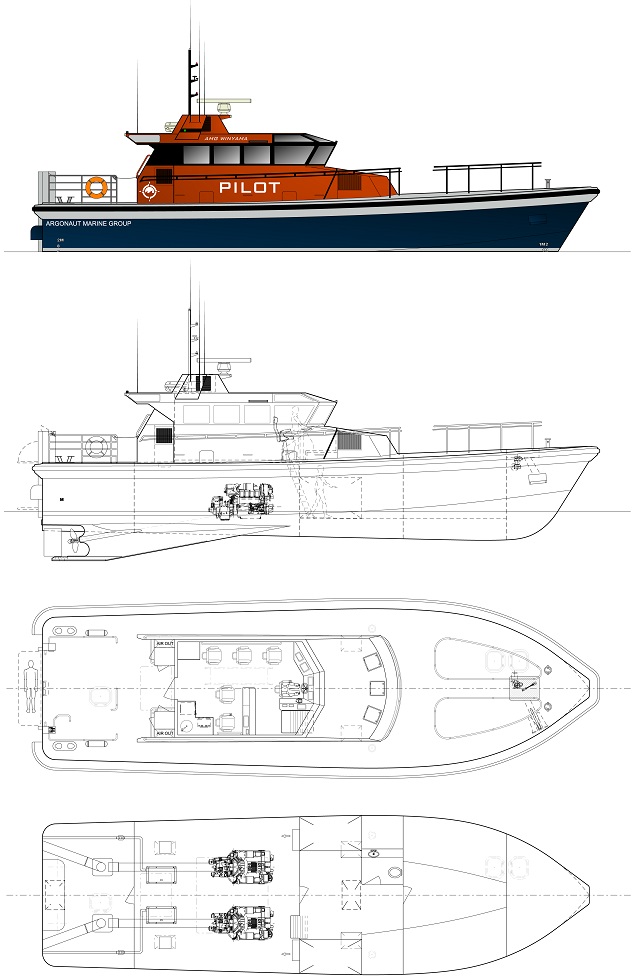