By 2020, the United States of America will join the ranks of the top three LNG producers. The increase in the supply of this fuel connected with this development will cause a departure from long term contracts to spot trading, Bloomberg reports. In other words, in the future, ongoing and consistent contracts will cease to be the basis for LNG trading in favor of spot prices - as in almost all other raw materials markets, especially oil.

The sudden prominence of the United States in this area is similar to the developments in the wind energy sector - as soon as the Americans seek to conquer a given business model, immense resources are invested until the goal is achieved. 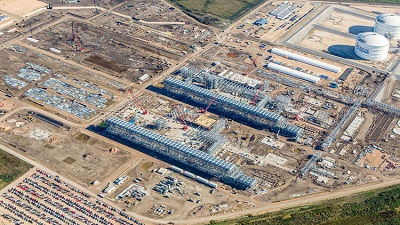 This can be observed with respect to Eagleville's Eagle Ford Field. Eagleville, Texas (near San Antonio) does not just generate ca. 238 million barrels of crude oil per year, but also natural gas. Additional fields have been developed in recent years in Texas, Alaska and California. The long-term goal of energy independence from Arab states appears to have been nearly achieved.

At this time, large quantities of LNG are exported through Louisiana terminals. Starting in 2017, a further LNG terminal is going to be inaugurated in Corpus Christi, Texas. Soon, large shipments of LNG will be sent intercontinentally by rail - according to a 2014 report by Reuters, the requisite plans are being initiated by BNSF (Burlington Northern Santa Fe) and CSX (Chessie System), although at the moment only transport of oil by rail is permitted. For LNG rail transport, technical and health permits are still required. 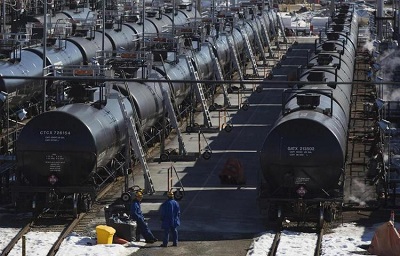 In Germany, LNG rail cars have already been developed: Chart Industries Inc. and Hamburg-based VTG AG have already run through the first developmental hurdles in the context of their joint venture (source: Reuters).

The terminal operator of Sabine Pass in Louisiana asserted that the United States would export 74 million cbm of LNG by 2020 - equivalent to 22 percent of global production. With this increased production, prices for U.S. LNG would move into line with prices for European LNG. In the end this ought to lead to a fusion of regional LNG markets to a global LNG market.

At the moment, American LNG costs only approximately 40 percent of European LNG - this equalizing market development may lead to lower costs for European LNG consumers, but to higher prices for U.S. LNG consumers. Even now, many consumers are distancing themselves from 20-year-long contracts, which have been the market standard up to now - instead, contracts with a runtime of 2-3 years are becoming more and more common.