Radar technology was developed during the Second World War, but it all took off following a decision that from 1942 all U.S. and British commercial vessels had to be equipped with radar to improve the safety of navigation as well as to enhance the detection of enemy ships.

It took quite some time until radar became common place on merchant ships of other flag. Radar was expensive and somewhat complicated for navigating officers to use. The presentation was in “relative motion,” relative in the way that the targets appeared on the screen, the PPI, to the own vessel, and this was sometimes difficult for the navigators to come to terms with. The officers on watch had to plot other ships with a pen on the PPI or on an accessory, a plotting screen.

To do this, a certain skill was needed because when two ships approached each other the navigators on each ship really had to know what they were doing. The term “radar assisted collision” was coined. 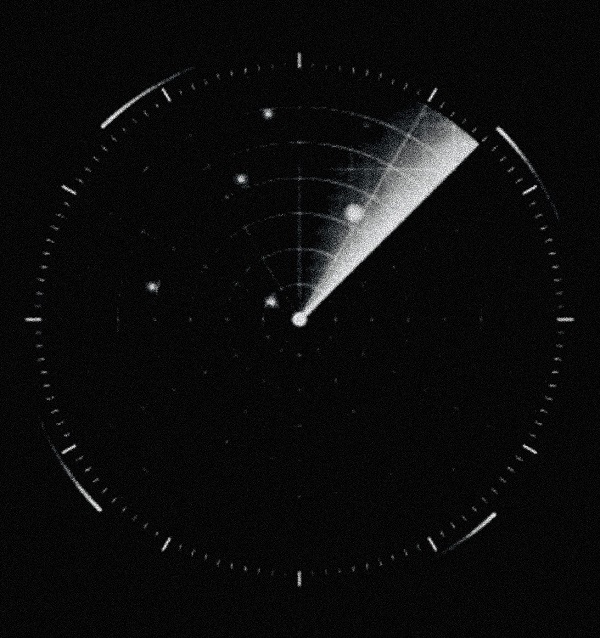 A relative motion radar display was a rather simple devise. The coils that provided the sweep and the radar signals were rotating, synchronized with the antenna communicating over slip rings. A micro switch signaled the heading (the course).

The sweep picked up and indicated targets that could be a foreign ship, a light house, a buoy, a mark or just sea clutter. The radars were equipped with electronic tubes, and their logic capacity were limited.

The next step in the development of merchant marine radars was the introduction of “True Motion.” In True Motion other ships occur as targets not sailing relative the own ship but instead sailing like the own ship “on a sea chart.” To accomplish this, some computer intelligence was needed.

In 1968, Salenrederierna of Sweden purchased its first set of True Motion Radars from Raytheon for installation in the tanker Sea Sovereign, the ship that had the first process computer onboard. These radars were equipped with an interesting analog computer that had several servo motors and receivers. This offered a very interesting experience, but its reliability was not very impressive.

Once navigators had been trained and got used to the capabilities of “True Motion” it turned out to be a big success.

With fixed coils and some computer intelligence the True Motion Radars became the platform for development of the first “Anti Collision Radars.” With fixed coils, vectors could be attached to the targets indicating their course and speed in true motion. This way, the navigator got much better input for decision-making.

Salenrederierna AB as always on the edge of technology acquired the first unit available, also this time from Raytheon and for delivery in 1972.

Automatic plotting had been specified, like rate of turn of targets, but as the antenna rotation was still the standard 25 rotations per minute each target was seen by the radar only every two seconds. Also the antenna beam angle was the same as in other Raytheon 10cm radars, so the targets appeared rather big. Before digital computer intelligence was available, it was hard to achieve early and accurate detection of foreign targets' course changes.

In the mid-1970s, a project began to examine alternative more advanced screens like those that existed for Air Traffic Control. We at Salenrederierna started a new project, this time also with the Swedish Ship Research Institute. The project was named “Ship Handling,” and it covered the layout of the navigation bridge recognizing radar as an essential navigation instrument.

We involved a company specialized in Air Traffic Control, and based on their displays, digital computer technology and experience, we designed the navigation system we wanted to see on our ships. We arranged a ground stabilized picture with light houses, buoys, marks and land-based restrictions, and we incorporated a video of the radar picture recorded on a ship sailing through the selected area. We also added fairway restriction lines to appear on the display.

When we were happy with the result, we invited the maritime industry for a demonstration. The reactions were positive, but comments were that “technology is not available at the price you are ready to pay,” without thinking that the digital technology at that time was developing at the speed of light.

Soon we got GPS, Electronic Sea charts, ECDIS and finally ECDIS integrated with the radar picture. The layout of the present-day navigation bridge is more advanced than we ever dreamed of in our project 40 years ago.