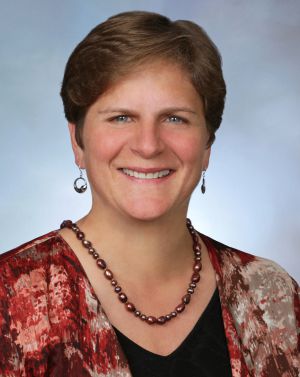 Ballast water management has been one of the most challenging and oftentimes frustrating regulatory issues of the past decade. The principal reason is that the international regime under the International Maritime Organization’s (“IMO”) Convention on the Control and Management of Ships’ Ballast Water and Sediments (“Convention”), and the U.S. regime under the National Invasive Species Act (“NISA”), are not quite in sync when it comes to approving equipment to meet the standards set forth in the Convention and the U.S. Coast Guard’s (“USCG”) NISA regulations.

The fact that the IMO and USCG testing protocols for ballast water management systems are not aligned, and that ballast water management systems can be type-approved under one regime and not the other, has created a conundrum for shipowners, especially now that the Convention enters into force in September 2017 and compliance with both regimes will be required on a phased-in schedule. Ideally, these compliance schedules will be able to align because shipowners obviously want to invest capital only once to comply with both regimes, and should not be put in the position of making a significant capital investment to comply with the IMO regime unless it will also comply with the USCG regime. This may not be practically possible as things stand now. It is also imperative that shipowners are able to install a system that actually works and some of the systems approved per the Convention have raised questions in this regard.

To recap, the trigger for compliance with the Convention’s requirement for installation of a ballast water treatment system is the first IOPP renewal survey after September 8, 2017, the entry into force date of the Convention, though there are ongoing discussions about moving this date out a couple years. The trigger for compliance with the USCG’s regulations, which are completely separate and distinct from the Convention as the United States is not party to the Convention, is the first drydock after January 1, 2014 or January 1, 2016, depending on the vessel’s ballast water capacity. The compliance options under the USCG regime are: 1) install and operate a USCG type-approved ballast water management system (there are now three, with a fourth in the pipeline, but there are operational restrictions for each); 2) use water from a U.S. public water system (not practical, save for some domestic operators); 3) use an IMO-approved and USCG-authorized Alternate Management System (“AMS”) for up to five years from the vessel’s compliance date (not practical, absent some guaranty of USCG type-approval, which is unlikely); 4) do not discharge ballast water into U.S. waters (not practical); or 5) discharge ballast water to an onshore facility or to another vessel for purposes of treatment (not available).

To make the compliance process more reasonable at the outset (because until December 2016 there were no USCG type-approved systems), the USCG implemented an extension policy and issued extensions to the original compliance dates to nearly 13,000 vessels. Much has changed now with the extension program in light of the USCG type-approvals for three systems: Optimarin, Alfa Laval, and OceanSaver. The first two systems treat ballast water with filtration and ultraviolet light, and the third with filtration and electro-dialysis, to reduce the number of living organisms to below the regulatory limits.

These systems are complex and technical specifications must be evaluated in depth to determine if these systems are appropriate for a particular vessel. Key issues include flow rates, hold times, power level/consumption, water temperature, and size and place requirements. These key parameters are listed in each system’s individual type-approval certificate. For example, the Optimarin and Alfa Laval systems have 72-hour hold times, which may prove challenging for many vessels trading to the United States, depending on their routes. Similarly, the OceanSaver system requires venting of hydrogen gas, which may prove difficult for some types of vessels.

These three type-approvals have prompted the USCG to reevaluate its extension program, which has become much more stringent in the past few months and even more stringent on March 6, when the USCG published the Marine Safety Information Bulletin OES-MSIB 03-17, Ballast Water Management (“BWM”) Extension Program Update. To summarize the evolution:

- Before, extensions to the compliance date were easy to get as there were no USCG type-approved systems and other compliance options were generally not practical. Now that there are three type-approved systems, shipowners must justify why those systems are not appropriate for a particular vessel if an extension is desired. Plus, depending on the particular situation, shipowners will need to evaluate what they need to do to come into compliance, including providing a strategy and path forward, which may include a timeline and installation plan.

- More importantly, extensions will no longer be tied to a vessel’s drydock date and will only be issued for shorter periods of time base on the analysis/information contained in the extension request.

- Original extension requests were required to be submitted 16 months to one year in advance and determinations were made expeditiously, usually within a month or so. Now, that is not necessarily the case, with determinations sometimes not being made until drydocks are less than one year away.

- Supplemental extensions were originally required to be submitted 90 days in advance, but now it is one year, like with the original extension request.

- Before, vessels with AMSs could also get extensions. Now, if a vessel has an AMS installed, it will not qualify for an extension and will be required to use the AMS, which can be used for five years after the vessel’s compliance date. In fact, some extensions are believed to have been rejected for this very reason. In addition, now that USCG type-approved systems are available, a vessel will not be permitted to install an AMS—it will need to install a type-approved system if it is appropriate for the vessel.

- And, importantly, the USCG confirmed that existing extensions will be honored until the date specified in the letter.

Planning Ahead for Compliance

Some of these changes happened on a somewhat ad hoc basic, but now that the new policy is published, there may be some more predictability and certainty going forward. In that vein, owners should begin planning for compliance, as the USCG, when considering extensions going forward, will want to see a company’s plans for coming into compliance. In other words, while the USCG is evaluating the justifications for not installing the three current USCG type-approved systems, it will also want to know the company’s plans for the future—what type of systems will the vessels need, what flow rates, how much power, how big of a footprint, likely location of installation, whether the company has had any discussions with manufacturers, and the like.

As such, shipowners must ensure the proper management of ballast when operating in waters subject to U.S. jurisdiction, which includes utilizing one of the compliance options available or ensuring that the vessel has a valid extension to its compliance date. And, very importantly, shipowners should plan now for compliance in the future.

Prior to joining Blank Rome, Ms. Grasso worked in the Office of Congressional Affairs at the National Oceanic and Atmospheric Administration (“NOAA”) handling fisheries and oceans matters. She also served as staff to the House of Representatives’ Committee on Merchant Marine and Fisheries.