Hywind Scotland, the first floating wind farm in the world, has started to deliver electricity to the Scottish grid.

The 30MW wind farm, operated by Statoil in partnership with Masdar, is located 25 kilometers offshore Peterhead in Aberdeenshire, Scotland, and will power approximately 20,000 households.

The onshore operations and maintenance base for Hywind Scotland is located in Peterhead, while the operations center is located in Great Yarmouth. Linked to the Hywind Scotland project Statoil and partner Masdar will also install Batwind, a 1MWh Lithium battery storage solution for offshore wind energy. Battery storage has the potential to mitigate intermittency and optimize output. 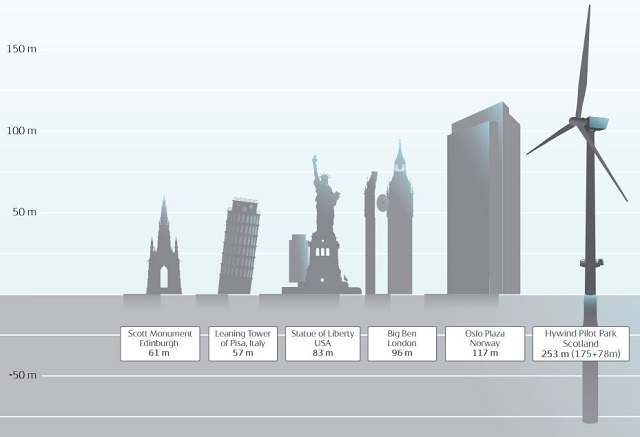 In recent years, there have been significant cost reductions in both the onshore and bottom fixed offshore wind sectors. Floating wind is expected to follow a similar downward trajectory over the next decade, making it cost competitive with other renewable energy sources.

“Hywind can be used for water depths up to 800 meters, thus opening up areas that so far have been inaccessible for offshore wind,” says Irene Rummelhoff, executive vice president of the New Energy Solutions business area in Statoil. “Statoil has an ambition to reduce the costs of energy from the Hywind floating wind farm to € 40-60 €/MWh by 2030. Knowing that up to 80 percent of the offshore wind resources are in deep waters (+60 meters) where traditional bottom fixed installations are not suitable, floating offshore wind is expected to play a significant role in the growth of offshore wind going forward.” 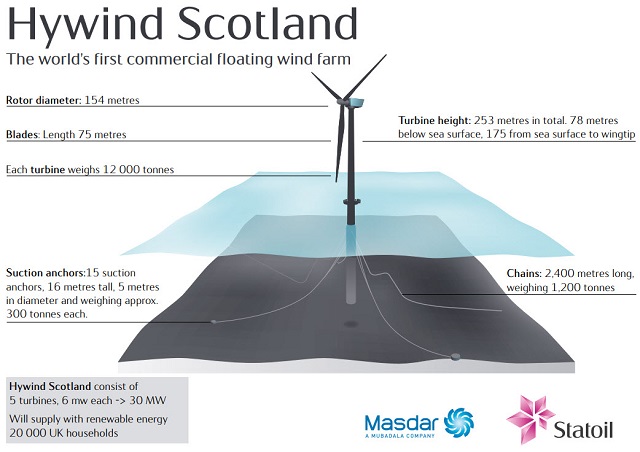 50 sailors aboard the French Navy carrier Charles de Gaulle have tested positive for COVID-19, the service said in a statement Friday.  The French Navy announced Wednesday that there were 40 suspected cases on board, and it dispatched a team of medical specialists to the ship to conduct testing and containment efforts. 66 individuals were tested and the kits were flown back to shore for laboratory analysis; the results showed 50 positive cases.  Since Wednesday, the health condition of the...

One employee at the Port of Virginia has tested positive for the novel coronavirus, port officials confirmed in a webcast on Thursday. The individual was last at his post at Virginia International Gateway on March 21, and areas where he had visited have been carefully sanitized by a specialist contractor. One colleague had come into contact with him, and that individual has been identified.  The case has not had any operational impact on the port. In a new precautionary measure,...

The master of the bulk carrier Tomini Destiny who refused to offload cargo at Chittagong Port, Bangladesh, because stevedores might pose a COVID-19 threat to the crew has now accepted a mediated solution for his concerns. He initially raised concerns with the vessel owner of the potential for close interaction with up to 60 local stevedores who would ordinarily remain onboard during cargo off-loading operations. He asserted his position based on having been in command since September 7, 2019, his first-hand...