World's Largest Icebreaker is Under Way at Last

The Rosatomflot-operated nuclear icebreaker Arktika has departed St. Petersburg, bound for Murmansk on her maiden voyage. This final milestone in the long saga of her construction marks a new record, as she is now the world's largest and most powerful operational icebreaker. With twin reactors generating a combined 350 megawatts (470,000 horsepower), she may well be the world's most powerful civilian vessel.

The two-week trip will give her operator a chance to test her out in open seas and in ice, according to Atomflot General Director Mustafa Kashka. "During the voyage, the Arktika will go into the ice, passing north of Franz Josef Land (83 degrees North latitude)," he said.

Arktika and her four future sister ships were ordered by Rosatom for deployment along Russia's icy Northern Sea Route. Russia wishes to promote it as an alternative to the Suez Canal, but for most of the year it is only usable with a costly icebreaker escort. To solve this challenge, Russia aims to build a heavy icebreaking fleet of 13 vessels. (By comparison, the United States operates one heavy icebreaker, with as many as three more planned.) 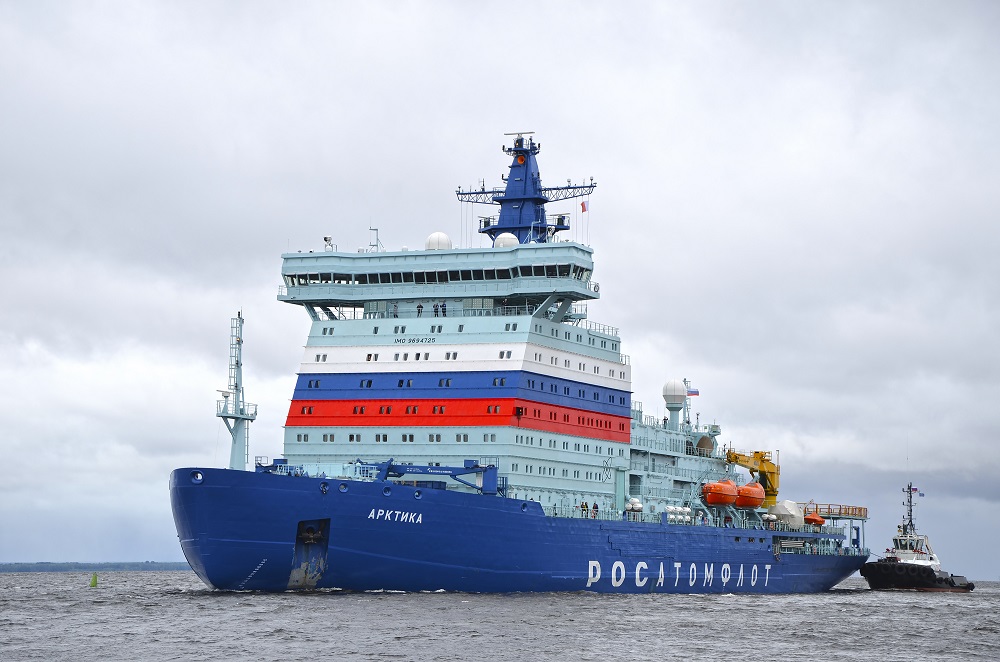 “The creation of a modern nuclear icebreaker fleet capable of ensuring regular year-round and safe navigation through the entire Northern Sea Route is a strategic task for our country,” said Vyacheslav Ruksha, the head of the Rosatom Northern Sea Route Directorate, which manages the waterway.

The $580 million Arktika was initially scheduled for delivery in 2017, but the program has suffered a series of delays. Sea trials began in late 2019 for delivery in May 2020, but she sustained a propulsion motor failure during trials and had to undergo repairs.