The world’s largest cruise, the 236,857 gross ton Wonder of the Seas being built in France is conducting its first sea trials in the Bay of Biscay. Being built for Royal Caribbean International, the cruise ship is the fifth in the Oasis-class, but due to modifications will be approximately four percent larger that the previous ship of the class that was introduced in 2018.

The Wonder of the Seas departed the Chantiers de l’Atlantique shipyard in Saint-Nazaire, France on August 20 for four days of preliminary sea trials. During the first voyage the cruise ship will undergo tests on its propulsion and navigation systems, ranging from speed to fuel consumption, stability, noise and vibration measurements.  The Wonder of the Seas is due to return to the shipyard on Tuesday, August 24 where it is currently being outfitted. Final sea trials will be conducted in early 2022.

Assembly of the new cruise ship began on October 10, 2019 when the first block was lowered into the dry dock. The first section was a 970-ton block, measuring 155 feet by 65 feet and construction was expected to be completed in 2021.

The pandemic delayed construction of the cruise ship with its float out postponed till September 5, 2020. Delivery is now anticipated for February 2022. Her maiden voyage is scheduled for March 26, 2022 from Shanghai, which will be unique as it will be the first time Royal Caribbean International has deployed one of its biggest cruise ships in Asia. During the winter of 2022-2023 the Wonder of the Seas is scheduled to sail from Hong Kong.

As the fifth ship of the Oasis-class, the Wonder of the Seas has similar features to the prior cruise ships as well as some enhancements and modification designed specifically for the Asian market. Passengers will find many of the signature amenities of the class, including an open-air park, the AquaTheater, waterslides, and even a zip line suspended above the ship. There will also be 20 restaurants and 35 bars for the passengers. New to the Wonder of the Seas is a suite enclave area offering a restaurant, lounge, and deck space reserved for passengers sailing in the cruise ship’s suites. 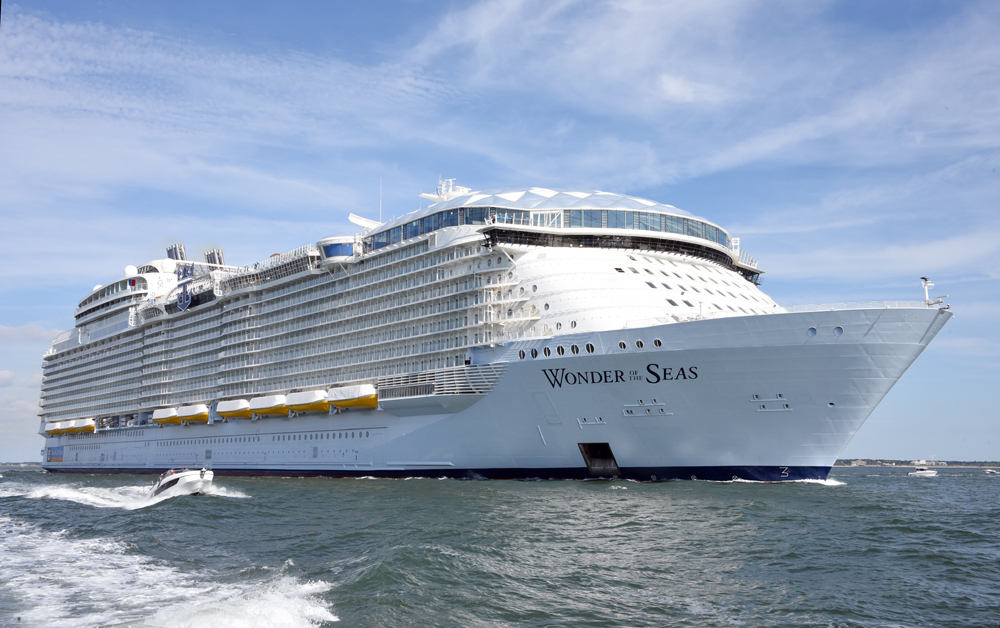 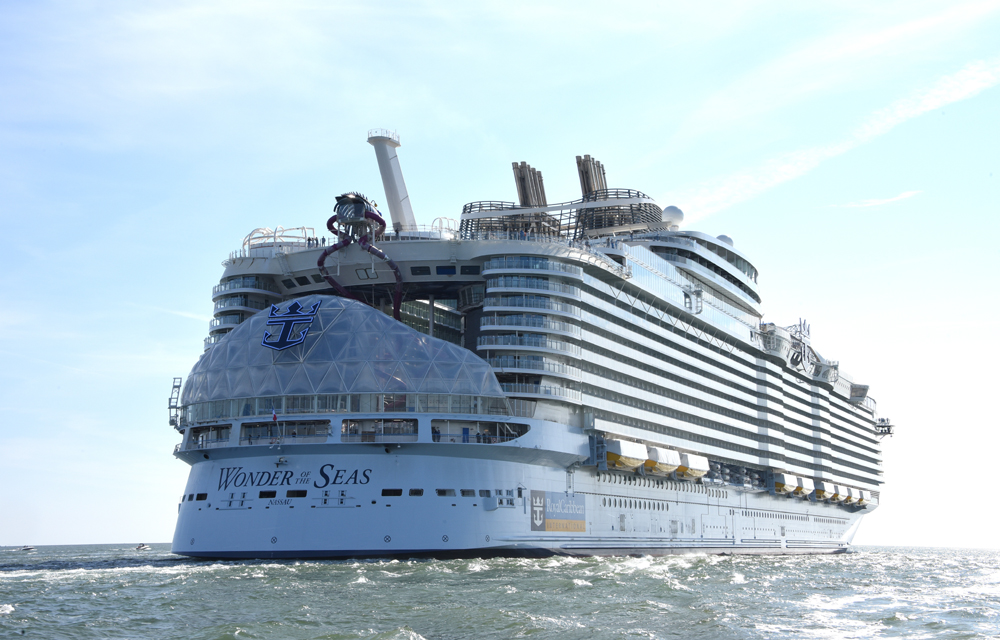