The electrolyser is housed in a standard 20’ by 10’ ISO container with hydrogen generation capacity of up to 220kg/24hours.

Neil Kermode, Managing Director of EMEC, said: “Whilst the initial driver behind buying an electrolyzer was to provide a storage solution to circumvent local grid constraints, the purchase has sparked off other pioneering projects around Orkney looking to use hydrogen in various means. So we’re now looking towards the development of a hydrogen economy in Orkney.

“One of the most promising uses of hydrogen is as a fuel for transport, as it emits no carbon when it is consumed and, providing it’s generated by clean renewable energy sources, it becomes a carbon neutral fuel source. Therefore, we could see green hydrogen, over time, replace polluting fuels in our cars, vans and ferries.”

EMEC’s investment in hydrogen production capability has been made possible by funding from the Scottish Government, made available through Highlands and Islands Enterprise.

ITM Power, a specialist in the manufacture of integrated hydrogen energy systems, won a competitive tender to supply a system to EMEC back in 2015. The system’s principal component, a 0.5MW polymer electrolyte membrane (PEM) electrolyzer comes with integrated compression and up to 500kg of storage.

One of the projects that will be using EMEC’s electrolyzer is the Surf’n’Turf project being led by Community Energy Scotland in partnership with Orkney Islands Council, EMEC, Eday Renewable Energy and ITM Power. The project will see the electrolyzer producing hydrogen using electricity from EMEC’s test site as well as power from a 900kW Enercon wind turbine owned by the Eday community. The hydrogen will then be transported to Kirkwall, where a fuel cell installed on the pier will convert the hydrogen back into electricity for use as auxiliary power for ferries when tied up overnight. The project is also developing a training program with a view to green hydrogen eventually being used as a fuel source on the inter-island ferries themselves. 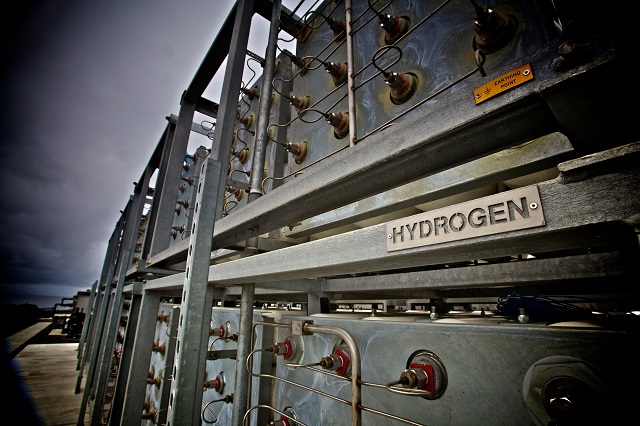 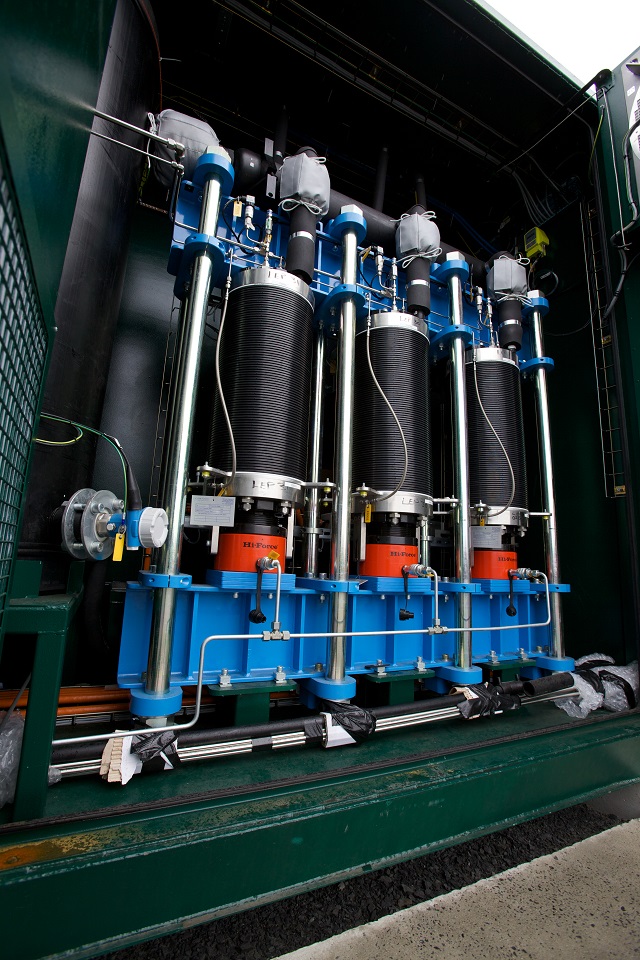