Wellington Gets the First Electric Ferry in the Southern Hemisphere

Operator East by West Ferries has launched the first all-electric ferry in the Southern Hemisphere, the Ika Rere. The new vessel will serve commuters on a cross-harbor route in Wellington, New Zealand.

The 19-meter ferry can carry about 130 passengers across the harbor at a comparatively high operating speed of 20 knots. It is designed to make a full round trip of about 14 nautical miles between each round of dockside charging. Each time she returns to her charging berth, she will have 15 minutes to top up her batteries while passengers disembark and board. The ferry will be charged at its overnight berth during its first year of operation.

When compared to a diesel-powered alternative, Ika Rere is expected to save about 640 tons of CO2 per year. Decarbonization is a high priority for Wellington's city council, and about half of the city's emissions come from transportation - making an electrically-powered ferry an ideal project. 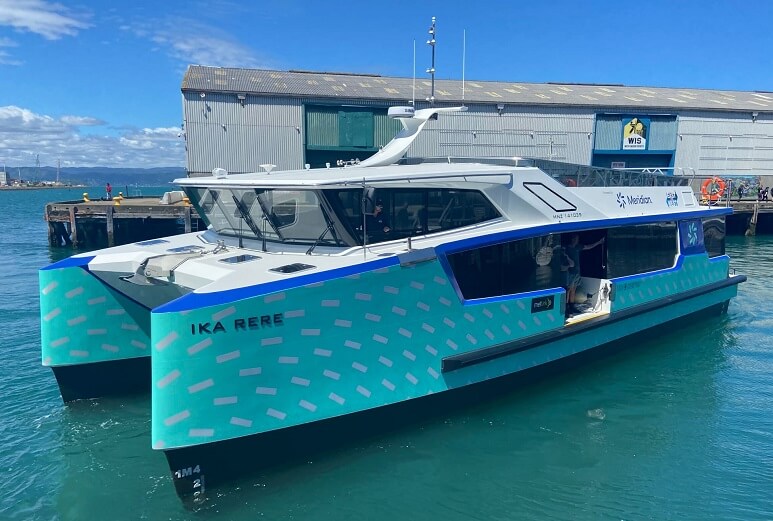 According to drivetrain builder Danfoss, the ferry's power comes from two propulsion motors, an AC grid and six DC/DC converters, which are connected to the vessel’s batteries. All are electronically-controlled.

“While Ika Rere has cost more than an equivalent-sized diesel boat, we will make savings back over time thanks to its cheaper running costs. The ferry’s electric motors . . . require less maintenance than traditional diesel versions. The cost of charging the vessel’s batteries is also significantly less than filling it up with diesel," said Jeremy Ward, the managing director of East by West Ferries.

New Zealand will also be the home of one of the world's first all-electric tugs, the Damen-built harbor tug Sparky, which is expected to deliver shortly.