Huntington Ingalls Industries has cut for steel for the first Columbia-class submarine at its Newport News Shipbuilding division.

The 560-foot (171-meter) USS Columbia (SSBN 826) will be the lead ballistic missile submarine for the class, which will replace the U.S. Navy's Ohio-class submarines. The new class will be the first to be built using fully digital blueprints.

Newport News is a major contractor and shipbuilding partner in the Columbia-class program and is performing advance construction activities under a contract the shipyard received from General Dynamics Electric Boat.

Construction of the 12-boat Columbia class will take place in Virginia, Rhode Island and Connecticut, with Electric Boat assembling and delivering all of the submarines.

The submarine is planned to have a 42-year service life and it's nuclear fuel should be sufficient to power the submarine for its entire expected service life, unlike the Ohio-class submarines, which require a mid-life nuclear refueling.

The lead boat is scheduled to be delivered to the Navy in 2027. 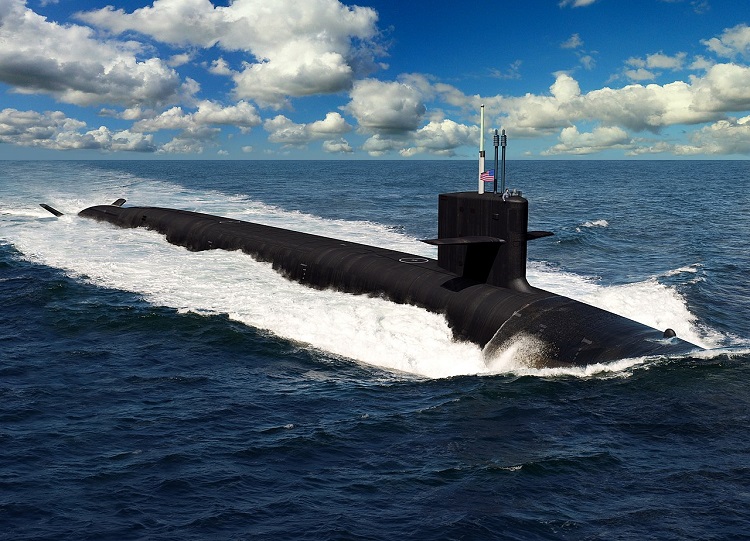