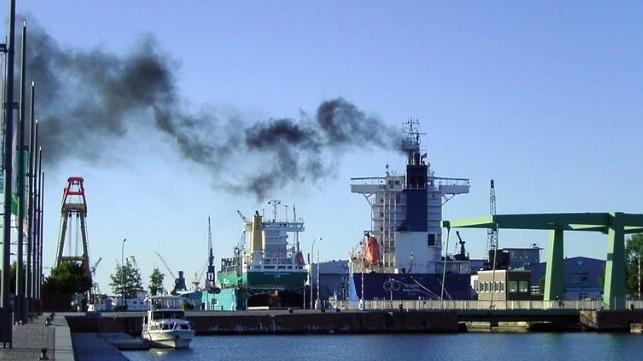 Environmental NGO Greenpeace reported Monday that Polish border guards forcibly boarded its sailing ship, the Rainbow Warrior, as she was engaged in a protest of the arrival of a bulker delivering coal to the port of Gdansk.

Poland derives about 80 percent of its power from coal, and about 25 percent of its supply is imported. Greenpeace is campaigning to end the use of coal, the most carbon-intensive fuel source presently available on the market. The action targeted the bulker Indian Goodwill as she arrived at Gdansk from Mozambique, where coal production is undergoing a revival after years of stagnation.

In a tightly-edited video posted to Twitter, Greenpeace showed the confrontation between the Rainbow Warrior and Polish customs officials. It appears to show heavily-armed agents breaking into the vessel's wheelhouse and ordering the crew to lie on the deck.

"Yesterday evening we started a peaceful protest to stop the coal transport to Poland, it went on for several hours but the border guard ended up assaulting us with machine guns and towing us away. That wasn't enough to deter us," Greenpeace said in a statement.

Polish officials told media that 18 activists from the vessel were brought in for questioning, and two - including the Rainbow Warrior's captain - have been detained on suspicion of violating maritime regulations. The agency asserted that the captain had refused border agents permission to come aboard.

AIS tracking showed the Indian Goodwill alongside a coal terminal at Gdansk as of Tuesday evening. The Rainbow Warrior was stationary at a position just off the port, attended by a Polish customs vessel.