A group of researchers from Spanish university ULPGC has obtained the first underwater ROV footage of the lava delta that the Cumbre Vieja eruption is creating along the coast of La Palma.

The ULPGC's QUIMA oceanographic research group was on scene last week to explore the lava delta with an underwater video camera and a small ROV. The footage may help to understand the impacts and the evolution of the flow where it reaches the sea. QUIMA researchers have also been measuring the chemical and physical properties of the water in the delta zone. 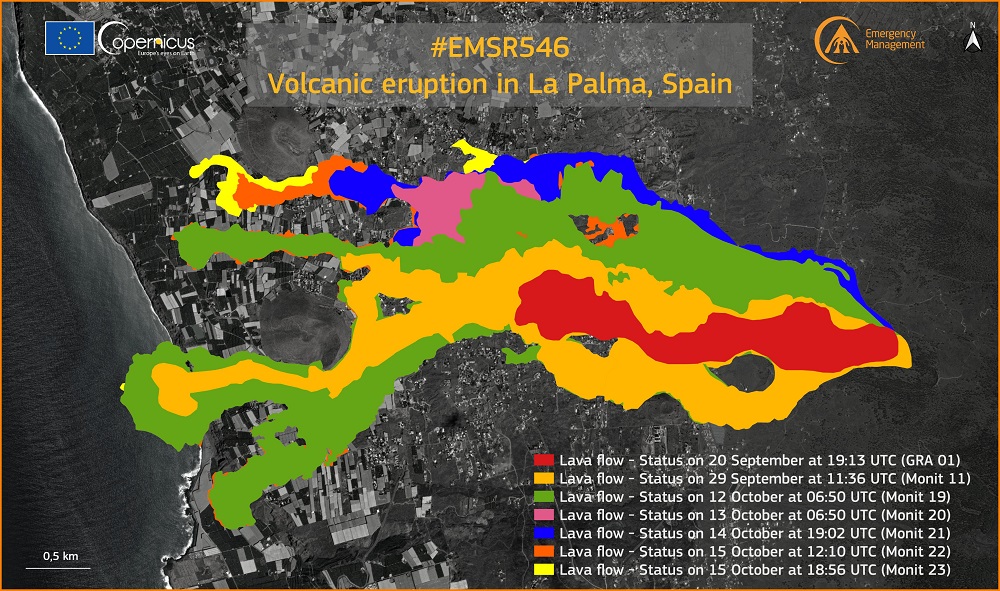 A volcanic vent has been spewing lava onto the southwestern slope of La Palma since September 19, destroying about 2,000 buildings and covering about 1,800 acres of land. About 7,000 residents have been evacuated from the danger zone, and air travel to the other Canary Islands has been periodically interrupted. Ferry operators have stepped up services in order to ensure continuity of access for first responders and relief organizations.

Last week, the lava flow expanded with a new northern stream, destroying additional buildings as it carved a new path downslope towards the La Costa district. Scientific experts and government officials have said that they do not expect the eruption to slow down in the medium term.