A containership approaching the dock in Kaohsiung, Taiwan misjudged distances causing an allision with a second, docked containership and then its bridge wing struck the container crane servicing the vessel. During the chain reaction, one of the port’s large container cranes toppled over, a second crane was damaged, and containers were also damaged. Officials reported that one crane operator was taken to the hospital while two others needed to be extricated from the tangled wreckage of the cranes.

The incident began when the 90,000 dwt containership OOCL Durban, operated by Orient Overseas Container Line, was approaching the port at mid-day on June 3. The vessel, which has a normal capacity of 8,476 TEU, was empty and repositioning in the port to berth 66. On berth 70, the YM Constancy, a 37,435 dwt containership owned by Yang Ming Marine Transport, was conducting container operations.

Officials from the Kaohsiung Port Authority told local media that the harbor master’s office believed the vessel OOCL containership was coming in too close and repeatedly radioed to the vessel and its pilot. They said they received no response from the vessel.

The OOCL Durban sideswiped the docked vessel and clipped the crane, setting off the chain reaction caught on videotape. Workers on the pier can be seen running as the vessel strikes the docked ship and crane. and then the collapse of the crane begins. Port officials said that the collapsing crane damaged the second crane and causing it to derail. Between 30 and 50 containers were also reported damaged.

Rescue workers freed one worker who was taken to the hospital with a cut on his arm, abrasions on one foot, and at the hospital, he was being checked for internal injuries. Two other workers on the crane were trapped in the wreckage, and it took rescuers an hour to free them. Both were reported uninjured.

The OOCL Durban later docked at its assigned berth. Yang Ming reports that a visual inspection showed no significant damage to its vessel but that divers would be conducting a survey. The container operations, however, remain suspended for the vessel. Port officials estimated the damage to the two cranes to be in the tens of millions of dollars. 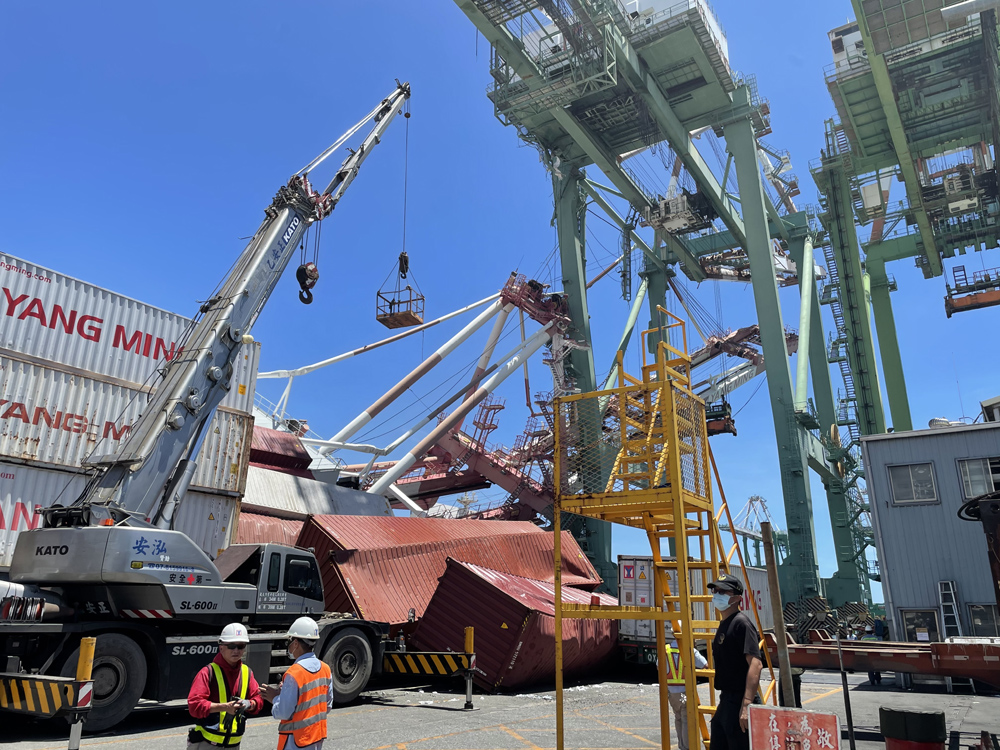 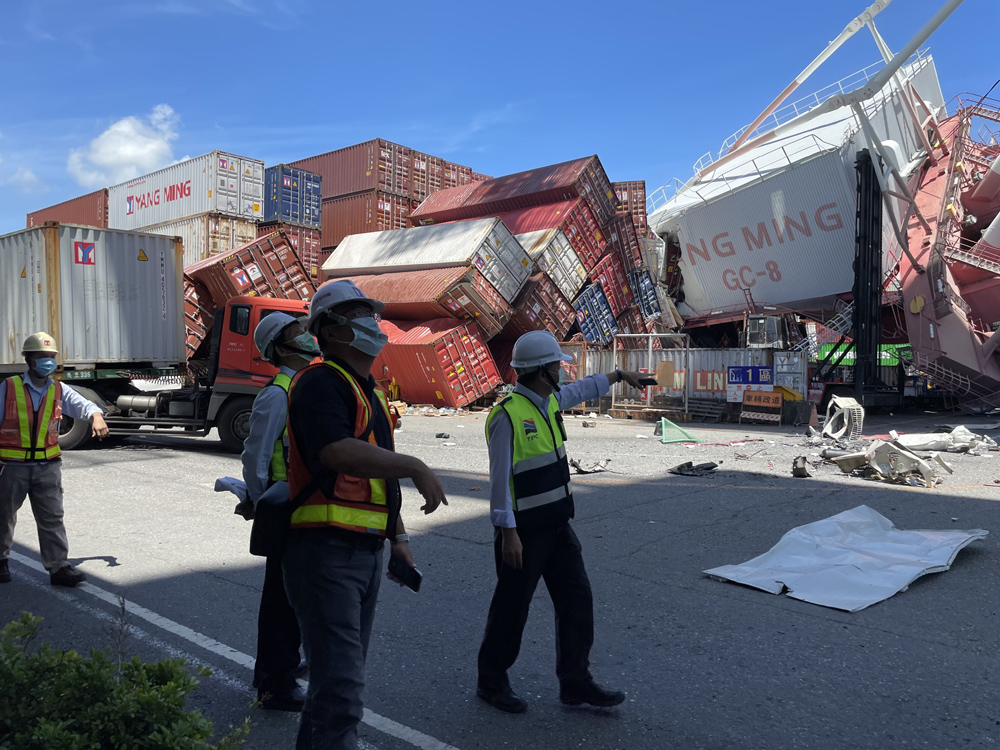